Istanbul is a magical city. You feel it in almost everything but mostly in Bosporus at sunset, night and to be honest, all the time. The magic that wraps you with strange energy is not just because of the magnificent landscapes. Istanbul is enchanting because the city is rooted in many different ethnic and religious civilizations.

Armenian architects have shaped the city with powerful and magnificent mosques, caravansarays, inns, bridges and many other artifacts. During the 15th century, between the land and sky, Turks, Greeks, Armenians, Bulgarians, Serbians and Jews lived quite happily in this magical city. Diversity was the main feature of the empire. All in all those times were the best years for Istanbul.

Everyone knows how this extraordinary cosmopolitan atmosphere split up and resulted in tragedy.

And in the new millennium, some Turks remember once again there are minorities in Turkey. Thanks to ultra-nationalists, there are only a few Armenians and Greeks in Turkey, especially in Istanbul. But there are many Kurds in southeast of Anatolia and Istanbul. The Kurdistan Workers’ Party movement or PKK, which has been labeled as a terrorist organization by the United States and the European Union, has been fighting an armed struggle against the Turkish state for an autonomous Kurdistan and greater cultural and political rights for the Kurds in Turkey since 1984. They have achieved some cultural and political rights, but the civil war still continues and nobody knows when and how it will end.

Most Istanbul residents go to seaside resorts or Anatolian villages to cool off during the summer season. On the other hand, they organize concerts for locals. The latest featured the band “Kardeş Türküler” which can be translated as “Brotherhood Songs” or “Songs of Fraternity” in Harbiye. Kardeş Türküler was founded about 15 years ago as a result of concerts series given by the music branch of the Folklore Club at Boğaziçi University in Istanbul. The diverse ethnic groups in this ancient part of the world initially gave cause for the concerts to have artists perform interpretations of Anatolian folk songs in Turkish, Arabic, Kurdish, Assyrian, Azerbaijani, Georgian and Armenian.

This time they were not alone in this concert. They had guests, brilliant Armenian musicians Arto Tuncboyaciyan and Ara Dinkjian.

Tuncboyaciyan, who has appeared on more than 200 records all around the world and worked with numerous jazz legends, fronts his own group called the Armenian Navy Band. His compositions have been recorded in 13 different languages by some of the most celebrated singers and musicians throughout the world. And the greatest Turkish pop singer, song-writer and producer who sold over 40 million albums worldwide, Sezen Aksu, was another special star at the concert. In addition to her singing career, Aksu has an interest in social issues, including women’s rights and educational reform in Turkey. She also pledged her support for the “Kurdish Initiative,” a 2009 government-led proposal which contained uncertain progressive policies about Kurdish identity but failed after mutual provocations. She has worked with Ara, Arto and Arto’s brother Onno, with whom she had a love affair with until he tragically died in a plane crash in 1996. 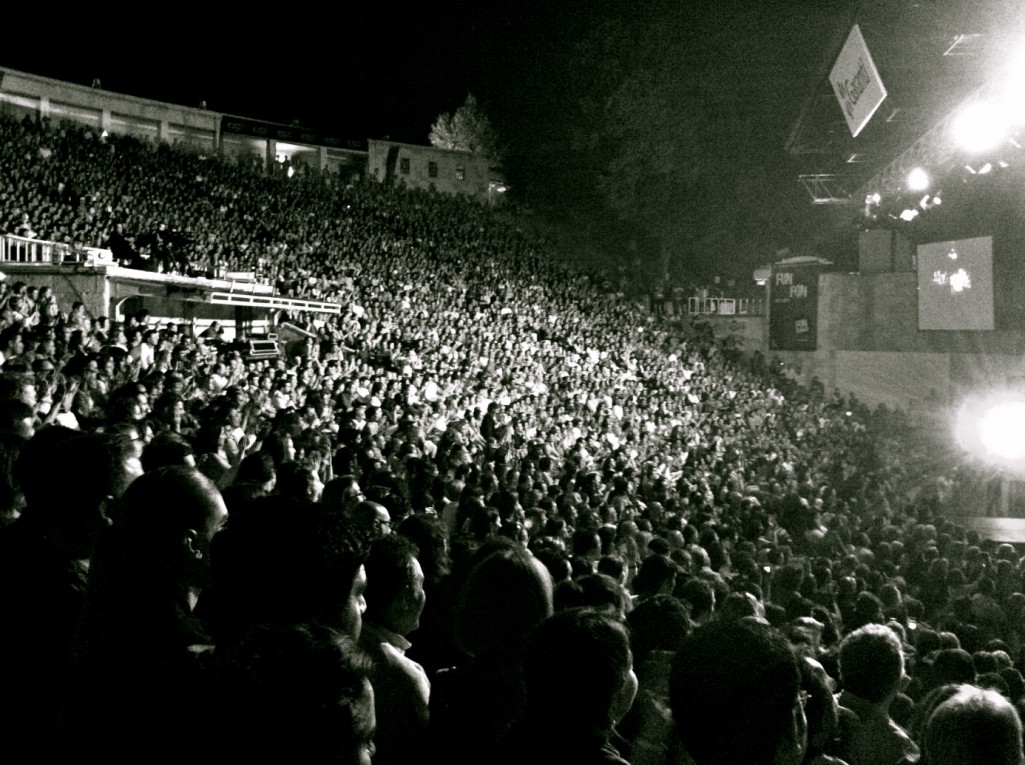 The Harbiye open air amphitheater has a capacity to hold around 5,000, but the place was overflowing that night, not only in the concert hall, but around it.  People had even huddled on the stairs to watch. Much of the audience was young and ready for what the concert had in store.

Famous Kurdish folk and jazz singer Aynur Doğan was booed for performing Kurdish songs at Istanbul Jazz Festival in same place two months ago. She had been announced as one of the participants for this concert, but she didn’t perform,  citing personal health problems.

“Kardeş Türküler” showed up first with a crowded dance group. Their first message was that they wished to see doves flying over mountains. With mountains being associated with war and the struggles of rebels in Anatolia’s history and doves with peace,  the group was conveying a message of harmony.

All group members wore a mix of traditional and modern white costumes. You could see their aura, it was like a white flame.

Another interesting view on stage was that of a female musician wearing a modern hijab, regarded by secular elites as anti-secular and anti-Kemalist playing electro-guitar. The way she played solo was amazing, as was her harmony with her instrument.

When the members of the group presented Tuncboyaciyan on stage, the entire hall erupted in applause. He joyfully bowed to his fans. He played drums with the group, then they performed Turkish, Kurdish, Balkan and Chechen songs with modernized folk dances.

It was Arto’s time to make a great show. He sang one of his own songs in Turkish while he was playing drums. Then he left his chair and walked to the middle of the stage to sing an Armenian song with thousands; “Haydo”. It was the most amazing moment, everybody joined in the chorus for this touching song which was about a little Armenian boy living in the hillsides. Then, he decided to use a water bottle as an instrument. He didn’t like the sound at first, and so the celebrated musician spilled some water to adjust the balance and then continued, which resulted in another speechless moment.

It was kind of Arto’s night. He said he didn’t have hate and vengeance inside himself. He asked all people to be honest, sensible and decent. He added “whenever a baby is born, a fresh hope is born with him too, never give up demanding peace”. He sang another song but then went on to chat with the audience as well,  explaining how him and his friends were caught in an aircraft to Rome while smoking secretly, he made jokes with a Turkish TV star so he made fun with his friends and made laugh all others.

After a break, a melody played by cümbüş (Middle Eastern oud like instrument) was heard while the stage was lit once again. This time, Ara Dinkjian was on stage. He was here in his own country once again though he has called New Jersey home for many years. After a wonderful solo greeted by applause, the charming Sezen Aksu showed up. She sang one of her famous songs composed by Ara. Then he played the oud and Sezen went on singing his other famous songs once again. One of them included Rumi’s amazing words:

“…The past has vanished, everything that was uttered belongs there; Now is the time to speak of new things…”

When she was on stage, Onno’s daughter Ayda accompanied them with violin and Arto with drum. Arto was so joyful, they talked about Onno as his name was written on Arto’s shirt. Sezen said “there are many things we don’t know but I feel he is around here,” adding, “thanks to Kardeş Türküler for reminding us we are all brothers.” 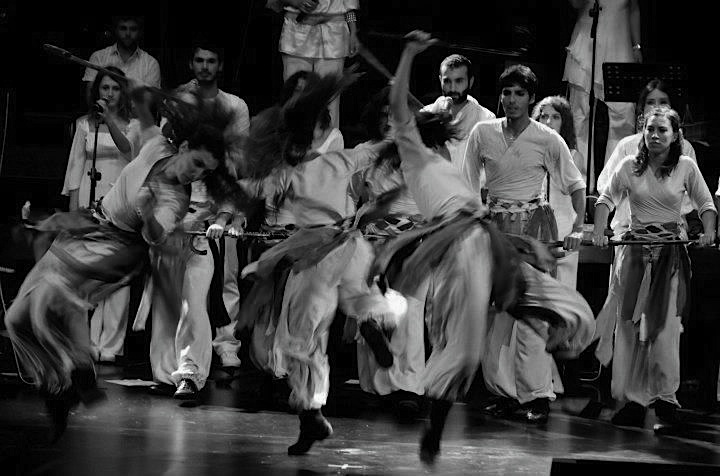 People shouted persistently for an encore and the group obliged, finishing the concert with traditional dances.

The concert made us more hopeful for the future but it raised some questions which made some things more complicated. Why can’t people live together between the land and the sky in this small world, why can’t they be more tolerant to each other, why can’t they see the beauty in diversity and finally why do ultra-nationalists have louder voice than peace loving people in all around the world?

A native of Turkey and graduate of Istanbul University, Poe is interested in diversity, history, Armenian culture and historical conflicts in the Caucasus. He expects not to see borders and hostilities anymore.