By Contributor December 1, 2009 in Society 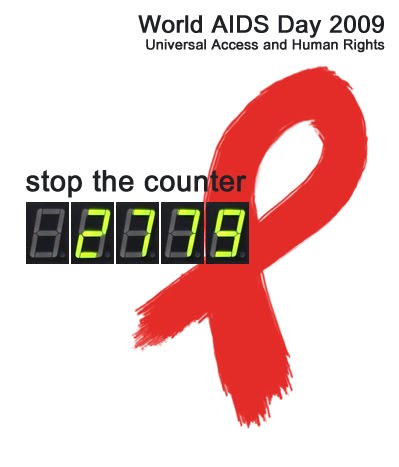 A new report released on the eve of World AIDS Day by the United Nations and World Health Organization estimates that 33.4 million people are living with HIV worldwide. While new generations of Armenians have a firmer grasp on world issues and social change, this old world culture still struggles to accept and prevent what some might consider to be  “new world” issues, like HIV and AIDS, which leads to the rise of misconceptions that need to be addressed and eradicated.

Armenians are not immune to AIDS. In fact, it is estimated that around 2300 people within the country are living with HIV, with 134 new cases of HIV infection having been registered in 2009, according to the National Center for AIDS Prevention in Armenia. Contrary to popular belief, homosexuality is not synonymous with HIV infection. You might be startled to learn that the main modes of HIV transmission in Armenia are heterosexual practices and drug use. Transmission through homosexual practices make up a mere 2 percent of cases, slightly above mother-to-child transmission. Although men make up a major number of cases, the ratio of women infected with HIV is increasing, according to the United Nations Population Fund (UNFPA).

These statistics directly tie into the fact of the low prevalence of sex education which didn’t arrive in Armenia until late 2004, during which UNFPA was ready to assist Armenia’s Education and Science Ministry in introducing the curricula in Armenian schools. The history of sex education in the United States might give you an idea on how late Armenia was in integrating such a program within the curriculum. The reason for such a late start? Old world values strike again.

“There is a persistent belief shared by many government officials and society members as well that sex education itself will entice our adolescents into sexual activity,” wrote Gayane Ghukasyan in her 2001/2002 report, “Addressing HIV/AIDS Through School-Based Education Programs. “It follows that schools and other educational and health facilities would better remain dormant about this topic or introduce sexuality in a context of fear and danger.”

Since that report, a number of organizations have made sex education and prevention a priority, like The Reproductive Health Initiative for Youth in the South Caucasus which was launched in 2006 to inform, educate and communicate with youth about sexual and reproductive health and rights. According to the initiative, life skills lessons are being taught in grades 8 and 9 in all schools within Armenia. In addition to providing information and education about sex and sexually transmitted disease, PINK Armenia, along with the Armenian Student Forum, Real World – Real People and Positive People Armenian Network has organized a “Stop the Counter” action dedicated to World AIDS Day aiming to raise awareness about the spread of HIV and the stigma attached to those who are living with the disease.

Still, Armenia has a long way to go in terms of dealing with HIV and AIDS. It remains one of only 12 countries that bar people with HIV or AIDS from visiting or immigrating to the country. The European AIDS Treatment Group reports that non-citizens who fall ill in Armenia may be deported, according to the Armenian Ministry of Health, as reported by Jirair Ratevosian, U.S. Field Coordinator for the Health Action AIDS Campaign of Physicians for Human Rights and Dr. Amy Hagopian who chairs the International Health Advocacy Committee of the American Public Health Association.

Ratevosian and Hagopian urge Armenia to life its travel ban on people with HIV:

Travel restrictions violate the human rights of people living with HIV, and, further, they may actually do more harm than good. People forced to hide their HIV status, however, may behave in ways that threaten the health of themselves and others. Travel bans perpetuate stigma and discrimination that lead people to hide their status and avoid seeking the care they need.

In this 60th anniversary year of the Universal Declaration of Human Rights, Armenia should not keep company with the few nations who cling to a travel ban on people living with HIV or AIDS. The Armenian people have survived several treacherous decades, and have successfully reconstituted a nation (against all odds), while maintaining an abiding commitment to justice and a resilient spirit. By protecting the rights of people living with HIV and AIDS and promoting an attitude of care and solidarity, we continue this history of protecting our dignity as human beings. It is time for Armenia to join hundreds of counties, including (finally, now) the United States, in repealing the travel and immigration ban against HIV-infected non-citizens. It is the right thing to do and it is long overdue.

In a more positive turn of events that defy the attitudes associated with AIDS, a photography exhibit titled “Famous Armenians Against AIDS” by Karen Grigoryan is set to open today in Yerevan’s Moscow Cinema. The event was created by journalist Mher Baghdasaryan and includes photographs of Shushan Petrosyan and Andre among others.

The Half-Armenian Identity: But Your Name Is...