Dr. Marie Paris Pishmish, a Turkish-Armenian astronomer who played an instrumental role in establishing the study of modern astronomy in Mexico, embodies a kind of woman who has been embraced wholeheartedly in her profession and regarded as a leader in her field by men and women alike. Despite the prevailing norms of her era, she succeeded in becoming a leading voice in the field of astronomy.

Marie Paris Pishmish (also spelled Pişmiş) was born Mari Soukiassian in 1911. Raised in Constantinople, Pishmish spent her childhood and adolescence in an aristocratic environment where education was a high priority. Her father, Soukias, was the great-grandson of Mikayel Amira Pishmish, a member of a powerful class of Armenian commercial and professional elites in Ottoman Constantinople called the amiras. He served as the Minister of Finance under Sultan Abdul-Aziz and was very active in the Armenian community. Pishmish’s mother, Filomen, was the niece of Mateos Izmirlian, the Patriarch of Constantinople from 1894 to 1908, and later Catholicos of All Armenians from 1908 until his death in 1910.

At a time when most Armenians were fleeing Turkey, Marie Paris Pishmish was advancing quickly in her studies. She attended an Armenian elementary school and continued on to the American School for Girls, an elite English-medium private school in Constantinople. Here, she discovered an interest in mathematics, and convinced her parents to let her pursue it at Istanbul University. Initially her parents were concerned about allowing their daughter to study at a predominately male institution, but they eventually agreed, and Pishmish became one of the first women to graduate from Istanbul University in 1933.

Immediately after graduating, Pishmish began teaching mathematics and astronomy at an Armenian boys’ high school in Istanbul. She continued to teach throughout her doctoral program in astronomy at Istanbul University, and graduated with her doctorate in 1937. Her advisor, noted German astronomer Erwin Finlay-Freundlich, arranged a postdoc for her at the Harvard College Observatory beginning the following year. World War II intervened and, what was designed to be a one-year program became three and a half years working with some of the greatest minds in astronomy and astrophysics. 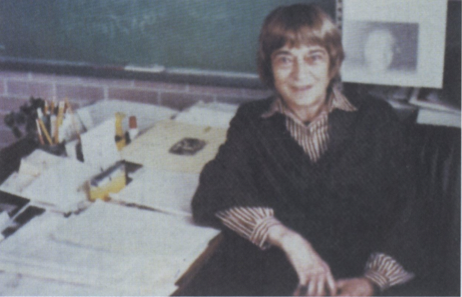 It was during her time at Harvard that she met a Mexican mathematics student by the name of Felix Recillas. She began by tutoring him in German, but by 1941 they were married and about to embark on a partnership that would produce two children–Elsa, an astrophysicist; and Sevin a mathematician–and revolutionize the field of astronomy in Mexico.

In the 1940s, there were no professionally trained astronomers in Mexico, but interest in astronomy had been growing and observatories were being built. In 1948, Pishmish accepted a position as an astronomer at the Tacubaya Observatory, one of these new institutions in need of expertise and innovative ideas. The Tacubaya Observatory was affiliated with the National Autonomous University of Mexico in Mexico City, where Pishmish taught for over 50 years.

At the National Autonomous University of Mexico, Pishmish was involved in all stages of the development of astronomical studies in Mexico, from writing the first modern astronomy and astrophysics curricula to acquiring the best, state-of-the-art technology for Mexican observatories. She was also devoted to teaching and training new generations of scientists, some of whom went on to make great contributions to astronomy and other scientific disciplines.

Many of her most notable accomplishments are in her research. Over the course of her career, she wrote over 120 scientific articles on various aspects of astrophysics and the study of galaxies. Proof of her great commitment to her field can be seen in the sky where 22 stellar clusters bear her name. 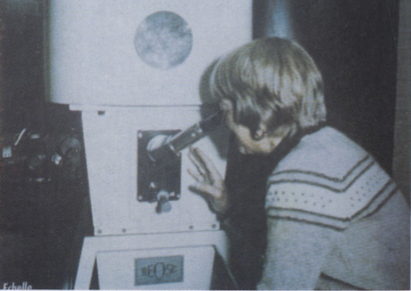 Her career was also marked by research trips, conferences and visiting professorships at universities and research institutions around the world, including NASA in Houston, the Middle East Technical University in Ankara and the Byurakan Observatory in Byurakan, Armenia where she was invited on the invitation of the eminent Soviet Armenian astronomer Viktor Hambardzumyan. In her memoir, Reminiscences in the Life of Paris Pişmiş: A Woman Astronomer, she recounts with particular enthusiasm her visits to Armenia where she delighted in being able to communicate in her native language. Her fluency in Armenian, Turkish, French, English, German, Italian, and Spanish enabled her to share her research with scientists working in a variety of different contexts and learn from research being conducted in many corners of the globe.

Marie Paris Pishmish passed away in 1999, but her legacy has endured. been enduring. The astrophysics program that she founded in 1955 has remained in place at the National Autonomous University of Mexico and her critical role in enriching the field of astronomy has helped to fashion today’s Mexico into a center for astrophysical research.

Photos from Pishmish’s 1998 memoir, “Reminiscences in the Life of Paris Pismis”

The Mobile Art of Armineh Hovanesian