By Jennifer Manoukian February 7, 2012 in Diaspora

With so much attention focused on the French-Armenian community in recent weeks, it is an excellent time to remember the role that France once played as the center of Armenian literary and cultural activity in the diaspora.

In the 1920s and 1930s, the capital of Western Armenian intellectual life shifted from Constantinople to Paris. During the Ottoman period of social reform in the mid-nineteenth century, it was common for affluent Armenian families to send their sons—and, in very few cases, their daughters—to Paris to finish their schooling. These young Armenians would generally return to the Ottoman Empire after graduating with the hope of applying their knowledge and skills to help improve the social and political situation of their community; nevertheless, by the turn of the century, a small, yet influential group of around 3,000 Armenians had settled in Paris. These Armenians were often writers and activists who, threatened by Sultan Abdul Hamid II’s increasingly authoritarian rule, chose to seek refuge abroad where they could express themselves more freely without fear of imprisonment or aggressive surveillance. 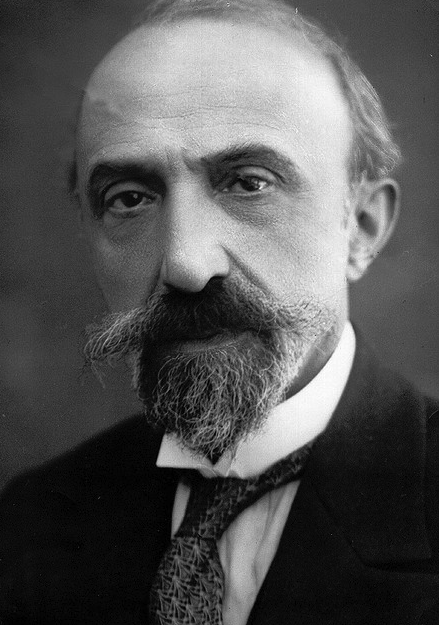 Of the small community of Armenians in fin-de-siècle Paris, one of the most notable and well-respected members was Archag Tchobanian. Born in Constantinople in 1872, Tchobanian attended the Guetronagan School—known for producing some of the finest Armenian literary minds—and began writing and translating from Armenian to French at an early age. At twenty-three, he founded the literary journal “Dzaghig” (“Flower” in Armenian) and, soon after, left Constantinople for Paris where he established himself as key figure in French-Armenian intellectual life for over a quarter of a century.

Celebrated as the ambassador of Armenian letters in France, this poet, writer, translator and editor earned the respect not only of his fellow Armenians, but also of some of the most prominent French writers and politicians of the time. Through his relationship with people like Anatole France and Georges Clémenceau, Tchobanian raised awareness about the plight of the Armenian people in the Ottoman Empire and garnered support among the French public for their cause.

Tchobanian was however very mindful of the danger of portraying Armenians merely as a victimized people and challenged this image by showcasing examples of their literary and cultural heritage to a largely unfamiliar French public; he regularly published translations of Armenian folktales in the French literary journals, organized cultural events—memorably inviting Gomidas to perform in Paris in 1906—and hosting conferences and lectures on Armenian history and literature.

The French-Armenian community of the time was also greatly indebted to Tchobanian’s efforts to resist acculturation by fostering Armenian literary production in the diaspora. His most enduring contribution to this effort was the creation of the literary, artistic and scientific journal, “Anahid,” in 1898.

With this journal, Tchobanian sought to instill in Armenians admiration for their own cultural achievements and continue the literary and intellectual legacy of the previous generations in the diaspora. He understood “Anahid” as a means through which to conserve, perpetuate and reconstruct Armenian identity in exile, especially with the expansion of the community in the 1920s.

Each issue of the journal was composed of poetry, prose, translations, literary criticism and an eclectic mix of articles on topics ranging from architecture to music. Although poems by well-respected figures like Siamanto or Taniel Varoujan were published in Anahid, Tchobanian actively sought out and published works by emerging writers as well; some of these young minds, like Zabel Yessayan and Zareh Vorpouni, would later become leading figures in Armenian literature.

Despite an  18 year interruption from 1911 to 1929 and a brief hiatus during the Nazi occupation of Paris in the 1940s, Anahid provided an outlet for the artistic expression of a diasporan people for 33 years, in a way unrivaled by any other publication. The last issue of Anahid was published in 1949 and was soon followed by the death of its devoted editor in 1954.

Jennifer Manoukian is a recent graduate of Rutgers University where she received her B.A. in Middle Eastern Studies and French. Her interests lie in Western Armenian literature and issues of identity and cultural production in the Armenian diaspora. She also enjoys translating and has had her translations of writer Zabel Yessayan featured in Ararat Magazine. She can be reached at jsmanoukian@gmail.com