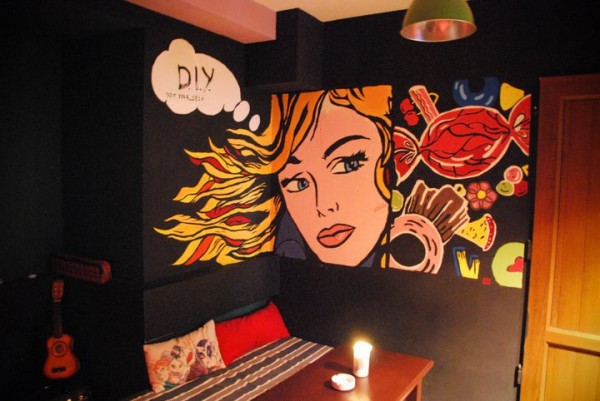 An early morning arson attack on the popular Yerevan-based bar, DIY last week has led to an outpouring of support from concerned citizens, activists and customers who frequented the relatively new establishment, but also anxiously renewed fears in the country’s LGBTQ population, who have kept a relatively low profile and faced discrimination for years.

DIY, which bills itself as a bar for alternative thinkers, was frequented by many in Armenia’s gay community, a place considered a safe haven, free of judgment or discrimination. The violent act, which caused around $4,000 of damage according to well-informed sources, is being said to have been motivated by nationalistic and fascist ideology – the bar’s gay-friendly atmosphere as well as owner Tsomak Oganesova’s attendance at Istanbul’s Gay Pride Parade in neighboring Turkey have been cited as two key factors that have categorized the attack as a hate crime.

Armenia and Turkey, whose borders are currently closed, have strained relationships over long-stemming issues of the 1915 Armenian Genocide, which Turkey denies as well as the Nagorno-Karabakh war between Armenia and Azerbaijan, during which Turkey sided with the latter.

Two Iranian-Armenian men were detained in relation to the attack and allegedly confessed to their crime. Though it has not been confirmed, sources say the men are tied to a larger fascist organization in the country. At a press conference today, it was revealed that Artsvik Minasyan, a Dashnak member of parliament, paid the 1 million dram ($2535) bail to release one of the detained men free, a headline that local media have started to run wild with. The other, according to Oganesova, was released on signature that he will not leave the country. 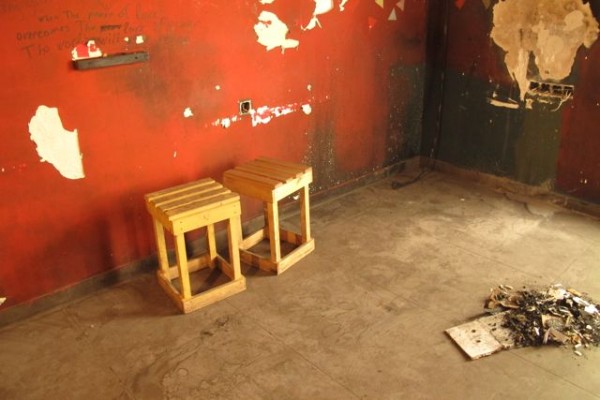 The bar's damage is estimated at $4000 / by Nairi Hakhverdi

Since the attack (which was caught on CCTV camera) supporters have come together to help rebuild it, assembling donation boxes as well as posters and t-shirts to show solidarity as well as strength in the face of adversity. Activists are touting the phrase “We Are DIY” in an effort to spread the message that the act will not be tolerated or silence them.

A charity concert took place last week with another, titled “Gender Equality Charity Fair” planned on May 20. Organizers plan to make it an interactive event to raise awareness of human rights issues in relation to gender equality, discrimination and violence. Donations ranging from 500 to 1000 AMD ($1.26 to $2.53) are recommended, money that will go towards the repair of the bar.

Oganesova announced last week that she and others will “continue to solve this problem, to move forward and make sure [perpetrators] are punished for what they did.”

The speech also hit a somber note when she announced that after resolution, she and others closely involved with the bar will be seeking to leave the country.

“Once this problem has been resolved, we’ll be able to say we have done something for this country and then leave this country,” she said. “If there is another problem in the future, we’ll come back, solve the problem and leave again.”

Her sentiments and the rise of neo-nazi nationalist groups  in Europe as well as the former Soviet Union come at a time when some in the country are feeling fearful, many for the first time.

Nationalistic sentiments are common in the South Caucasus country, which is almost mono-ethnic and still reeling from the psychological effects of genocide and war. Its isolation, where borders with both Turkey and Azerbaijan are closed and distrust of much of what falls outside the realm of the status quo have been discussed as underlying reasons as to the rise of hate groups whose violent actions have left many fearful.

In a widely circulated interview, human rights activists Karen Hakobyan and Lala Aslikyan sat down with CivilNet to analyze the bombing and the reasons it occurred. 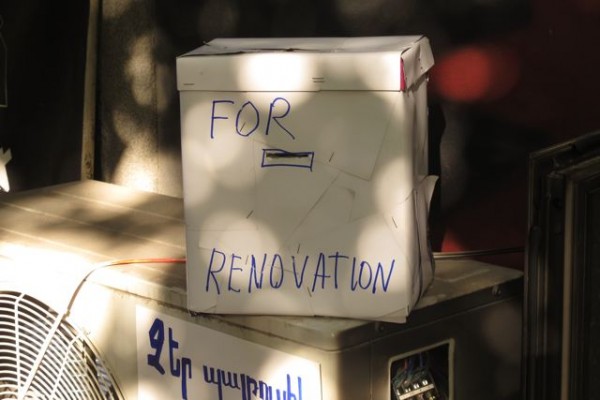 A donation box outside of DIY bar/ by Nairi Hakhverdi

“Fascism has reached our door and is now saying I’m here,” Aslikyan said in Armenian. She regretfully emphasized that the stifling of freedom of expression in the country is growing, while Hakobyan pointed out that the groups, mostly consisting of young men in their late teens and early 20s define their “Armenian-ness” by spreading hate towards groups that perceive as threats to national interest. These conditions, he continued, are a regression for the country, whose time on the world map could be in danger if it continues down this path.

In a press conference today, local NGOS including Public Information and Need of Knowledge (PINK) Armenia and  Women’s Resource Center of Armenia (WRCA) as well as Oganesova answered questions from reporters about the implications of the attack.

WRCA Co-founder Lara Aharonian pointed out that danger and fear of these attacks is that they can be directed against anyone whose views certain groups or individuals do not agree with. She also said that as a mother, she was concerned, mentioning shortcomings in the education and legal systems of Armenia as well as the media, who sensationalize issues. Marine Margaryan of PINK elaborated that the nationalist groups have ‘terrorized’ other establishments, including Calumet, another popular bar just down the street from DIY. Margaryan said that the groups have spat, thrown up and broken bottles in and outside establishments were ‘free thinkers’ are known to gather.

While a report [pdf] released by Pink Armenia in 2011, found that 72 percent of people they surveyed in Yerevan, Gyumri and Vanadzor, Armenia’s three largest cities, had negative attitudes toward ‘non-traditional’ sexual orientation, the International Lesbian and Gay Association launched its very first annual review of the human rights situation on LGBT in Europe today. Among its findings – Armenia is one of 10 countries in the negative zone, and does not meet the basic requirements of human rights. Our own initial piece on the attack generated comments of support from in and outside of Armenia, but was also subject to commentors who expressed enjoyment at seeing the bar become the victim of a fire attack.”Bravo to the arsonists,” one commenter wrote in Armenian. “We are all on their side.”

Recently, a 2011 Human Rights Watch report on Armenia found that the country continues to restrict freedom of expression.

Watch Karen Hakobyan and Lala Aslikyan discuss the larger issues implicated in the bombing of DIY. (CC for English captions):