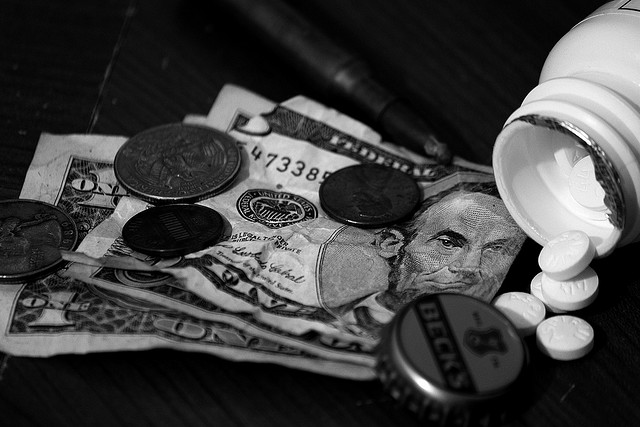 Forty-four alleged members and associates of an Armenian-American organized crime ring were arrested and charged with racketeering, identity theft and money laundering in the largest single Medicare fraud ever charged in a statement released by the Department of Justice.

Arrests were made in New York and  Los Angeles,  with raids taking place in the Armenian populated city of Glendale, among other places. The Mirzoyan-Terdjanian Organization which spans nationwide and has strong ties to Armenia, has also been charged with the operation of at least 118 medical clinics located in 25 states that submitted over $100 million in bogus claims to Medicare. The organization stole the identities of doctors and filed applications to bill Medicare in their names, also using stolen identities of Medicare beneficiaries, including the identities of approximately 2,900 Medicare patients treated at the Orange Regional Medical Center.

“The diabolical beauty of the Medicare fraud scheme – from the criminals’ standpoint – was that it was completely notional,” FBI Assistant Director-in-Charge Janice K. Fedarcyk said in the statement. “There were no real medical clinics behind the fraudulent billings, just stolen doctors’ identities. There were no colluding patients signing in at clinics for unneeded treatments, just stolen patient identities. The whole doctor-patient interaction was a mirage. But the money was real, while it lasted.”

In the highly organized scheme, the associated billed for treatments such as bladder tests, pregnancy ultrasounds and live office visits.

But their operations didn’t stop there – they also operated a multi-million dollar scheme to defraud insurance companies in the New York area by submitting millions in claims for medically unnecessary treatments.

According to a second indictment, the Chervin Indictment, at least two members of the organization carried out a wide-spread and sophisticated fraud for at least a decade. Specifically, the schemers bribed a hospital employee to steal the names of patients for the schemers. The organizers then recruited these patients, sometimes by posing as a hospital referral service charged with helping accident victims.

In some cases, the defendants allegedly staged auto accidents to generate fake patients who would then undergo unnecessary and expensive treatments that would be billed and reimbursed. Patients were provided medical treatment, including painful nerve-conduction examinations, without reference to their actual medical need. After insurance companies paid for these unnecessary medical costs, the fraud proceeds were laundered through multiple accounts, including the escrow account belonging to an attorney. An attorney, as well as several doctors, were among the 18 individuals charged and arrested in connection with this scheme.

Armen Kazarian, one of the defendants charged with racketeering was arrested in Los Angeles today and is alleged to be a “Vor,” a term translated as “Thief-in-Law” in Russian and otherwise known crudely and comically as “ass” in Armenian.

The organization is alleged to have used violence and threats in their operations. One of the organization’s alleged leaders, Robert Terdjanian is accused of having threatened to “disembowel” a criminal associated who owed him money, the statement said.

The defendants include residents of Glendale, such as Davit Mirzoyan, Pogos Satamyan, Karen Simonian and Gourgen Mirimanian as well as Brookyln, including Vagan Stepanian and Varujan Amroyan.

While this may be the biggest case of Medicare fraud ever charged, it is hardly the first, with news reports emerging in the last five years on the criminal activity of Armenian organized crime in the United States.

In 2006, the Los Angeles Daily News reported that five members of a Russian-Armenian organized crime ring were indicted in connection with a $20 million Medicare fraud scheme, operating out of clinics in Los Angeles, Glendale, Van Nuys and Pasadena.

Earlier this year, Manuk Karapetyan, the owner of a medical clinic was convicted of Medicare fraud and money laundering millions. The money he collected were put in bank accounts as well as transferred to associates in Armenia.

The names of those arrested were released as follows: