By Contributor December 15, 2009 in Arts & Entertainment

The Nokia Theatre in the heart of downtown Los Angeles played home to the 10th annual Armenian Music Awards and M/Club Music Video Awards as singers such as Armenchik, Shushan Petrosyan, as well as Eileen Khatchadourian and Los Armenios traveled thousands of miles from Beirut and Argentina respectively to attend. World renowned singer Charles Aznavour, who was honored with a Lifetime Achievement Award was the talk of the (Armenian) town as he descended upon the ceremony, along with his daughter Seda Aznavour in tow. 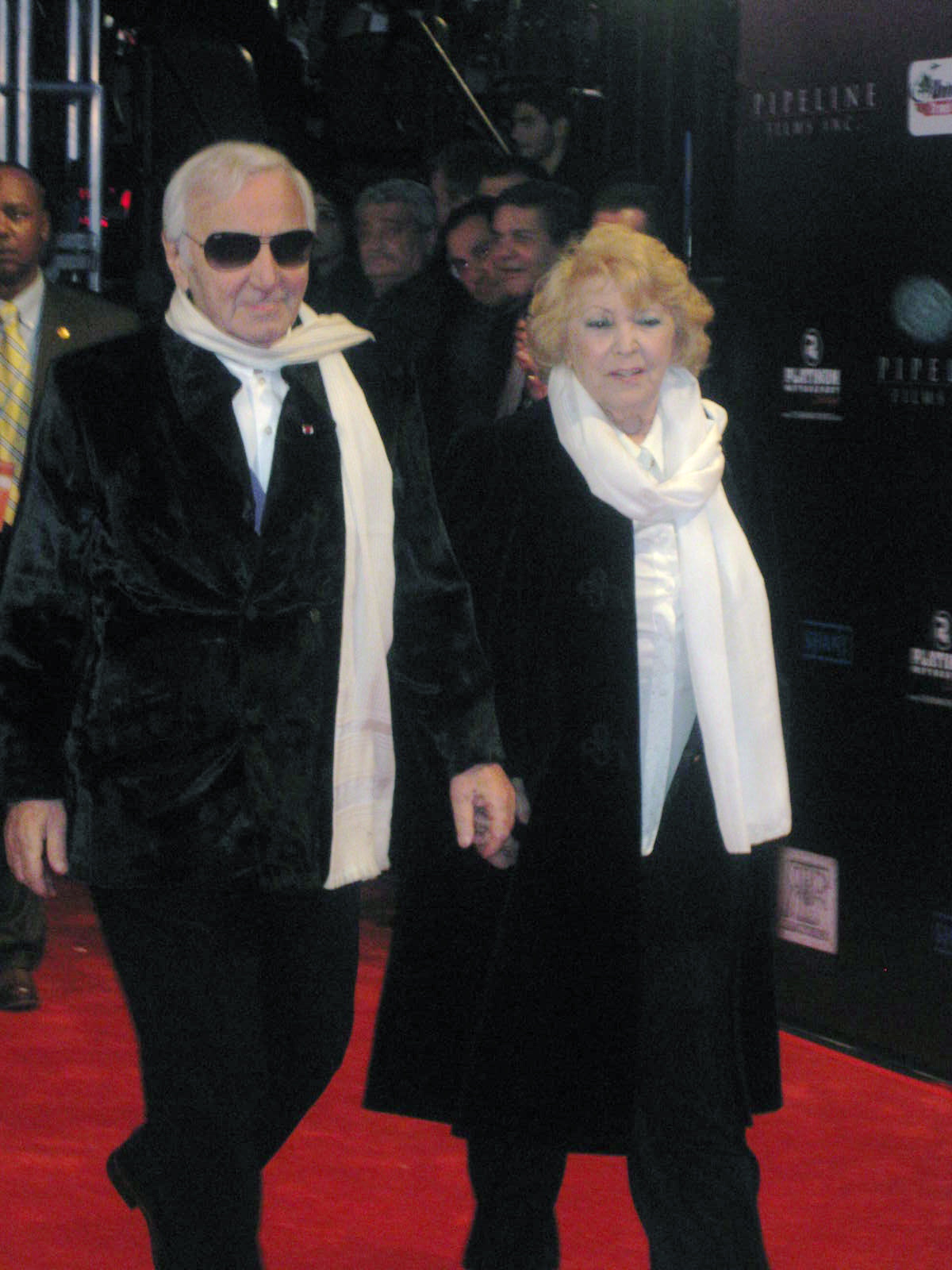 The stars however, weren’t the only ones who were excited to be there, as the 7,000 seat theater that has hosted the last two seasons of American Idol was nearly full with excited fans who, before entering the complex, waited in below normal L.A. temperatures to catch a glimpse of Aznavour. The French-Armenian singer came swiftly down the red carpet in a suave black velvet coat and sunglasses, as did Russian pop star Irina Allegrova to cheers and applause.

Aznavour, who was honored with a Lifetime Achievement award spoke a few words in Armenian and then continued in French to say that he felt more Armenian than ever after the 1988 Spitak earthquake.

Many decades ago, people did not have any idea what an Armenian was in France, but now if you say you’re Armenian, they say ‘Oh, like Aznavour,’ he said through a translator. Georges Garvarentz, Aznavour’s writing partner received a posthumous Achievement Award which was graciously accepted by his sister.

Host Grigor Aghakhanyan, with an arsenal of “Aparantsi” jokes kept the night afloat, however roars and appreciation were generally reserved for well known acts such as Armenchik, who won a plethora of awards and performed twice.

Other crowd favorites included Nune Yesayan, Sofi Mkheyan as well as Alla Levonian who performed “Go and Fight,” a patriotic song that features a video of soldiers during battle. Silva Hakobyan, the winner of BBC World Service’s “Next Big Thing” in 2006, strutted down the red carpet in a silver and black dress, complete with a gigantic bow but later changed to a fitting red sequined ensemble with a green bow to sing “Kanach Karmir” (Green, Red). During her performance, one audience member who was too excited to sit down, began dancing within the isle throughout the entire song. 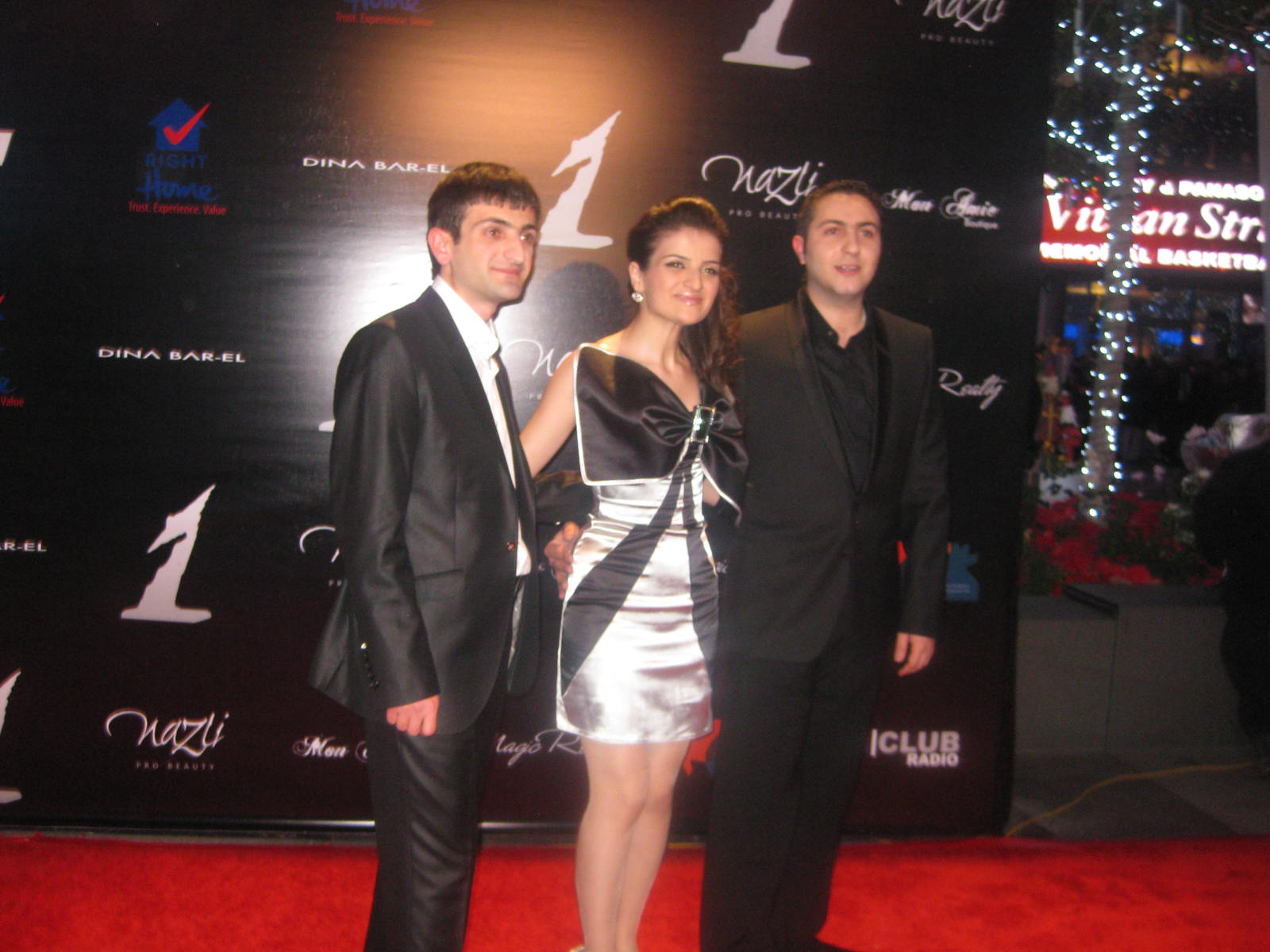 Sofi Mkheyan, channeling Lady Gaga in a shiny dark purple body suit and aviators sang one of her slick pop songs to applause. After Mkheyan won for “Best Modern Pop Female,” she had praise for those who have dismissed her music because they have allowed her to try harder to succeed. “Thank you to those who believe in me,” she said with award in hand, “And thank you to those who don’t.”

Both Nune Yesayan and Shushan Petrosyan, regular crowd favorites also took to the stage, although acts like Reincarnation, spearheaded by Roland Gasparyan, Element Band , Armen Movsisyan, Victor Espinola, and Alexander Zhiroff who collaborated for an instrumental set  wowed the audience that made the night a special and unique event.

Reincarnation, an Armenian-Reggae band with such songs as “Jan Rastaman” and “Eli Lava” relaxed the atmosphere and were a unique break from the slick ballads of female vocalists. Element Band, an eight piece ensemble that breathes fresh air not only in Armenian folk songs, but sings in Spanish, Persian and French among other languages were on point, with strong vocals and beautifully woven music throughout their performance. 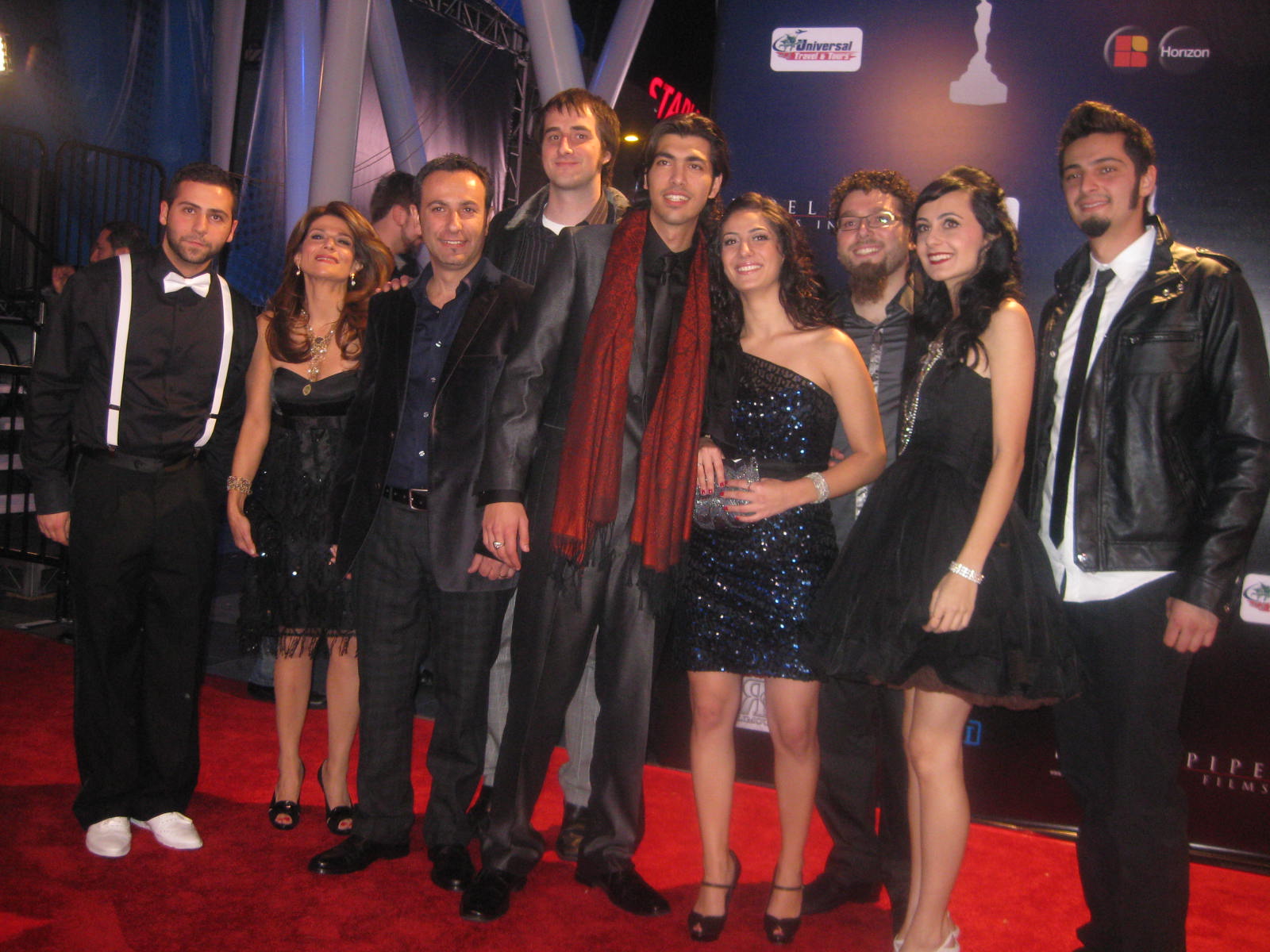 Father and son duo Serj and Khatchadour Tankian performed with Visa, a multi-cultural band that fuses traditional Greek, Armenian and Arabic sounds with contemporary elements using a plethora of instruments. 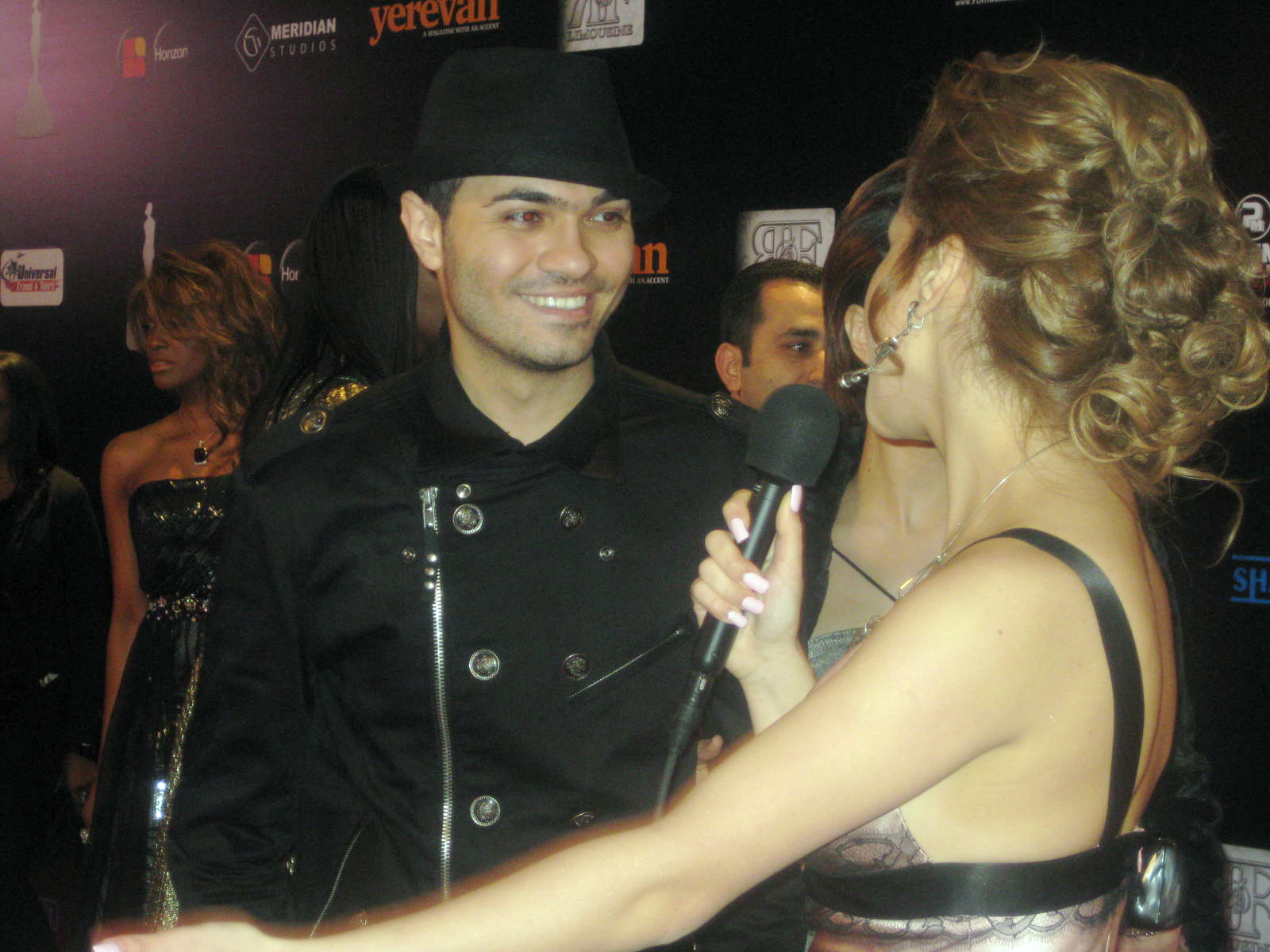 Arto Tunçboyaciyan, who won an M/Club award for best Original Music Video for “Ararat” appeared in a video taped message, complete with a red Adidas track suit and cabbie hat to thank all who supported him. A galactic inspired background accompanied Tunçboyaciyan and others who appeared via video.

Armenian jazz singer Artur Ispirian and his smooth English vocals were simple, yet elegant and a world away from Joseph Krikorian’s performance that included dancers in knee high boots, sequined gold scarves and feathered wrist bands.

Andre, who won “Ambassador of Armenian Songs” was overcome with emotion as he accepted the award. In a black bowler hat and matching vest, he went on to perform a ballad that went over well with the audience.

Perhaps the most surprising and pleasant event of the night was when Chioma, a black up and coming singer sang in Armenian and later won the M/Club Viewer’s Choice Award. “I can’t believe it!” she tweeted. “Praise God! They surprised me…I got the Viewer’s Choice Award!”

Harpist and Paraguay native Victor Espinola, along with Russian cellist Alexander Zhiroff  and violinist Armen Movsisyan wowed the audience with their instrumental collaboration that was truly a work of art.

Allegrova, who is of Armenian descent received roaring applause as well as a few standing ovations when she accepted a Lifetime Achievement Award and subsequently sang a song about Armenia in Russian. She bowed to the crowd several times and was grateful to be at the event.

Mike Connors, originally born as Krikor Ohanian was given the “Many Hats Award” and spoke a few words of Armenian before mentioning that his skills in the language were poor. “You know, if I lived in Glendale I would probably speak more fluently,” said Connors,  who is best known for his television series “Mannix” and his numerous appearances with Dean Martin on the “Dean Martin Comedy Hour.”

Famed composer Konstantin Orbelian, who won the M/Club Composer award received one of the few standing ovations of the night. Orbelian has received high accolades from three Soviet presidents.

Though the ceremony took a tremendous amount of effort and energy from many parties to come to fruition, a smidgeon more of organization and formatting would have made for a smoother evening.

The Armenian Music Awards were created in 1998 by Peter Bahlawanian in an effort to support and showcase Armenian culture. Participation is open to any Armenian artist or non-Armenian artists whose music is considered to have an Armenian influence.

For a  list of winners (will be updated as information comes in) and more photos, see below. 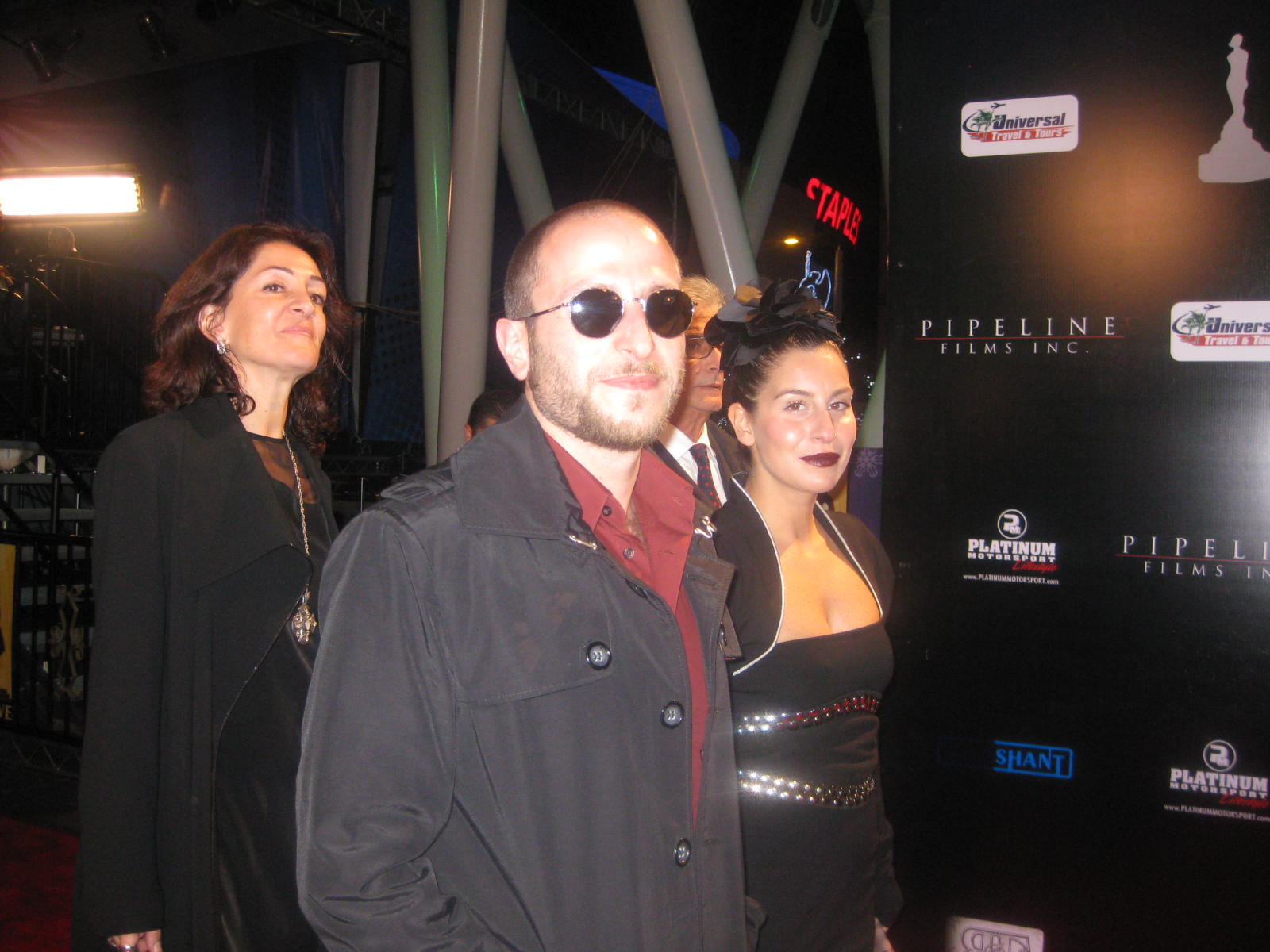 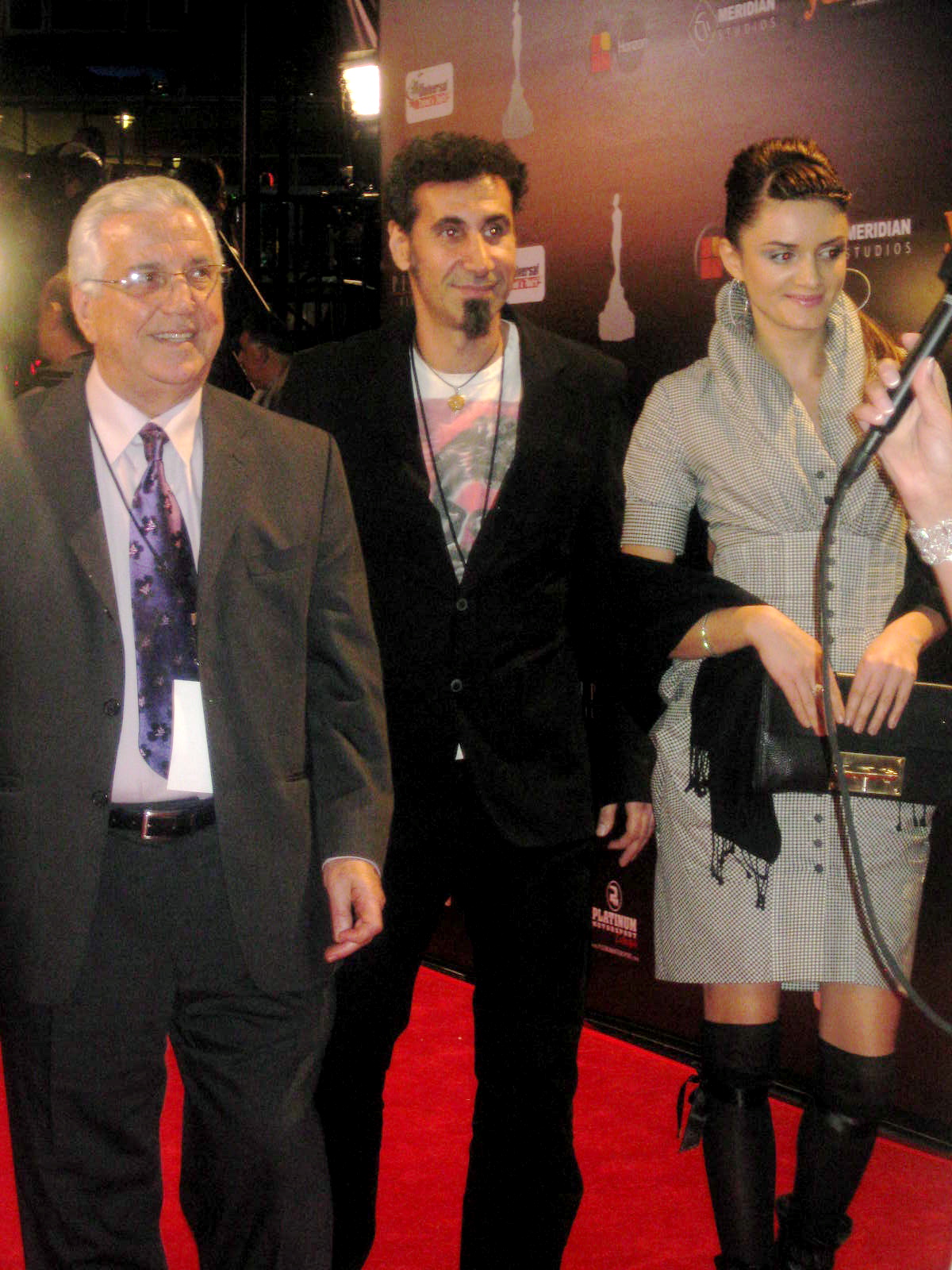 Khatchadour and Serj Tankian and guest 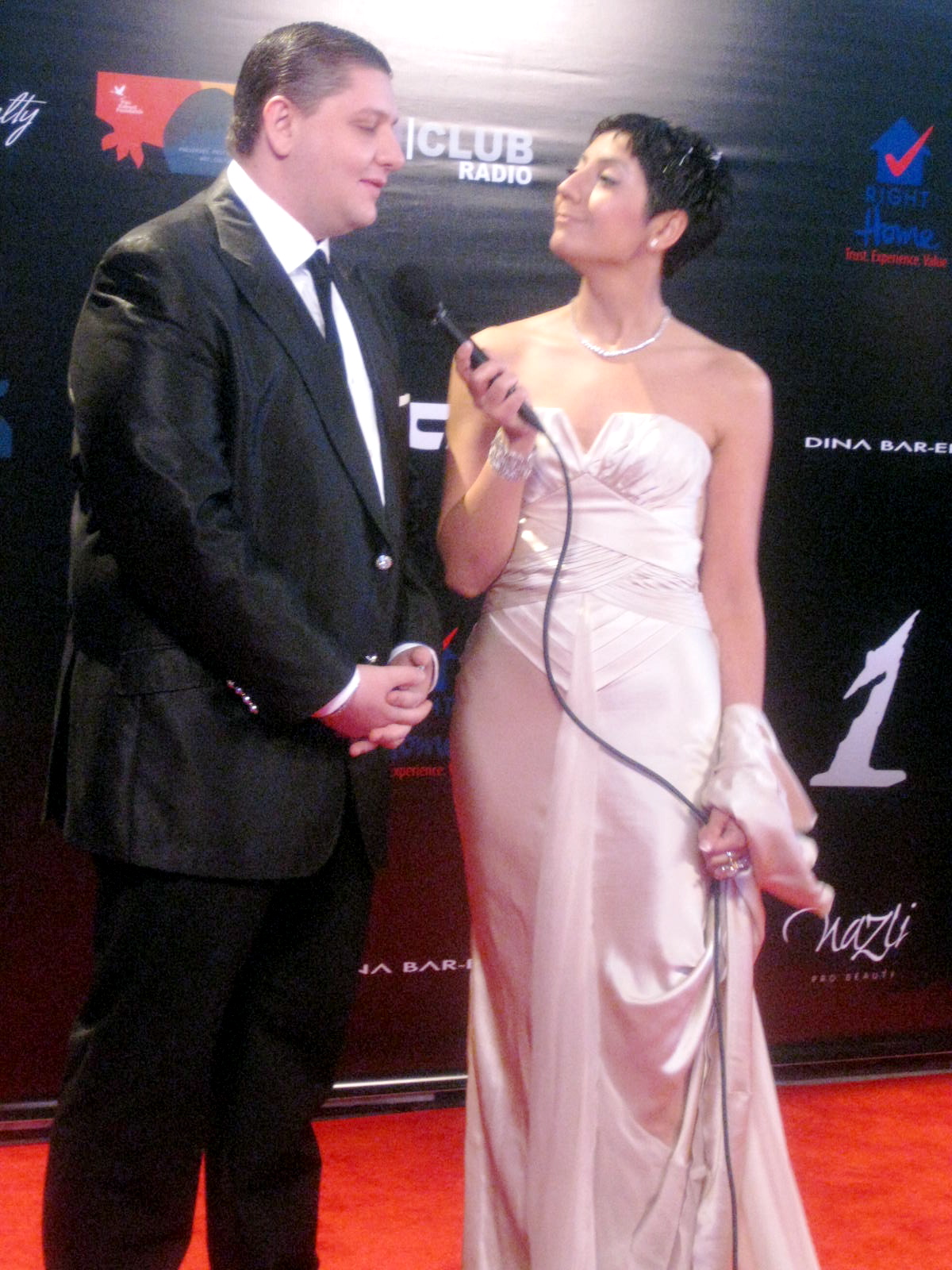 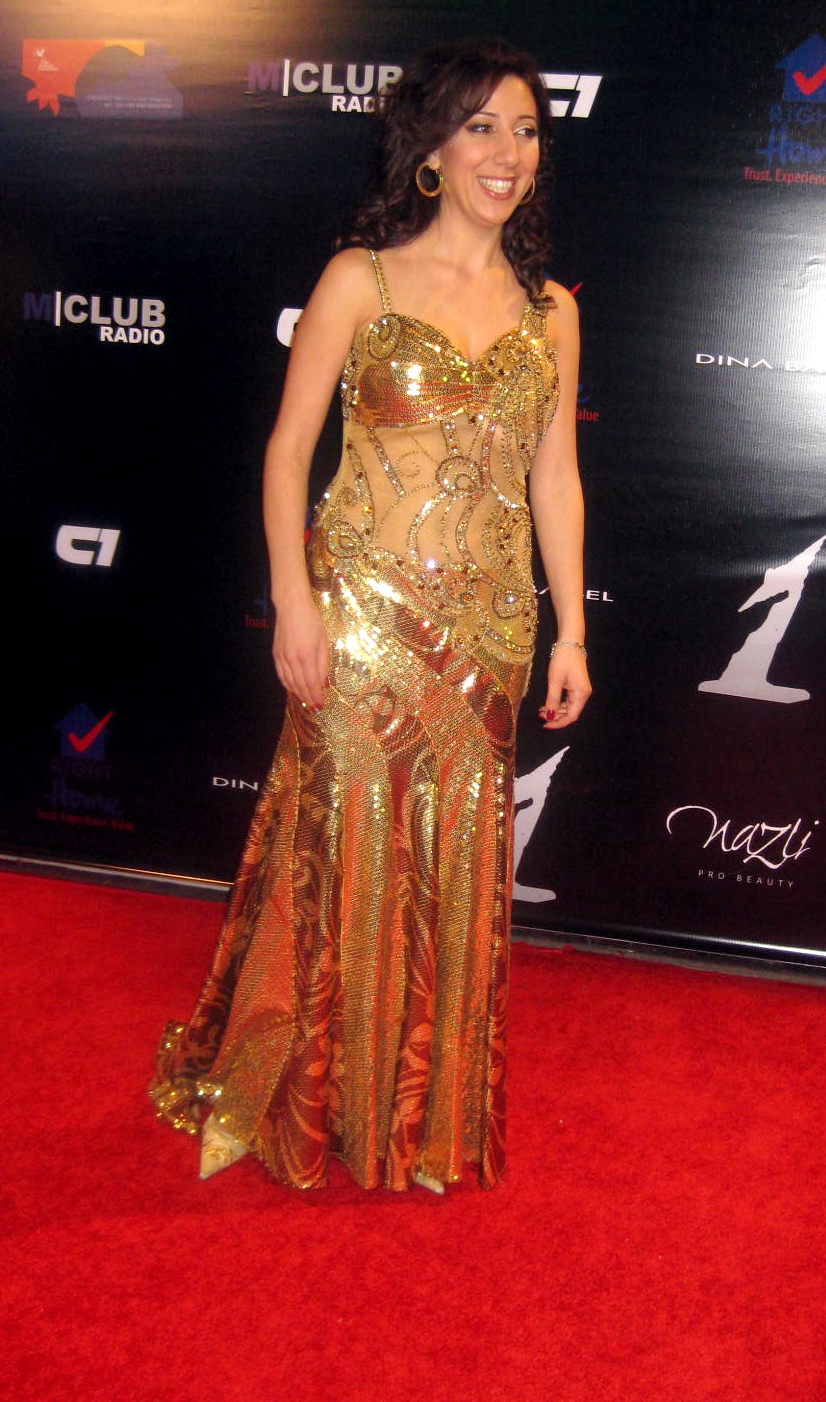 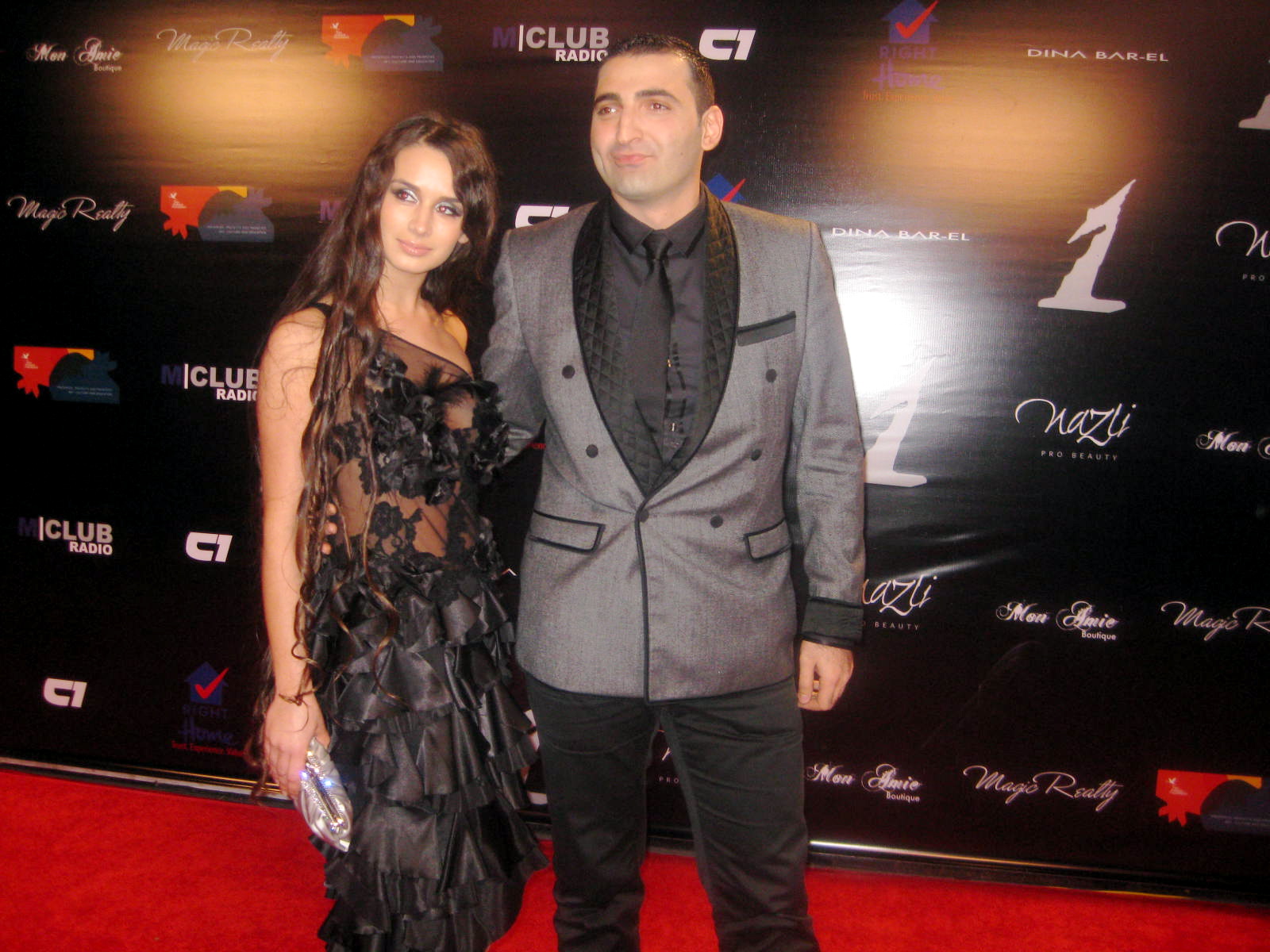 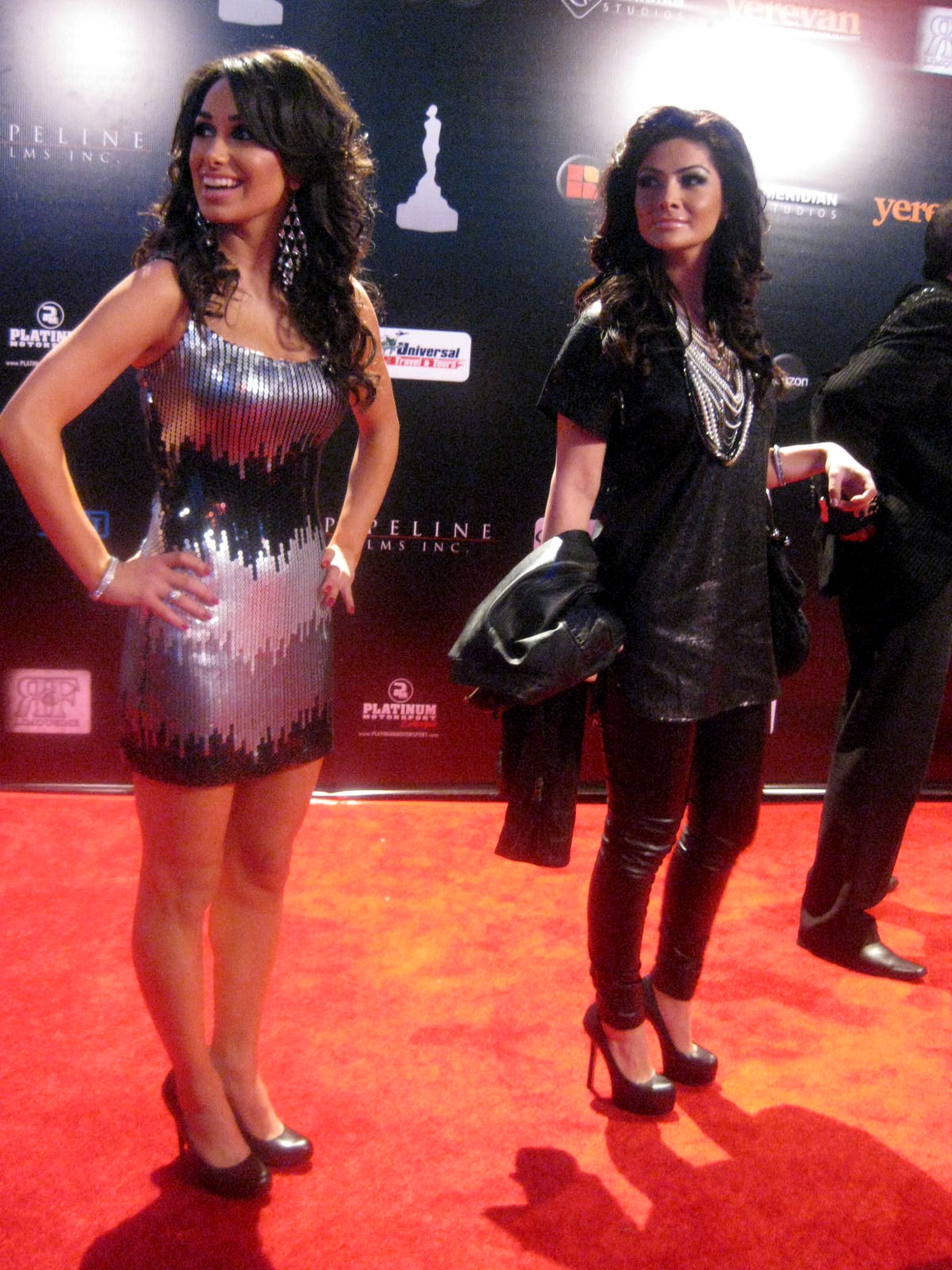 All photography © ianyanmag.com. If you would like to use a photo, please email editorial@ianyanmag.com