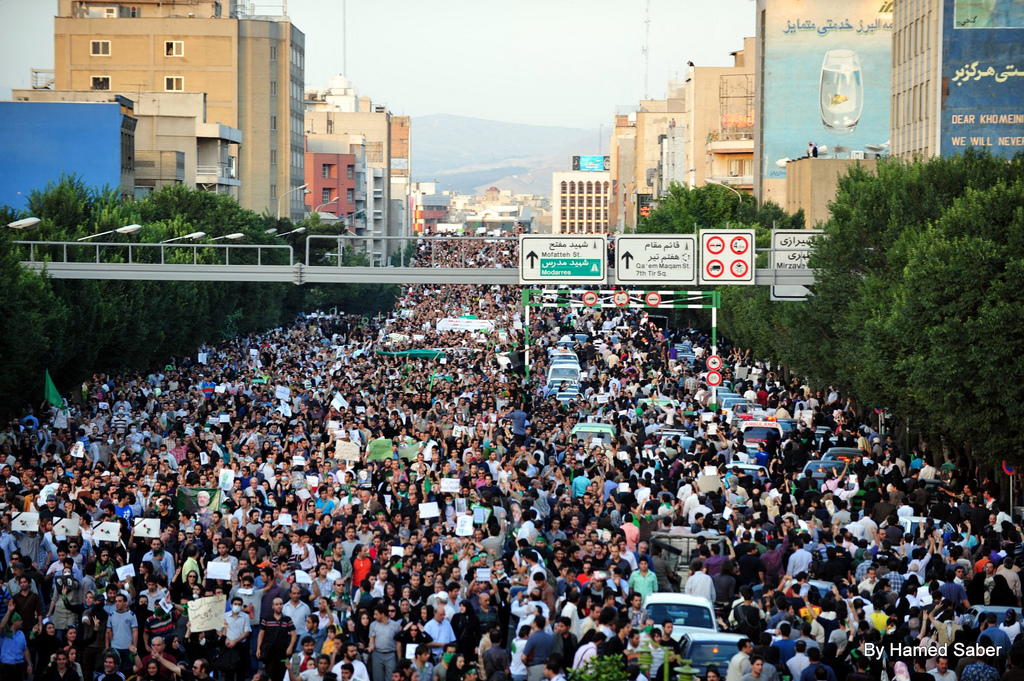 Protestors in Haft-e Tir Square in Iran on June 17, 2009 -by Hamed Saber/Creative Commons

Researchers working at the Caucasus Media Institute in Yerevan, led by Professor Richard Rogers of the University of Amsterdam confirmed today that top websites including Facebook, YouTube, Cloob, MySpace, Twitter and the BBC were blocked in Iran following the fallout from the Iranian election between current president Mahmoud Ahmedinejad and reformist candidate Mir-Hossein Mousavi on June 12, 2009.

Researchers used a series of proxy servers, located in Iran, and tried to access a set of popular Websites, the Caucasus Institute blog, Caucasian Causes reported.

The sites appear to be blocked in their entirety, as not only sensitive pages (the BBC’s Perian-language page) but also the homepages are blocked. Cloob.com, an alternative to Facebook, and TinyPic, the video-uploading alternative to YouTube, are also blocked. Other election-related sites in Iran are down, too, owing to apparent denial of service attacks as opposed to state Internet censorship. The winner of the disputed Iranian presidential elections on 12 June, President Mahmoud Ahmadinejad, has seen his blog (Ahmadinejad.ir) overloaded.

To see screen shots of the blocked websites and learn about the top 20 websites in Iran, visit the Caucasian Causes blog.