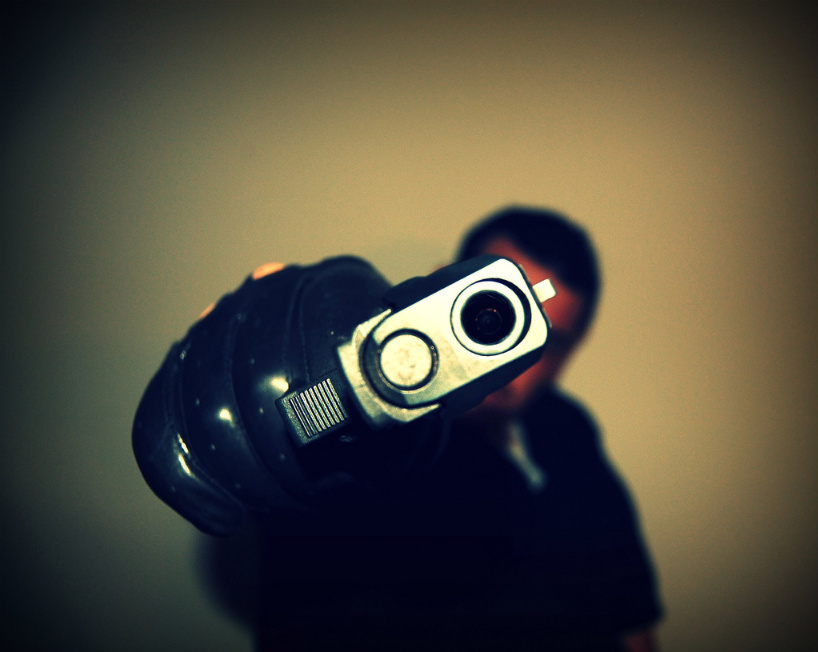 On a typical Wednesday evening in November, Mike Yepremyan, 19, did what thousands of other teenagers were doing across Los Angeles and the world: he sent a text message to his girlfriend, annoyed that she was choosing to hang out with a new friend instead of him.

Unlike other stories however, his ended three hours later, with a gunshot to his neck in the parking lot of a Sears store in North Hollywood over a disturbing dispute that never had to take place.

This wasn’t a hate crime. It wasn’t gang related. It didn’t even have anything to do with the fact that Mike’s girlfriend Denielle, whom he loved, was not Armenian.

It was, plain and simple, an Armenian on Armenian crime, where violence is a first resort and words and discussions fall on deaf ears, like silent bullets to the ground, where hot-blooded Armenian youth, with guns at their disposal and a temper to boot, fail to understand what they’re doing to each other is in many ways, a new Genocide.

The details of this sordid story are revealed eloquently in this Los Angeles Times article, which I urge you to read.

They had met up with friends for dinner in Glendale earlier in the evening. To avoid rush-hour traffic, they decided to kill time at a tobacco lounge in Burbank, a delay Denielle explained to Mike via text message. The girls were parked at a gas station in Kat’s pearl-white Infiniti when Mike’s response lit up Denielle’s iPhone, tucked in the cup holder:

“Every time u hang out with that bitch u guys get hookah. Is there something cool bout her n hookah that u enjoy so much?”

In interviews and in courtroom testimony, Denielle described what happened next:

Kat peered at the phone’s screen.

Denielle tried to calm her, but Kat grew irate. She grabbed Denielle’s phone and scrolled down to Mike’s number.

“My brother is gonna beat him up,” she said, according to Denielle’s testimony.

Kat picked up her own phone and dialed her sibling, Hovik Dzhuryan, switching to Armenian when he picked up. The words were incomprehensible to Denielle, until the end of the call.

Later, Mike received a call asking him what proof he had that Denielle’s friend was a bitch. Hours later, he was beaten and then later shot. The shooter has not been identified. The driver of the car carrying the shooter is believed to have fled to Armenia, which does not have an extradition treaty with the U.S., and hopes for justice remain up in the air.

Six months after Mike was shot and killed, Nerses Galstyan was attending a remembrance service for a friend, when tired of being disrespected, he allegedly shot and killed four others at a Middle Eastern restaurant in Valley Village, Los Angeles.

Unfortunately, these types of  stories involving Armenian youth are becoming all too common. So many questions remain unanswered after the shock and anger wears off. Why is this happening? Why are they carrying guns? Who is instilling in these children to use fists instead of words? How does this mentality arrive in them?  What makes it OK to take another person’s life away in the blink of an eye? Over a text message? Over trying to protect a girl’s “honor”? Where is this hot-blooded rage and machismo rooted – poverty, drug abuse, domestic violence, discrimination? Where and why?

Most importantly, how do we make it stop?

These are our real problems. These. Not recognition of the Armenian Genocide, but the stopping of a new kind of Genocide – our own against our own. These are the problems we need to be concerned about. Turkey could turn around tomorrow and admit that 1.5 million Armenians were killed and Armenians immigrating to this country for a better life, will outlive their children who get tangled up in unnecessary and idiotic arguments over typical teenage text messages and end up dead in parking lots across Los Angeles.

Our problems are the problems of all others. There is violence in Armenian communities – against women, against marginal groups and most sad of all, against each other and the sooner we can recognize that, the sooner we can work on making the difference in the lives of young, impressionable children before they grow up and think that solving problems means killing people.

We need to put the Genocide aside, and concentrate on solving these problems before more Armenian youth end up dead.

Armenians, this is a cry for help. Please listen.  Let the work to make a difference in the lives of Armenians that are still LIVING be your priority, before more teenagers pick up guns, before more women become abused, before things get worse.

Haven’t you had enough? I have.

Note: While the term “Genocide” is defined more or less as the systematic destruction of an ethnic group, it should be interpreted in this case as a symbolic term, rather than a literal one. It’s use in this post was not meant to compare the Armenian Genocide to homicidal violence of Armenians against Armenians fundamentally or belittle it, but to stress the urgency and importance of this issue figuratively.