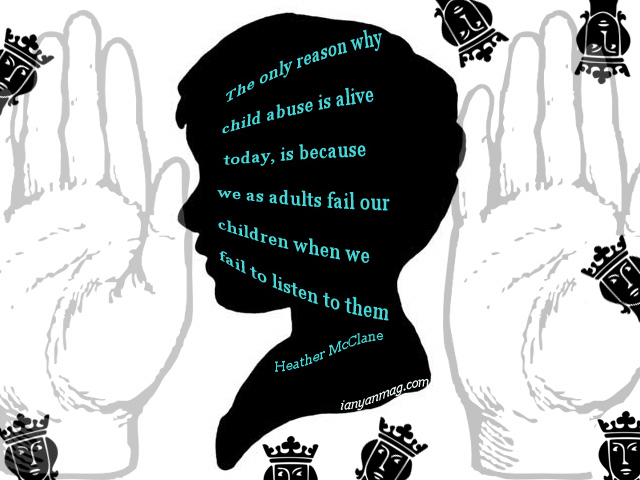 Levon Avagian, a teacher at the Nubarashen #11 School for Special Needs Children was sentenced to two years in prison after admitting that he sexually and physically abused students in Armenia on May 25, yet activists close to the case are unhappy with the trials outcome

“The sentencing is very mild for the crimes he committed,” said Lara Aharonian, founder of the Women’s Resource Center in Armenia, in an email interview with ianyan. “This man sexually assaulted young girls, humiliated them in front of everyone, they were beaten.”

While working as a teacher for children with special needs between 2006 and 2008 committed “violent obscene acts” against children under 16 years of age, reported Radio Free Europe/Radio Liberty on the day of the sentence.

While Aharonian, who was at the court during the sentencing, does not think the time Avagian will serve is enough, she does believe it is a start to changing the law. Article 141, “Sexual acts with a person under 16″ of the Republic of Armenia Criminal Code is punishable with labor or imprisonment of up to two years.

“At least six years in prison and working to change the law with NGOs would satisfy,” she said.

The abuse first came to light when environmental activist Mariam Sukhudyan alleged that the school had been physically and sexually abusing children in 2008, a claim which almost landed her in prison for 5 years before the charges were dropped.

Sukhudyan, who was a volunteer at the boarding school from April to June 2008 observed and heard about abuses taking place at the school, which was for children with special needs. In addition to the sexual abuse that was reported, the volunteers discovered that the quality of food was bad, children were treated brutally and subject to labor, while they were only taking baths once a week or every few weeks. The group released a petition highlighting their observances and the case in September 2009.

While the volunteers spoke out publicly about the abuse and a report on the public television channel H1 subsequently aired, a criminal case was soon opened by police and Sukhudyan was formally charged with reporting a false crime.

With the charges dropped and Avagian going to prison for two years, Sukhudyan believes the problems went on for so long because of fear.

“The kids told us they said ‘I will smash your head if you say this to anyone and things of that nature,'” she told ianyan in an email interview in Armenian, adding that for these problems to come to an end, people need to being talking loudly about these issues and start making kids feel like they are protected.

Sukhudyan’s efforts in raising public awareness of the issue and encouraging girls at the school to make statements was an important aspect of the resolving the situation, Aharonian said, who also believes that the root of the problem might lie in the concept of the boarding schools themselves.

“Boarding schools are one of the worst things that we inherited from the Soviet Union,” she said. “Children coming from poor families, or children with mental problems were automatically institutionalized and the society was saved from the burden of taking care of them. Unfortunately, these schools continue to exist in nowadays Armenian and sometimes they become an close business place for the people who administer it.”

For each child placed in the institution, the administration gets from the state approximately $5,000 to $7,000 per year if the child has mental problems, Aharonian said.

“For years NGOs and children’s rights org were lobbying to close those institutions because these places are not normal places to raise children.”

The school allegedly passed of children without any mental problems as “mentally retarded” in order to profit, a point included in the volunteer team’s petition letter which said that healthy children were instructed to pretend to have disabilities during medical checks.

Sukhudyan wasn’t the only one who heard about Nubarashen #11 passing off healthy children as mentally disabled in an effort to profit off them.

Journalist Onnik Krikorian was also warned about the practice when he visited in, he explained in a Frontline Club post about Sukhudyan’s arrest.

Indeed, when I visited the school in 2002, I did so having been warned that conditions were purposely kept as bad as possible in order to attract international donor support. None of the money, it was alleged, would be used to improve conditions or help the children. Other allegations such as those suggesting children without disabilities were being enrolled into such institutions are also well known, and again, years spent photographing Armenia’s boarding schools confirmed that.

In many boarding schools, there is a daily struggle to find food and clothing for children who usually don’t even have shoes and there is little or no heating with buildings in a state of dangerous disrepair, reported UNICEF in 2001.

Almost 10 years later and a report prepared by a team of experts from the University of York called “Child Poverty in Armenia: Analysis of the 2008 Integrated Living Conditions Survey” found that out of over 900,000 children in Armenia, 26 percent are living on less than $2.70 a day, while three percent live on less then $1.80 a day.

While dispersed around the world and sometimes thousands of miles away from Armenia, the Diaspora can have an impact on not only pedophilia, but stopping the big business of boarding schools.

“It is very important for the Diaspora to know this, and stop funding or bringing gifts to these institutions and directing the help more towards the families,” said Aharonian, adding that the Diaspora needs to think more about developing support for families so that children can stay in the community as much as possible.  “Most of the parents are sometimes obliged to give their children to these institutions from lack of resources to take care of them. It is important for the diaspora organizations to stop ‘relief’ work and think more on how to help develop the capacity of local social services and foster care.”

Aharonian, an Armenian Diasporan herself who repatriated to Armenia from Montreal is striving to make a difference. She recently met with lawyers to work on the changes for Armenia’s Sexual Violence Law, she wrote on Twitter.