By Contributor February 27, 2009 in Commentary

To many, holidays are joyous occasions to spend with family and friends, a chance to reflect back on unforgettable memories, enjoy each other’s company and indulge in good food. Not for me, at least not for the past year, when in an ethically charged decision, I decided to stop eating meat.

Queue the Greek chorus and bring out the death squad, because putting Armenian in the same sentence as vegetarian is practically blasphemy;  and while at home, my parents and sister embrace my alternative diet, putting up with incessant prodding and pondering from relatives, all the while trying to justify my very personal reasons for not wanting to eat kebab anymore has caused me a considerable amount of stress, awkward moments, self-doubt and anger.

The comments don’t begin until someone sitting around me during one of these family encounters notices I have not taken part in putting Cornish hen, lule kebab or slices of bologna on my plate.

“Why aren’t you having some of that?”

“Why would you even want to do such a thing?!”

“But seriously, you don’t eat meat?”

“Why? I don’t understand.”
If the famously funny scene in “My Big Fat Greek Wedding” comes to mind when you read the all too common exchange I have with the people I’m surprised I share genes above, you are spot on. In the 2002 hit of a 30-something Greek girl who finds love and struggles to also find her family’s acceptance, Aunt Voula chats up Toula and her boyfriend Ian and is flabbergasted at the idea that Ian is a vegetarian.

Aunt Voule: What do you mean he don’t eat no meat?

I don’t have an Aunt Voula, but I have aunts like her who shall not be named and cousins who will remain anonymous and uncles who have questioned my decision on more than one occasion. The irony of the entire situation, is that Armenian food, with all its Persian, Greek and Arabic influences is a vegetarian’s dream. From dolma, to lentils (vosp) to stews commonly used in Iranian cooking, the possibilities are endless. Armenian food is not all about how many different body parts of an animal you can cook up on your backyard grill and devour with a piece of pita. 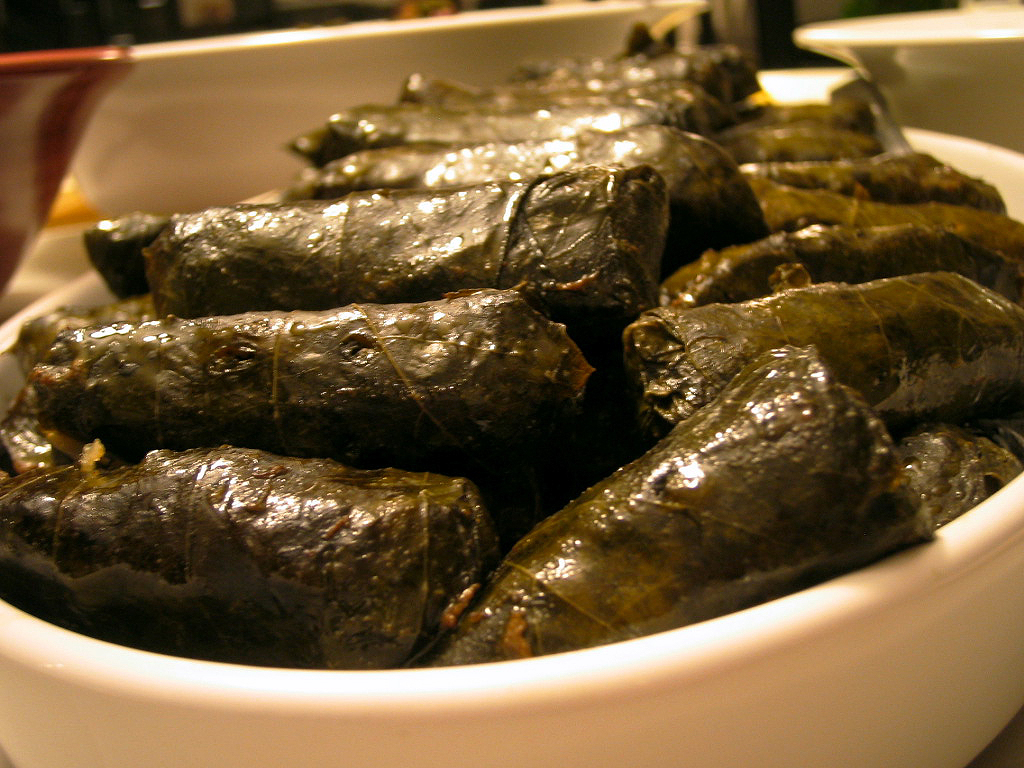 If it’s not bad enough that members of my own ethnic group cannot understand my preferences (then again, they’re not open to understanding a lot of things, but that’s another story), they try to question and justify that what I’ve chosen to do is wrong.

“Animals die any way, you might as well eat them,” they’ll say, or “So you wear leather, you’re a hypocrite.”

It’s important to stress that being a vegetarian or even vegan is a personal and private matter and different for everyone. My contribution to it is done through my diet, whereas others might choose to forgo every single type of animal product – everyone’s ability and preferences are different, and it’s unfair and quite rude to call someone out on issues important to them, when they choose to keep them private and respect your behavior and decisions of eating meat.

So next time you decide to question someone, especially someone Armenian on their very personal choices regarding the consumption of food, think twice. It’s a sensitive topic and one that should be approached with understanding and care and void of judgement – remember, not everyone is alike, no matter how hard that is to believe as an Armenian.

Armenian Media Met With Hostility in 2008