By Liana Aghajanian May 9, 2011 in Arts & Entertainment 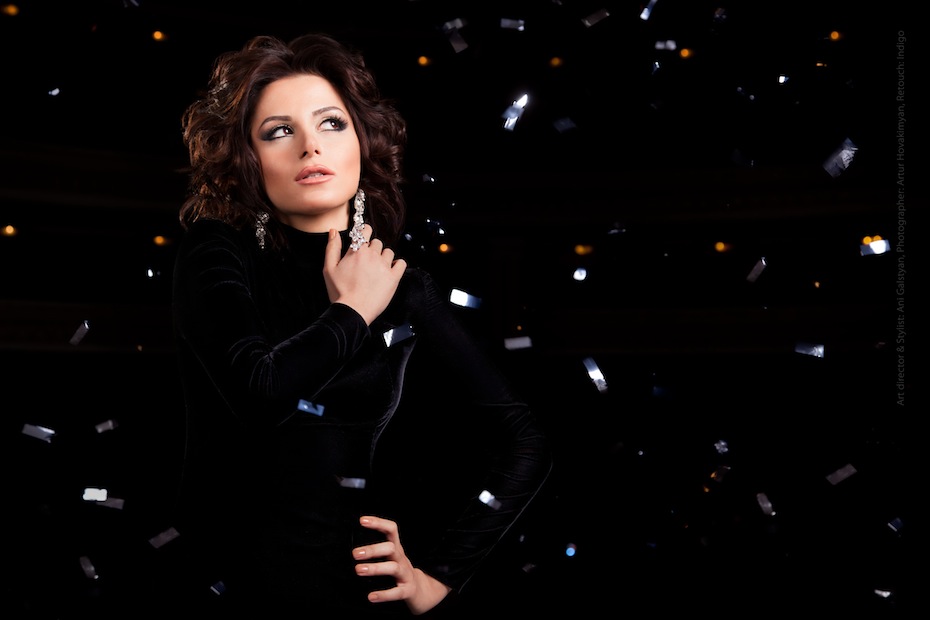 Fans might have deemed Armenia’s entry into Eurovision with Emmy’s song “Boom Boom,” as explosively bad, but the show has had to go on, at least until tonight, where Armenia will participate in the song competition’s first 2011 semi-final alongside Turkey, Russia, Greece, Georgia and Azerbaijan.

Only 10 out of 19 entries in this round will go forward to the Eurovision finals, which will be broadcast on Saturday, May 14, but Armenians are still not pleased with Sossi Khanikiyan-penned song that includes “Boom Boom Chaka Chaka, your love is like-a like-a” as lyrics:

Considering the fact that Eurovision’s glitz and glamour makes it the world’s ultimate dog and pony show, where grammar-challenged lyrics and pageantry reign, the @ArmComedy duo just might be right:

Still, fans aren’t holding their breath. With photos from rehearsals revealing Emmy will be flanked by a troupe of well groomed and oiled dancers, Unzipped blog says Armenia’s chances might be looking up slightly.

“Boom Boom” was picked out of four songs all of which were performed by Emmy, one of Armenia’s most popular singers, by televoting and votes from an expert jury in March. The pick saw an uproar from unhappy fans who wanted a do-over of the vote. Even Emmy, whose formally known as Emmy Bejanyan released a statement following the upset, which caused comments on the official Eurovision site announcing the entry to be disabled following  “an excessive amount of reactions violating the Terms of Use of the website.”

Andrew Kerr, who has been managing the Europop music site King Pigeon for the last 10 years and has written about the European music scene for the Kyiv Post and Balkan Insight says while Emmy’s sex appeal and uptempo flavor of the song are pluses, the segue into the chorus of “Boom Boom Chaka Chaka” is jarring.

“I don’t feel the song flows well,” says Kerr in an email to Ianyan Mag. “I think a Eurovision song needs to have an element of bombast to it, whether it be a ballad or an up-tempo dance track, and “Boom Boom” seems light. Sorry Armenia—as a guy who cheered Sirusho on to a fourth place finish back in 2008, I just don’t think it will be your year.”

In contrast to the last two years of Armenian entries, which contained a cultural element in both Inga & Anush’s “Jan Jan” and Eva Rivas’ “Apricot Stone,” this year’s entry for Armenia, as well as Azerbaijan and Turkey doesn’t carry any ethnic elements according to Kerr.

“The first thing I notice about Armenia’s, Azerbaijan’s, and Turkey’s entries is that none of them offer what used to be a Eurovision cliché with countries originating from, shall we say, relatively exotic places, which was the idea of serving up a straightforward pop song, but then tossing in a very “ethnic” sounding bridge as a sort of stamp of the country’s origin,” he says. “All three songs seem determined to be played outside their countries; there is no especial Turkish-ness, Azeri-ness, or Armenian-ness to them.” 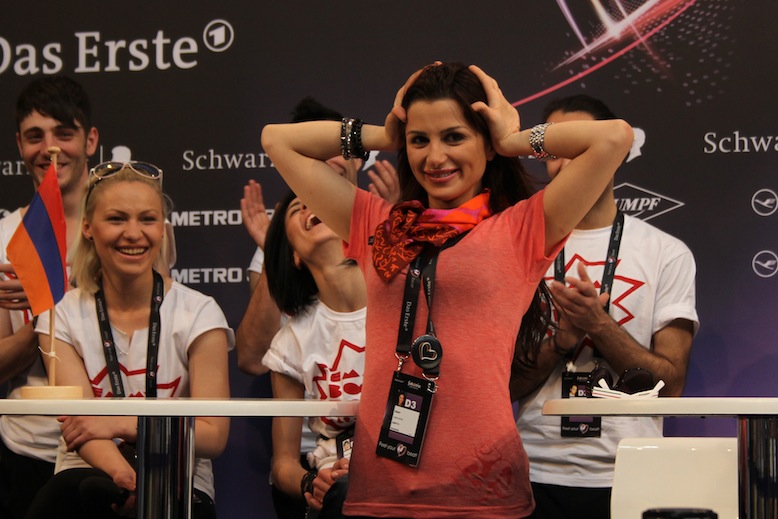 Dress rehearsals, which took place yesterday revealed more of Emmy’s routine for the event, according to a post in Oiko Times (hat tip to @onewmphoto for the link) by Chief Editor Fotis Konstantopoulos who contended that while the vocals of the performance weren’t good, the entry will easily qualify to the final, due in large part to votes from Armenian Diaspora in participating countries like France. 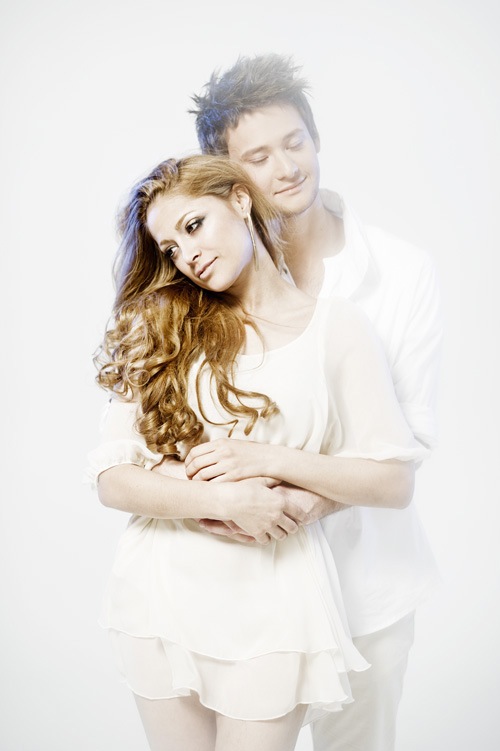 Armenia’s neighbors, Turkey and Azerbaijan are entering this year’s competition with a rock song  from the band Yüksek Sadakat and love ballad from duo Ell and Nikki, respectively. According to European bookmakers, Azerbaijan will win the first semi-final, reports Oiko.

Kerr, who is posting on-the-ground reports from a correspondent stationed in the German city of Düsseldorf, where the competition is taking place says while Azerbaijan’s duet is “pure schmaltz,” it’s also pretty catchy.

“I think the audience will warm right up to them. My prediction is that Azerbaijan will finish very strongly.”

A Turkish friend informs Kerr that the relatively new group has been embraced by the country.

“I see them finishing in the middle of the pack [at the final], due to the fact that Turkey always has lots of fans throughout Europe.”

Last year, Armenia placed 7th in the finals with “Apricot Stone” by Eva Rivas. A placement in the final for Armenia might ignite some support and hope for “Boom Boom.”

The two Eurovision semi-finals will take place on May 10 and May 12, with the finale being broadcast live from Düsseldorf on Saturday, May 14, which can be watched online via the Eurovision website at 9 p.m. CEST.

Watch the official entry videos for Armenia, Azerbaijan and Turkey below:

Turkey – Live it Up