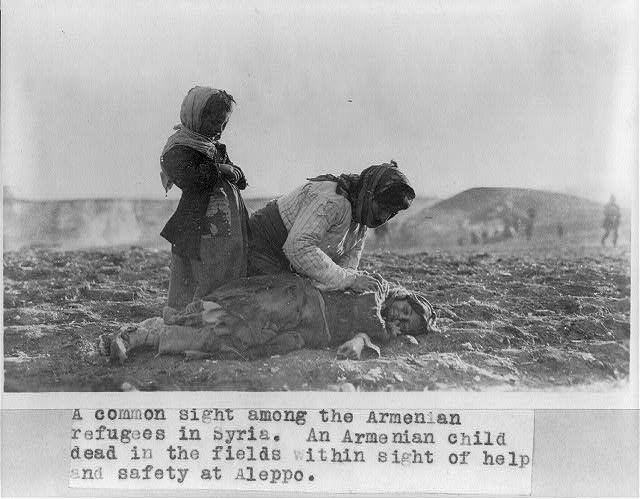 The greater Armenian Diaspora is abuzz as CBS’ 60 Minutes prepares to air “Battle Over History,” a program highlighting the Armenian Genocide and the decades long battle for its recognition on Sunday, Feb. 28 at 7 p.m. EST.

Although CBS has uploaded a short, 42-second preview of the program, the comments – which are typical banter you would find on any internet forum where the Genocide is up for debate –  are more interesting, than the sneak peek.
“Just tell me how you could have acted so blind in acknowledging this human tragedy, all this time?!.. Where is your conscious?” writes Sevak-S. “Shame on you who participated in the denial policies of the perpetrators… by doing so, you’ve stained your own humanity.”

Another reader named Harmik offered this in an opposite vein: “This is a bunch of smoke and mirrors. No more than a few thousand Armenians died.”

The comments also reveal the  personal stories from the descendants of Armenian Genocide victims and survivors.

The program’s description reads, “The Armenians call it their holocaust – the 1915 forced deportation and massacre of more than a million Armenians by the Turks. But the Turks and our own government have refused to call it genocide.” It will feature best-selling author and Armenian Genocide scholar Peter Balakian, according to Armenia Now.

The program’s timely airing comes days before a  U.S. Congressional committee vote on March 4 of House Resolution 252, which seeks affirmation of the U.S. Record on the Armenian Genocide.

It also “calls upon the President to ensure that the foreign policy of the United States reflects appropriate understanding and sensitivity concerning issues related to human rights, ethnic cleansing and genocide documented in the United States record relating to the Armenian Genocide” and also asks the President to “accurately characterize the systematic and deliberate annihilation of 1,500,000 Armenians as genocide” in an annual message issued on or about April 24.

An article by Manhattan business lawyer Mark Meirowitz on History of Truth, a Turkish, anti-Armenian Genocide website highlights why the resolution should be opposed, including that “U.S. strategic interests would be severely disrupted” and that “the practical effect of this Resolution will be to paint a very negative picture of all Turks around the world.”

Watch a preview of “Battle Over History” below: