By Contributor May 14, 2009 in Diaspora, Features, Society 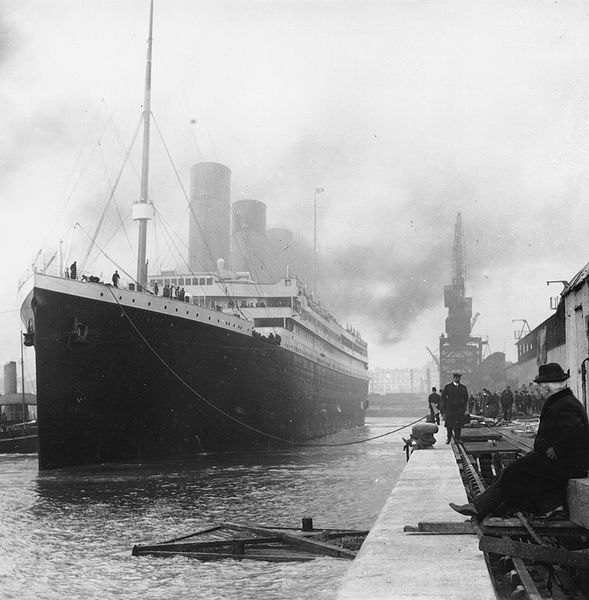 When David Vartanian, 22, fled the village of  Kighi in 1912 amid brewing turmoil within the Ottoman Empire by acquiring a ticket on the ill-fated Titanic, little did he know he would have to fight for his life to survive in the frigid waters of the Atlantic before arriving in New York with a few more than 700 other survivors.

Ninety-seven years later, his great-granddaughter, Melissa Vartanian, 28 and her fiancé, Vache Mikaelian, 31, will be married this Friday, May 15, at the Milwaukee Public Museum’s “Titanic: The Artifact Exhibition,” after the couple won a contest on Milwaukee’s morning talk show, “The Morning Blend” for a free wedding at the venue.

Vartanian, who is a production manager for the Milwaukee Repertory Theater, was home sick in January when she saw the ad run on WTMJ-4 television station.

“Vache and I were engaged at the time and at that point we were in the early stages of planning a destination wedding for the following January. I decided to look up the contest, purely because the mention of the Titanic struck my interest,” she said.  “When I looked it up I read that the winning couple would get married in the Exhibit! So, I decided to apply.”

It’s no surprise they won, considering Vartanian’s great grandparents’ amazing tragedy and triumph on both sides of the Atlantic. After her grandparents David Vartanian and Mary Byzar Vartanian married in 1911 they soon moved to Kighi, however trouble soon ensued.

“They started to get word that the drafting of young Armenian men from the villages had begun, and the rumors were that they would be sent to the front lines without weapons. So, in his village they started trying to get some of the young men out,” Vartanian said.

Through the kindness of Turkish neighbors who gave him their deceased son’s papers so that he could leave the country, David left, bought a 3rd class ticket for the Titanic and traveled to Cherbourg, France.

Though his troubles of narrowly escaping a draft were over, Vartanian’s destiny changed once again when the ship struck an iceberg on Sunday, April 14, 1912 and the unsinkable largest passenger ship at the time began to, well, sink.

“When the boat started to sink, David had always said that the 3rd class passengers were locked down in steerage, and they had to break the gates to get up. They did, and he eventually made it to the top deck and jumped from the boat and swam to a life boat,” Vartanian said. “When he got to the life boat he decided to just hang on to the side. The passengers on the boat feared he would try and get into the boat so they hit his hands with the oars, and they tried to drown him, in fear that if he got in the boat it would capsize.” 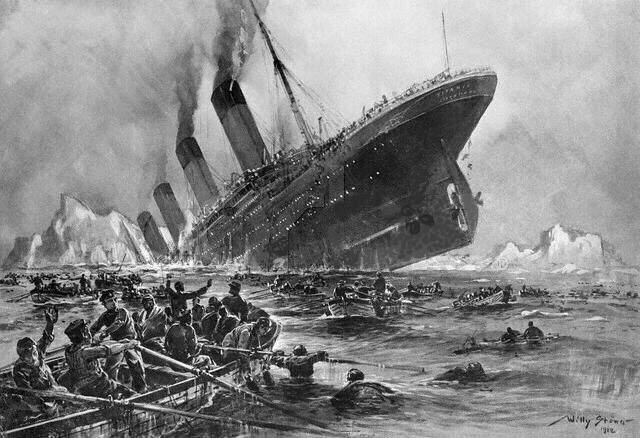 Because of the language barrier, it took the passengers a while to realize all he wanted to hold on. When he passed out, they pulled him into the boat.

When he arrived in New York and subsequently got settled, David got word that his wife’s village had been invaded by Turkish forces.

“She spent years on the run trying to survive the ongoing genocide,” Vartanian said.

After a stint in Toledo, David arrived in Pennsylvania after he heard two of Mary’s brothers had relocated there.  After he was reunited with the, the search for Mary began.

“They wrote letters to orphanages, newspapers, churches, anywhere they could. He finally found her 6 years after he left. She had made it back to her village and was living with a sister she had who had also survived the persecution,” Vartanian said.

After about 5 years of David sending money to Mary, she had finally had enough to buy her way out of the country, so she took a boat to Canada in 1923 and was taken to Niagra Falls by David’s friends.

“They told her to walk across the bridge, to keep a good pace, and not look back, because she was obviously entering the country illegally at the time. When she made it across the Niagra Falls Bridge, David was waiting for her on the other side,” Vartanian said.

Though the unfortunate tragedy of the Titanic might turn some off in getting married amongst its artifacts, Vartanian sees it from a different, more positive perspective.

“While I do agree that the sinking led to great loss and devastation, the Titanic was also a vessel of hope to so many that were fleeing persecution, or searching a better life. The artifacts are pieces of their stories,” she said. “Vache and I agree that it is an honor to get married amongst the pieces of their stories. Those stories that represent freedom, new beginnings, love, life. For those that were lost, it is a tribute to their passion and their journeys, and they are not forgotten.”

Receiving great support from Armenian communities in Racine, Wis., Detroit and all over the country did its part in contributing to Vartanian and Mikaelian walking off as the winners. As for the wedding  it will incorporate Armenian traditions such as the rite of  Crowning, where the groom and bride are adorned with crowns that represent glory and honor with which God crowns them during the Sacrament, according to the Armenian Heritage Organization.  The couple also plan to have Armenian music played at the reception.

If the contest had not included the Titanic exhibit, Melissa admits she would not have applied.

“It was important for us to try, to honor the greatest love story that both Vache and I have ever known. To have the opportunity to pay tribute to that love story on the day that we begin our own love story – that is a dream come true!”