Patrick Bachian will be one of 49 Armenian artists whose work will be exhibited in the lounges of the Palais de Bondy in Lyon, France, presented in the framework of an exhibition titled “The ArtShow of Armenian Artists.” Growing up in Lebanon in the 70s, Bachian drew and painted for pleasure and to also escape reality.

“The artistic atmosphere at home composed of artworks, art material and the odor of painting contributed for sure to the development of my sensitivity in this artistic process,” he said.

Pleased at being invited to take part in not only an art show, but an Armenian one at that, Bachian incorporates Armenian influences in his work that may not be necessarily obvious at first glance. His 2005 series titled “Serial Colors” of 25 paintings, refer and are dedicated to the Armenian Genocide. With national and international exhibitions in New York City and Tokyo under his belt, each of Bachian’s paintings have their own story. 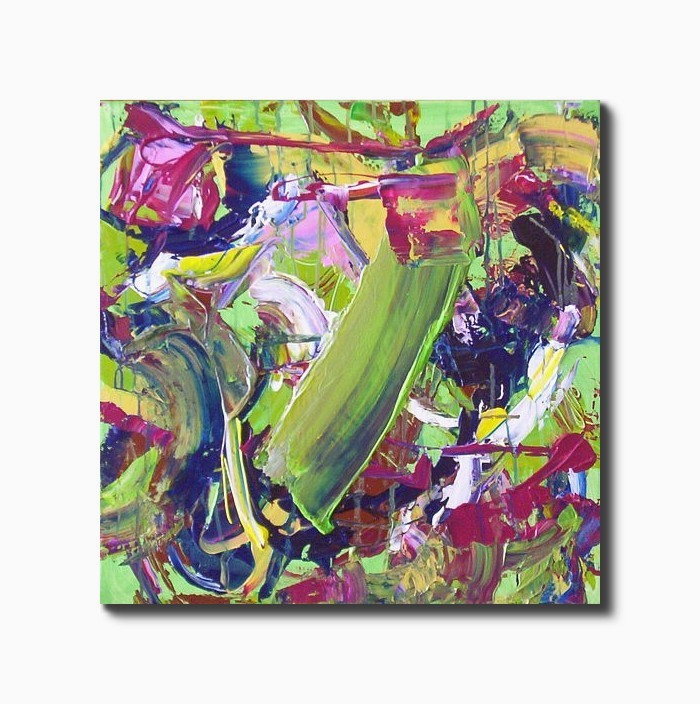 “They can tell a true story, as well as an imaginary one, based nevertheless on facts,” he said. “But at the end it is towards the truth that the instinct guides us and it is simply this truth which I try to find and to reproduce in my work.”

Bachian currently works and resides in France. The event is organized by the Association for the Development of Armenian Culture in Lyon and the Lyon’s Circle of Armenian Women.

Inga and Anush Set to Perform at Eurovision Final