By Contributor December 20, 2009 in Culture Vulture

“I don’t feel words have less power,” says Armenian photojournalist Anush Babajanyan, “but images can put someone in a sort of trance, sometimes I look at a photo for several minutes, loving and feeling it.”

A graduate of the American University in Bulgaria, Babajanyan contends those are exactly the types of photos she wants to take, adding that the commitment to let people know about issues and events is important to her.

One project, a series of photographs of extraordinary women in Armenia gave her the ability  to accomplish her desires to produce unforgettable images.

Babajanyan wanted to give a face and name to those who felt marginalized from society with the series.

” I wanted to show their freedom so that the rest feel it’s possible to do things the way you personally like and not to feel separated and lonely when you do that.” 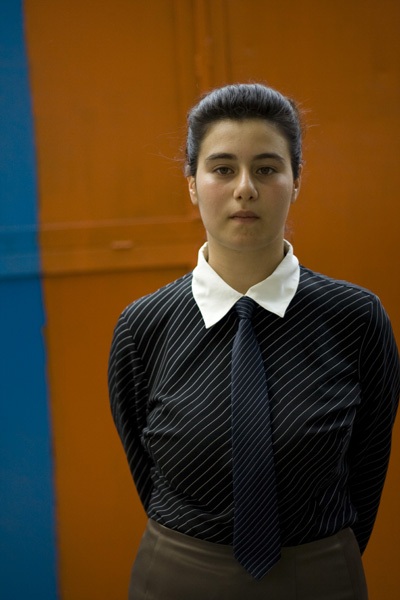 One subject, a 17-year-old girl named Tamara stands in a crisp Oxford shirt and tie, with hair pinned back, looking more like a middle-aged librarian than a teenager.

“She went to all the political rallies, ” Babajanyan says. “Whatever party is was, she didn’t care. Maybe she was born too late, such a Soviet creature.”

Another woman named Narine, was the complete opposite of Tamara. In exaggerated cat eye makeup, tight jeans and hoops, she was not one to be easily missed.

She told Babajanyan that she has lived outside of Armenian for some time and now she wants to leave again, but can’t.

Though it might be a difficult task to persuade strangers to pose for photos, Babajanyan says it wasn’t too hard at all. 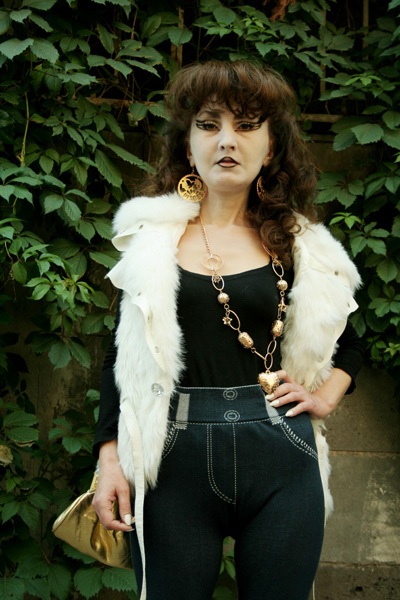 When she prints and gives them the photos, they like them – even when they’re not smiling she says. Even though these women are regularly gawked at, their strong will to dare to be different has the possibility to allow other Armenian women who stray from the status quo to take steps in the same directions, Babajanyan says in her opening remarks about the project.

Even though the project mainly focused on the prejudices women face, the oppression in a developing country such as Armenia can extend to all genders.

“Men are as oppressed as women,” Babajanyan says. ” I know families where the man can’t say a word, with the woman torturing him with her demands to get money from wherever,  while she can get up and find herself some job.”

Recently, In an effort to highlight the poor living conditions and degradation of quality life that exist even though two decades have come and gone since the Spitak earthquake, Babajanyan photographed the domiks in Gyumri.

“Although information varied, there were and still are more than 4,000 families not having proper living conditions, living in these self-built houses or those given by the Soviet government only for two years,” she says.

She was contacted by Third Nature, an Armenian NGO that specializes in housing for an exhibition on the domiks, which are actually made of steel. The exhibition debuted on Dec. 5 in Yerevan, with plans for two more in the works. 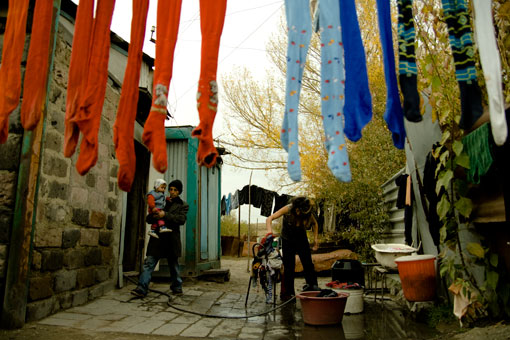 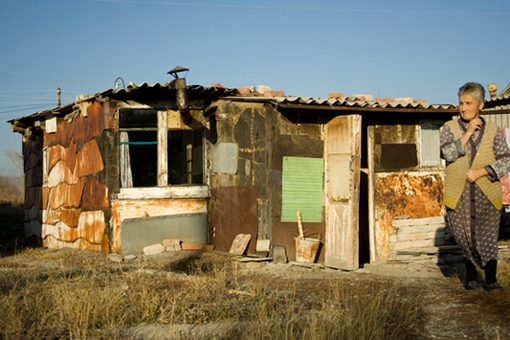 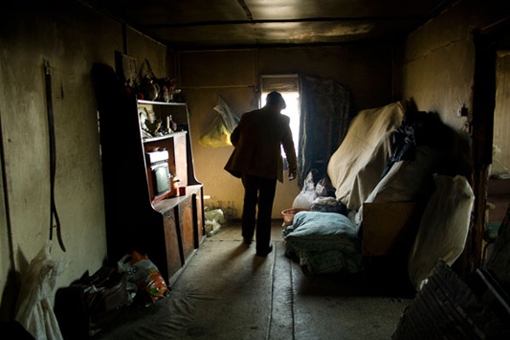 Though photographing these dire situations was difficult, Babajanyan feels that perhaps her photographs will help them.

When asked why Armenian residents were still living in poverty, her answer was simple: “Because those who could help them prefer to spend money on something else.”

“I constantly hear people in Gyumri saying that one weak quake is enough to ruin all these new buildings. I hear a family of five getting a one-room apartment, which is 15 square meters, which has no heating system, no bathroom and no furniture and these people still say “thank you”, because at least they have “four walls.”

With these projects under her belt, Babajanyan hopes to continue helping people with her photography.

“There are so many things that I see and want to share,” she says. “The reason I photograph is because I’m in a constant search of the perfection of an image.”

Currently in Gyumri,  she plans to put together a new series that will depict the way she felt during the several months that she has been living there.