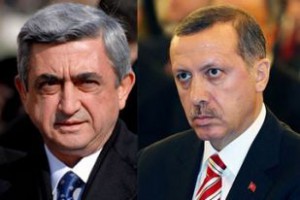 “Given its potential impact, we condemn such unauthorized disclosures and are taking every step to prevent future security breaches,” the statement said.

The revelations implicated Armenia’s role in a transfer of arms to Iran “which resulted in the death and injury of U.S. soldiers in Iraq,” a move which prompted the U.S. to consider sanctions on the landlocked country.

The Embassy’s statement also downplayed the role and significance of the practice of cable writing, saying that they should not be seen as having standing on their own or as representing U.S. policy.

Turkey, on the other hand, which has a record 7,918 cables coming from the Embassy of Ankara according to Guardian data, putting it in first place outside of the U.S., has stayed quiet, with Prime Minister Recep Tayyip Erdogan refusing to comment on their content.

Turkey will “wait until Wikileaks spill all the beans” before evaluating the seriousness of the revelations, according to the New York Times who quoted the Anatolian News Agency. The NY Times also has Erdogan quoted as saying “the seriousness of Wikipedia is doubtful.” If the quote remains to be true, it looks like Erdogan has confused his Wikis, referring to the free online encyclopedia rather than Wikileaks.

In a 2004 leaked document, Erdogan is described as “a natural politician” who has a “common touch and an ability to communicate his empathy for the plight and aspirations of the common citizen.” However, another cable, this one from 2005 describes him as never having a realistic world view. “He relies on his charisma, instincts and the filterings of advisors who pull conspiracy theories off the Web or are lost in neo-Ottoman Islamist fantasies,” the cable said.

The former cable describes Erdogan as being primed in U.S. interest in Turkish action including the opening of the boarder with Armenia, which has been closed since 2003.

While no official statement is on the U.S. Embassy of Baku’s website, Azerbaijani news agency APA reports that Kit Bin, the embassy’s press secretary, condemned the leak.

“We condemn in the strongest terms the deliberate and unauthorized disclosure of information represented as classified material by individuals and organizations which puts lives at risk and jeopardizes our national security.”

In a leaked cable from February 2010, Azerbaijani President Ilham Aliyev told U.S. diplomat William Burns that the “Sword of Damocles” of the April 24 Armenian Remembrance Day is hanging over the Nagorno-Kharabakh process as well as the Turkey-Armenia normalization process. Taken from a Greek legend, the phrase epitomizes “the imminent and ever-present peril faced by those in positions of power,” according to Wikipedia.

As of today, 281 documents have been released on the Wikileaks site, only 61 added from yesterday’s initial dump. U.S. Secretary of State Hillary Clinton also released a statement addressing the leak as “an attack on America’s foreign policy interests” and the international community: ” the alliances and partnerships, the conversations and negotiations, that safeguard global security and advance economic prosperity.”