By Liana Aghajanian October 10, 2011 in Armenia 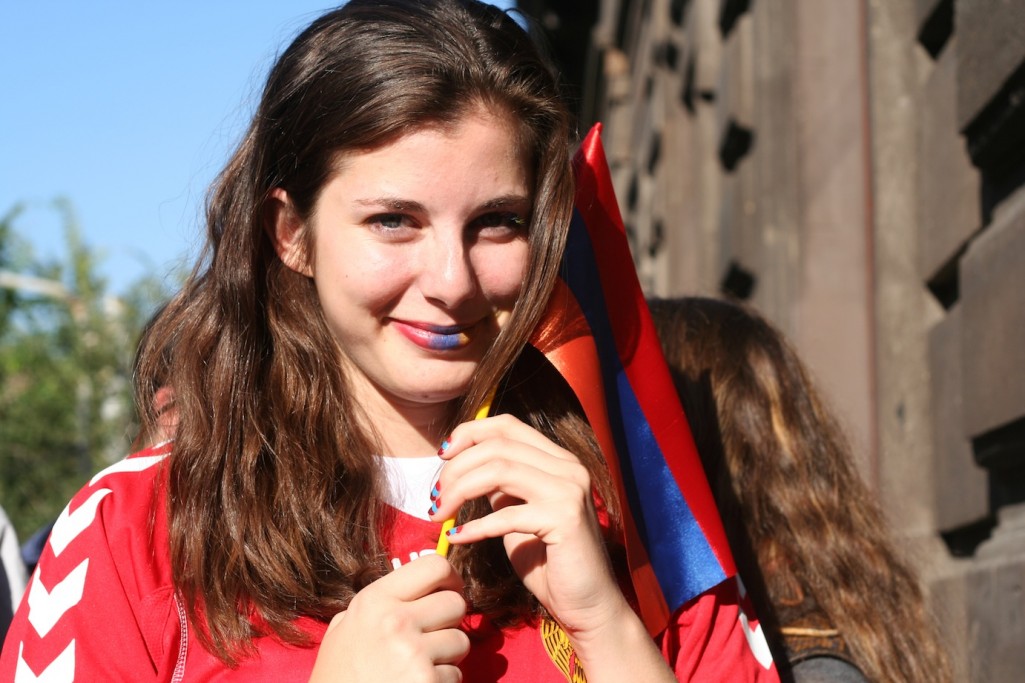 Fresh off a win against Macedonia last Friday which delighted fans around the globe,  Armenia is preparing for a destiny-deciding game tomorrow, taking on the Republic of Ireland and hoping for the chance to book their place in the European Championship playoff. As supporters get ready to don their colors from both sides, Armenian coach Vardan Minasyan says that the team will play to win,  and the Guardian calls Armenia “the most potentially exciting side to emerge since Denmark in the early 80s,” here’s a rundown of the players, the team’s history and their odds to win.

The Birth of a Team – After the Soviet Union dissolved, Armenia played its first international (friendly) match against Moldova on Oct. 12, 1992 at Yerevan’s Hrazdan stadium,which will receive a 6 million euro renovation, according to Ruben Hayrapetyan, president of the Armenian Football Federation. The game ended in a draw. The countries met again in 2000,  with Armenia winning 2:1, in  2008 2:2 and 2009, 1:4 to Moldova. Eduard Markarov, managed the team from its inception until 1994 and played for the USSR national team, participating in the 1966 FIFA World Club and playing for  Neftchi Baku PFC, currently the most popular team in Azerbaijan, from 1961-1970.

Worst Loss – Armenia suffered their worst defeat in history against Chile in Viña del Mar, losing 7 to 0 in January 1997, giving the South American country its biggest win. Armenia also lost to its South Caucasus neighbor Georgia, with the same score, in the same year. Armenia’s successes as a national team are fairly recent, with its biggest wins against Andorra (4-0) in 2010 and Slovakia (4-0) just last month.

Against All Odds? – According to betting site Oddschecker.com the majority of the people betting on Tuesday’s game are placing their money on Armenia for a win, with 53.06 percent of the bets going to the country.

Moving on Up – For the first time since its inception, Armenia has ranked 44th in FIFA’s recently released world ranking list, moving up by 27 positions. Wedged in between Nigeria (43) and Jamaica (45), it leads in first among South Caucasus countries, with Georgia at 64 and Azerbaijan at 97. 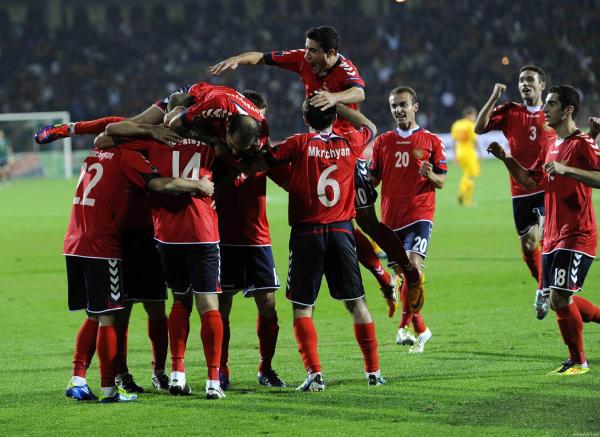 The Squad – The 22 person team includes Yura Movsisyan, Henrikh Mkhitaryan, Gevorg Ghazaryan, Marcos Pizzelli and Artur Sarkisov, all of who have scored goals in the last three games. Pizzelli, a Brazilian-Armenian, has been with the team since 2008. He played for Ukranian team FC Metalurh Donetsk and recently was chosen as the best player of the team in July by fans, according to PanArmenian.net. Born in Baku and raised in Los Angeles, Movsisyan joined the Armenian national team last year. Currently playing for FC Krasnodar, he was initially signed to the Kansas City Wizards and led the Pasadena City College men’s soccer team with 18 goals in 2005.

From Minor Players to Major Threat – “In the short term, they will be giving Ireland headaches,” writes Daniel McDonnell in Ireland’s Independent about Armenia. “But in the long term, they could be appearing on your television screens more frequently on a European stage.”

Join us as we live tweet the game tomorrow at @ianyanmag, and check below for details: