By Contributor July 9, 2010 in Arts & Entertainment 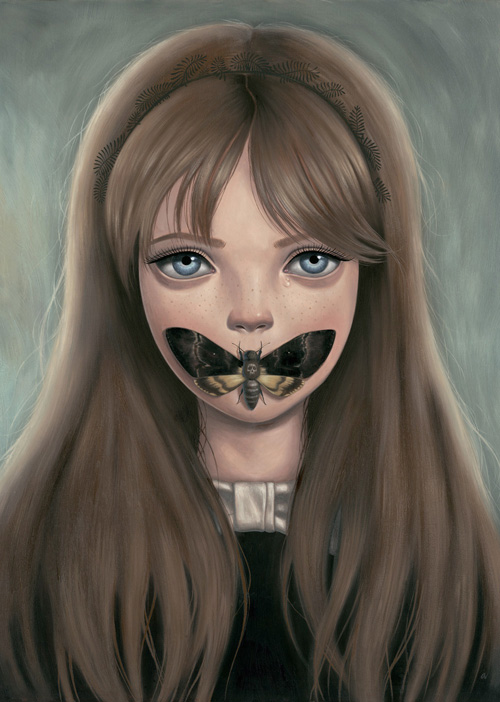 Los Angeles-based artist Ana Bagayan‘s detailed and delectable illustrations evoke more emotion than meets the eye. From her haunting portraits of soul searching girls to her surreal depictions of animals, Bagayan,  who was born in Armenia and  moved to America in 1990 has a talent can be seen even before her paintings are finished – she regularly posts sketches and works in progress on her blog.

she took some time out between traveling to answer a few questions about art, inspiration and animals.

Q. Why did you decide to pursue art and illustration?

A. It was the only think I was really interested in since I was a child so it was a natural choice when I had to decide on a major in college.

Q. Your art work reminds me a lot of another favorite artist of mine, Margaret Keane. How did you develop your style? What influenced you?

A. Keane has been a big influence in the pop surrealism genre, which is what I fell into when I started showing in galleries. It was the type of art that I was into at the time and some of my instructors at Art Center were also showing in the same scene so the influence came from being surrounded by the art and artists that I enjoyed while I was still learning to paint.

Q. What impression do you hope to leave on people who view or buy your art work?

A. Well, hopefully, a positive one. I’m open to allowing the viewer to make up their minds as to what the images are about and create their own narrative.

Q. Do you have any favorite pieces that you’ve painted?

A. My favorite was Critters. Aside from me enjoying painting animals, and fur, and shadows, that piece was different than what I had been working on previously and opened my eyes to exploring a more naturalistic environment in paintings. 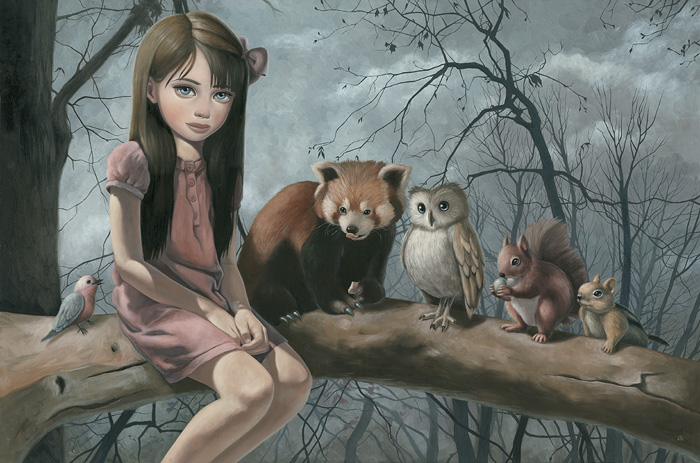 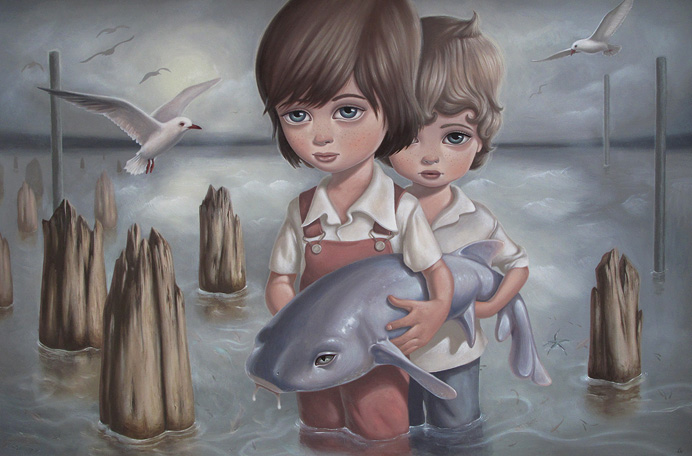 Q. I notice that on your blog, you have a very creative and cute little logo on the right hand side that says “Ana and Ara” in Armenian. Do you plan to do any Armenian illustrations or do you ever use Armenian-influenced themes in your painting?

A. Some years ago I did a show based on my soviet-influenced school books. You can see the show here: http://www.laluzdejesus.com/shows/previousshows/2005/bagayan.htm

Q. Animals seem to be a common running theme in your paintings – any reason behind it?

A. Animals are universal. Any culture can relate to the animal kingdom, while only a small number of people can relate to the figures I paint. They’ve been used in fables, stories and painting since the beginning of time to portray human characteristics and behaviors for that reason.

Q. Besides your art work, what other interests keep you busy? I got through obsessions every so often.

A. Currently, my obsession is collecting music. I also like traveling and taking short road trips. It keeps my mind fresh and inspired. Any opportunity to get out of Los Angeles should not be ignored.

Q. What plans do you have for the future?

A. In the near future, my next show will be at FB69 Gallery in Muenster, Germany. It will be a solo drawing show. I also have multiple group shows coming up in the next two months. Check my blog for updates on the show, I will be announcing them closer to the events.