By Liana Aghajanian February 4, 2013 in Caucasus 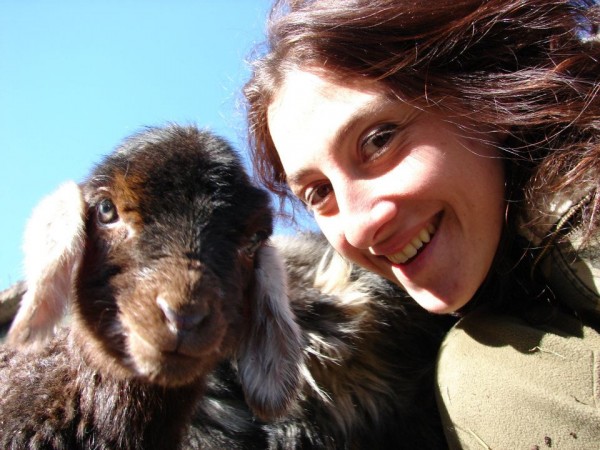 Mariam Sukhudyan is the quintessential face of Armenia’s active environmental community. Through her activism both on the ground and with the help of social media, she has carried the message of pertinent environmental issues beyond the borders of the South Caucasus country and gathered much admiration in the process.

In 2010, Sukhudyan was awarded the U.S. Embassy of Armenia’s first ever Woman of Courage Award, honoring her “responsibility, courage and leadership in the pursuit of justice.” The award came after her and a group of volunteers at the Nubarashen Special School Number 11 alleged child abuse from staff, statements that she once faced up to 5 years imprisonment for, before the charges were dropped and redirected towards school staff.

Since then, she’s been at the forefront of the struggle between activists and government officials in Armenia over the future of Armenia’s lucrative mining industry and the unrepairable damage that she says Armenia can’t afford.

Learn more about Sukhudyan, the environmental movement in Armenia and why the battle over Teghut Forest is so important to activists in our short interview below:

Q. When did you first become interested in the environment, and why?

A.I first became interested in environmentalism when I noticed things taking place around, wilfulness towards nature and environment, The civil struggle began with Symphony of Stone in Garni in 2007 , when a group of people were destroying the monument of nature with crowbars for the workshop of Paravon Mirzoyan, the director of national art gallery and for the church floor of Hovik Abrahamyan. Yet later it was known, the natural monument became means for serious business, and it was being mercilessly destroyed.

Q. What is the current environmental situation in Armenia like?

A. It ‘s much like a sick , wounded woman who will be saved only by means of her endless love and immense faith…If we don’t turn this love into efficient activity, we wont have Armenia any more …

Q. Why is it so important for you to be an environmental activist in Armenia?

A. It’s absolutely of no importance which way I will be called , environmentalist or activist , simple citizen of RA (Republic  of Armenia), a woman fighting together with her maternal instincts, or a blind romantic person… reality is that we lose Armenia, and the opportunity of living atmosphere, producing healthy generation and having continuation, the type of an Armenian person is being degenerated and it is the problem of all of us , irrespective of our geographical position.
Q. Can you describe what victories you have had in your fight to protect the environment in Armenia and also what failures?

A. Struggle is a victory itself , the man who fights never loses, if there is still someone who believes and does his best to change the country he lives in, then nothing is lost. Sometimes victories are visible and tangible as, let us say the struggle in Trchkan, where the building of water power plant was suspended and the biggest waterfall in Armenia was saved.

Khosrov forest reserve was saved from becoming restaurant and and a place of fun … As we know, by government’s decision one great part of the forest reserve was given to be built on, this illegal activity was again banned on behalf of community and NGOs .

The biggest achievement is civic revival , because Armenia is just like its citizens , it’s our internal mirror. So if we seek for a good and worthy life, respected rights, harmony with nature so first and foremost we should be the one to take the initiative and pass on.

We won’t allow our rights to be violated every time … while you stoop, do not complain, but if they ride you, this mean it’s high time to draw our spine up. 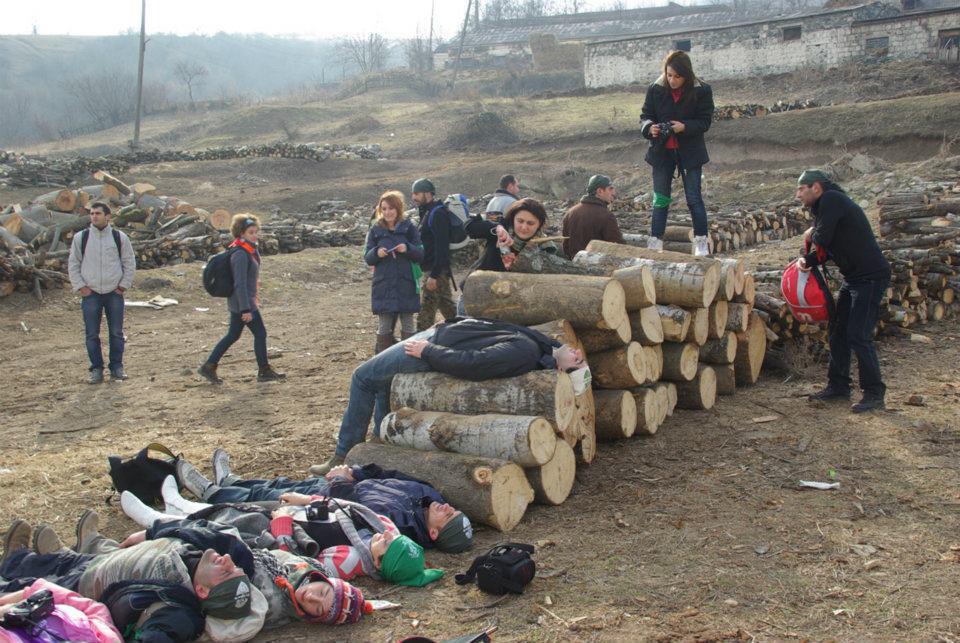 Q. What is the most important environmental problem facing Armenia now?

A. The mining industry gnaws from inside our organism like a worm. Armenia is like a tasty, juicy fruit, which is being attacked from different sides, squeezing out the juice of our homeland , Armenia becomes deprived of juice, air , water and life. If we do not stop the wilfulness performed in the sphere of mining industry, we will destroy the country that we inherited centuries ago. It’s quite enough to take a map and look at the sectors where metal mining industries are marked and the scene of the environment we live in will be clear , if we do not stop this policy then in fact all is a lie, our patriotism, love towards our children and family worship.

Q. Through Facebook and the internet, you get a lot of support from people around the world, including the Armenian Diaspora. How does that make you feel?

A. It’s very good that diaspora is gradually interested in the environmental issues of Armenia, today Armenia contains not only victims of genocide. There is also the living breathing nowadays Armenia , which is again in need of huge attention, love and concrete actions. We expect that Armenians living abroad will feel themselves inside Armenia and from now on will take part in today’s life of Armenia, irrespective of the fact which corner of the world they live in. Armenia needs you.

Q. Can you tell me about  some of the most recent event you were involved in, saving the Trchkan Waterfall as well as Mashtots Park? Why are these issues important to you?

A. The park belongs to the community and no one has the right to sell it, divide it, spoil it and make a trading center. It’s time for a simple citizen to understand that this country belongs to him and he is the owner and the servant , that he has to take part in events round him. We lose our type, we lose the human inside us , the environment which nourished us for centuries.We MUST kill the slave and awake the owner.

Our next battle is Teghut, we call on the whole diaspora to focus its thoughts and activity towards Teghut, in case of need to travel with tents to the North of Armenia and with their presence suspend the disastrous performance of the mining industry , the collecting of one hundred million tonnes of industrial wastes and its flow into surrounding environment, I have to remind that here are the traces of Qur Araqs cultural civilization…. And while losing Teghut, we will turn over the last page of Armenia.

To learn more about the environmental movement in Armenia, visit the Pan-Armenian Environmental Front