By Contributor August 27, 2009 in Commentary 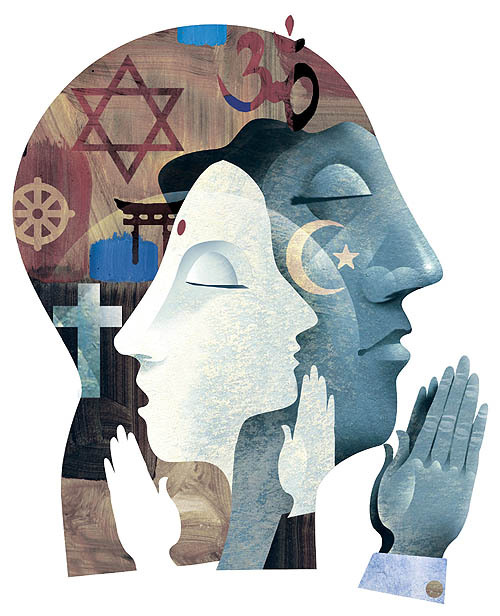 “This is pointless, unfair and absurd,” says Stop-Motion cartoonist Tammam Hamzeh in a video report filed by Russia Today, about Syrian laws that do not permit  him, a Syrian Druze and his wife Anna, an Armenian who is Christian Orthodox to have a legitimate marriage because of their different religious backgrounds.

Living in Damascus means that their marriage is considered illegitimate and thus, they have no official marriage certificate. The only way around  this is if Tammam converts to Islam, as Muslim men are allowed to marry a woman of any religion by Syrian law.

Although Syria does not have an official state religion, Article 48 of the Syrian Personal Status Code pronounces marriages between members of Christian and Druze faiths – a religious minority considered to be an offshoot of Islam – illegal.

Another couple, Rouba, a Muslim woman and her Christian husband, registered their marriage in a European country to avoid having her husband change his religion, reports Syria Today. She advocates the introduction of civil marriages to Syria, which would allow mixed faith marriages to exist legally in the country and protect the rights of the married couple.

In addition to Syrian law not allowing for mixed-faith marriages, a Druze male can face serious social consequences if he converts to another faith to marry a non-Druze, according to a report prepared by the Country Research Section of the Australian Refugee Review Tribunal (RRT) on cultures and practices of Druze in Lebanon.

“It is likely that he would face social ostracism from the Druze community and that he would not be allowed to live in a Druze area The situation is said to be very different for Druze women and most Druze experts agree that a Druze woman risks death at the hands of her own family if she converts to another faith to marry a non-Druze.”

To much of the Western world, laws such as these might seem unimaginable, however given the latest battle in some states like California to legalize gay marriage, the concept of marriage discrimination is probably a familiar battle. Many human rights organizations and activists have proposed that the only way to combat this discrimination is civil marriage.

In an article published in 2008 by the Syrian weekly “Al-Nour,”  Attorney Du’a Moussa questioned the restrictions put on the freedom of marriage and said that until Syria passes a non-religious law allowing civil marriage, interfaith marriages will continue to be impossible. “Al-Nour” also surveyed 500 students at Syrian universities on the subject of interfaith marriage and found that 41 percent of the students said that they were in favor of interfaith and inter-sect marriages, though 40% said that they would prefer to sever relations with anyone who married outside the faith. 64 percent stated that Syria should legalize civil marriage as an alternative to religious marriage.

In addition to Druze and Syrian laws and practices, the Armenian Apostolic Orthodox Church does not fare any better.

“Marriage between an Armenian Apostolic and a non-Christian is prohibited as long as the later has not express desire to accept our Church’s confession of faith, baptism and mission through its sacraments, by his/her own free will in an explicit manner,” according to a document provided by Fr. Daron Stepanian of St. Gregory Armenian Apostolic Church in Indian Orchard, Mass.

The document goes on to say that the Armenian Apostolic Church defines religions such as Judaism, Islam, Buddhism, Hinduism and Paganism among others as non-Christian and heretical, also mentioning that the Armenian Church does not and cannot encourage mixed marriages.

“This is not a matter of prejudice and/or unfair discrimination, but rather it reflects the principles of remaining faithful to our faith.”

The Church however takes a drastic step further, explaining that non-Christian partners must accept rites, get baptized and also confirm  with a written promise, that they shall raise and instruct their children in accordance to the doctrines and teachings of the Church.

In 1977, a Druze court of Religious Appeals in Israel struck down a case involving a Druze man and his non-Druze spouse on bases similar to the contradictory statements made by the Armenian Apostolic Church outlined above.

When four of the couples children requested that they be recognized as Druze, the court rejected the request outright using the following reason, as written in the book “The Druze in the Middle East: Their Faith, Leadership, Identity and Status” by Nissîm Dānā.

Given all the rules and regulations religious doctrines and country penal codes have put on marriage, from Syrian laws, to Druze attitude and outdated religious practices of the Armenian Apostolic Orthodox Church, the most central theme to marriage has not even been considered: Love.

Something tells me they all would benefit from listening “The Beatles,” or at the very least, realizing that when two people decide to marry, they do it on the basis that they love and care for each other, not for a higher power, not based on the conformity of outdated laws that seek to restrict freedom and ignore human rights and certainly not to please their community or church.

Furthermore, by making statements about how the inability to recognized mixed faith marriages, which are considered dangerous to the community is not founded on discrimination or prejudice is absurd, especially when discrimination is bluntly defined as ” treatment or consideration of, or making a distinction in favor of or against, a person or thing based on the group, class, or category to which that person or thing belongs rather than on individual merit.”

The only thing left to say is this: Young people of the world who are marrying someone of different faith: Religion does not define you, laws do not define you, only your love for each other can define you and don’t let anyone – your country of residence, your church, your priest or your community tell you any different. What you know now about love, respect and understanding, is impossible to comprehend for those who are blinded by nationalism and clouded by interpretation suited to serve selfish desires.

All you need is love, and the courage to move to a part of the world that has evolved enough to realize this. Sail on.