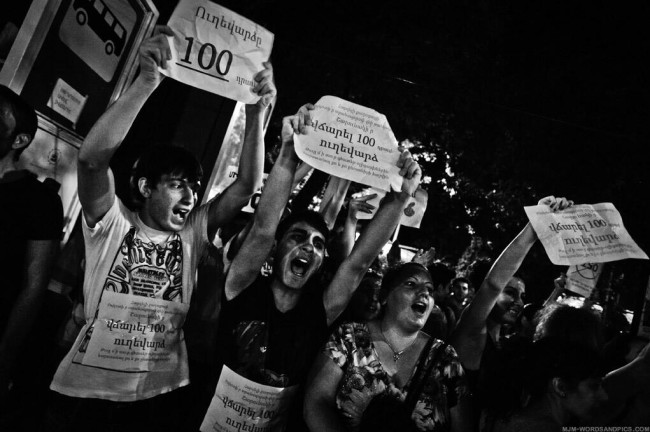 When a bus fare hike came into effect in Armenia’s capital Yerevan five days ago, raising the price by 50 percent from 100 to 150 AMD, concerned citizens didn’t take the news lying down.

Instead, they swiftly organized protests across the city, social media hashtags, public service announcements and free carpool rides. Six days later, the bus fare was reversed, giving Armenians more than a community victory, but the sense they can change more than 50 AMD when they come together.

Protestors marched the streets for days with small posters that proclaimed they would only be paying 100 AMD.
Facebook groups popped up, proclaiming that citizens wouldn’t be paying 150 AMD so that government officials could buy new Bentleys.

“#չեմվճարելու150դրամ,” “I wont pay 150 AMD” propped up as the movements official hashtag on Twitter. Residents got creative, using the slogan with several famous internet memes to get their point across: 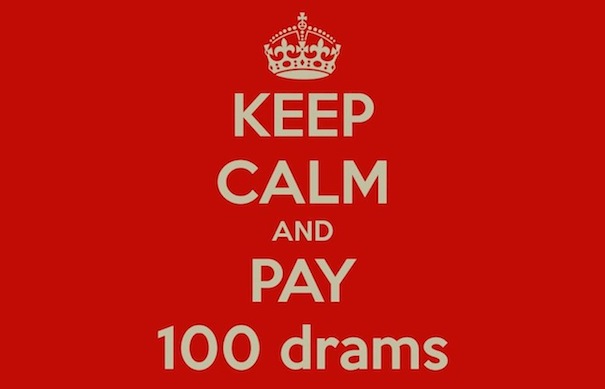 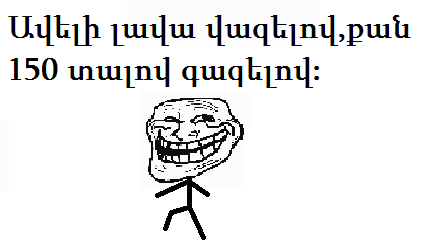 Ordinary residents, and even Armenia’s troupe of celebrities began offering free rides. Many were encouraged to print out the following poster and attach it to their cars. 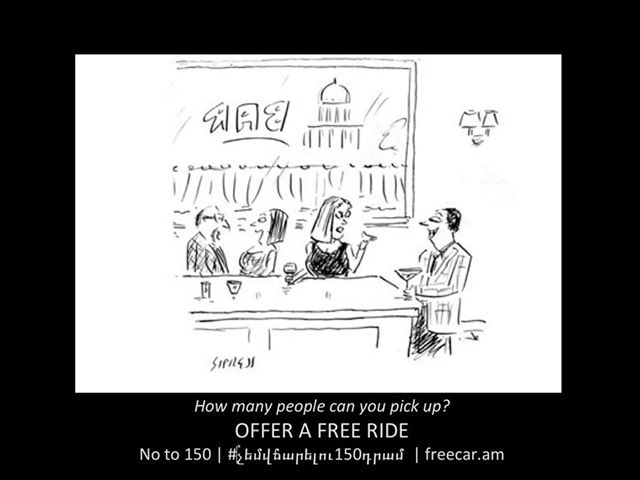 Even a tattoo in protest of the increase was being circulated across Armenian social networks: 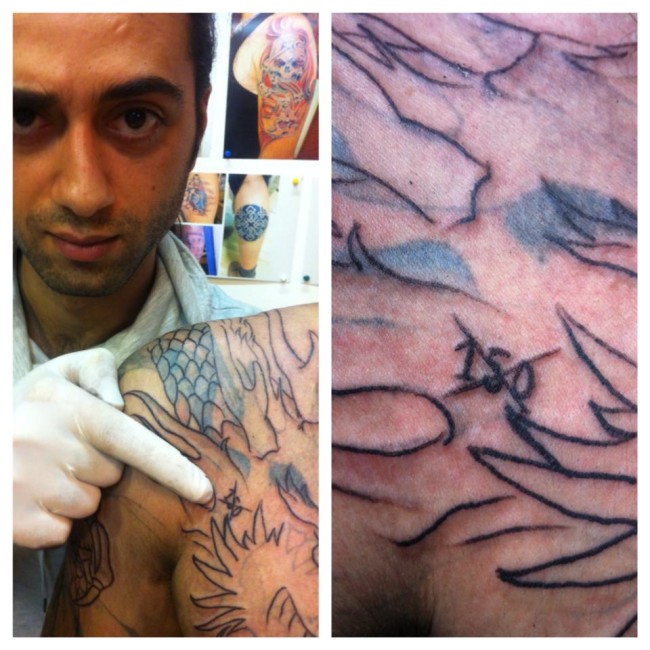 The rise in bus fare stoked outrage in a country where poverty levels and the cost of daily living is already high, where the increase, though only at 35 cents, was a significant one. It also raised larger issues about who was benefiting from the increase. Yerevan’s bus routes are largely owned by Armenia’s ruling elite. Henrik Navasardyan, head of Yerevan’s Department of Transportation is the owner of one such bus route, according to Hetq.am. Other rumored owners include parliament members like Galust Sahakyan, who is the head of the ruling Republican Party of Armenia.

Current mayor Taron Margaryan who suspended the fare hike said that increases are unavoidable if improvements were to continue and that  there really isn’t an alternative.  He also acknowledged the price burden on Yerevan’s residents, reported Armenia Now.
Just before the reversal, concerned citizens released a statement of official demands that called the increase “anti-social and anti-democratic” and one that violated Yerevan City Hall’s own adopted principles of public participation and inclusion of its residents in the decision making process. The group also outlined longterm goals, including a complete de-privatization of the public transportation system, a publication of the list of private companies that currently run the system with detailed reports of tenders over the past five years and  “an explanation on the immediate and longterm benefits and results since privatization of the sector.” 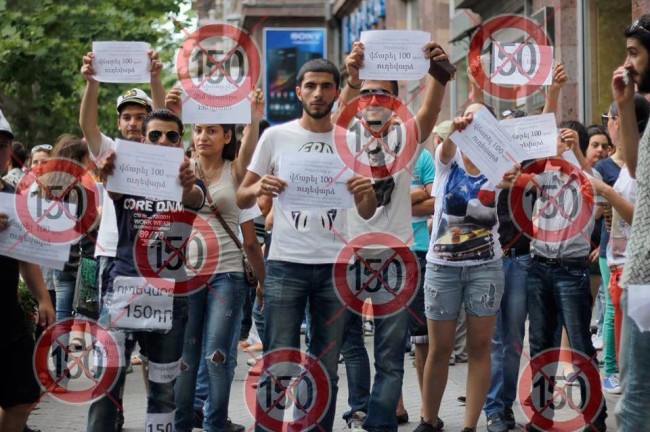 The unity and organization of Yerevan residents, with youth activists leading the way for “The People’s Victory” has renewed a sense of accomplishment and planted seeds of hope, changing the country’s mood, where apathy has frequently reigned and shedding corruption and Armenia’s oligarchic reigns have been significant challenges. A growing activist movement among a new generation seems to be making some headway when it comes to several civil society issues.

“And now I have a huge request,” one resident wrote on the wall of the Facebook group, “We will pay 100 AMD,” Let’s stay unified together like we were these last few days.”

“Now that we’re on the same page…let’s create an event so that in some way people recognize that July 25 was a victory day for young Armenians,” wrote another.