By Robert Fullam December 23, 2009 in Commentary 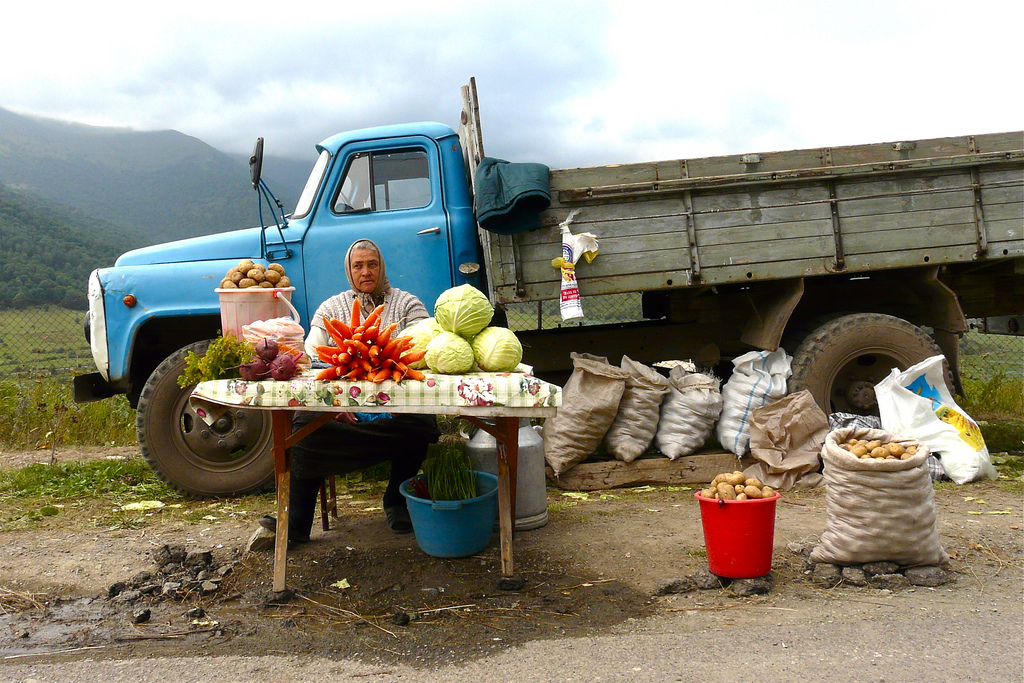 “Meghker! Meghker!” If you are Armenian you have probably heard this phrase uttered before, by your mother, or your father, aunts, uncles, many times your grandparents. I remember when I first heard it said by my mother, I didn’t understand what she was saying, and I asked her what it meant. She said it was hard to describe its meaning but basically it meant the same as shameful and breaking out my Armenian-English Dictionary, Eastern Armenian version, and I found the closest word, meghkanal, which meant pity. So I guess I was on the right track on figuring out its meaning and all, but it was still this ambiguous word that had more meaning than the English language could give it.

The pronunciation of the word itself was hard for me to get around and even say, so I ended up playing around with it, trying to trick my throat, tongue, and countless other tiny muscles to articulate meghker with the same guttural emotion that my mother had. It seemed as if I had hit a wall and could not get any further. Then one day, as I was reading an article, not sure what about, but it happened. I could hear my heart beating faster, my stoicism melting away, submitting to emotions ranging from anger and resentment to shame and helplessness. I sensed muscles that lay dormant come alive, working in conjunction with every other muscle in my body, doing so without command.

To my surprise I uttered the word, “Meghker!” I now came to the realization why I struggled so much with trying to say meghker. Meghker is a unique word on its own, there is no one word that can really describe it as a whole without losing some of its meaning, the word itself is a response to a number of stimuli, and these stimuli invoke certain emotions that many Armenians experience, ones of anger, frustration, shame, but meghker is not a sum of all these negative words, it is an expression of our attempt at reconciling the good with the bad. We are proud of our people for doing so many things, when you see an Armenian name in the credits of a movie, you beam with pride and when you see an Armenian name in the news like Dr. Kevorkian or even the Kardashians, we shy away.

Meghker is the verbal articulation of the Armenian mindset in many respects. When you say this word, it comes from deep inside of you, its rough and unrefined, its simply raw feeling. The Armenian people have a deep connection to this word, because we are a people of contradictions, of great successes and great tribulations. Meghker! simply just asks questions, attempts to ask why things are. How can the world’s first Christian nation say its authentically Christian when it discriminates against religious minorities in its own country, how can Armenians, who have suffered genocide and discrimination under many empires because they were a minority do the same to Yezdis, Jehovahs Witnesses and LGBT Armenians in their own country? Armenians, for our amazing achievements, the trials we’ve been through, have also done a lot wrong throughout history, we are not a perfect people.

We have to stop holding ourselves up on a pedestal, Armenians will sometimes end up being on the news for unsavory reasons, deal with it, Armenia is corrupt, deal with it, Armenians are not always right, yes it’s hard to take this one in, but deal with it. I know this seems direct and harsh in some ways, but we as a people have not been dealing with our problems correctly, we sweep them under the rug, we hold ourselves higher than others, but we aren’t, we are human. The Diaspora gives generously to Armenia but many there still live in poverty, the Armenian woman, with so much credit given in terms of her role in the community and family, is still held back by patriarchal old country ways. This word is trying to tell us something.

Earlier I described meghker as a bodily response to certain stimuli. When you touch a hot stove, you pull back your hand fast and you don’t do it again.When you hear the word “Meghker!” you shouldn’t just brush it off as an expression of pity, you should take it for what it is, a bodily response to stimuli, a kind of message saying, “Hey, something’s wrong here”. This is a word that I encourage everybody to take seriously, to investigate further and delve deeper into its origins. It’s a call for help and requires action and change, it challenges us to do what our grandparents, great-grandparents, etc, didn’t think they needed to do. As Armenians today, its our collective responsibility to take on this burden, because we are in a better position than ever to take on these issues, with better communication, technological advances and more innovative and diverse tools. I see poverty, women’s rights, LGBT rights, race and ethnicity issues, and religious problems in the Armenian community and have seen very little progress made in them. To this I say “Meghker!, Meghker!, Meghker!”. I ask you to listen to my plea and extend my hand to you so you can join me in solving the problems facing the Armenian nation, problems that I cannot solve alone and you cannot afford to ignore anymore.