We asked Ianyan readers to share survivor stories from the Armenian Genocide, in which over 1 million Armenians as well as Assyrians and Greeks perished in the Ottoman Empire. We always hear these stories, in passing, through relatives and most recently, scattered across social networks on the web. We thought we would begin collecting them in one central place. Here are a few of them. If you have photos and stories to share of your family who were survivors or your family, regardless of ethnic background, helped any Armenians during the early 20th century, please email us at: editorial@ianyanmag.com 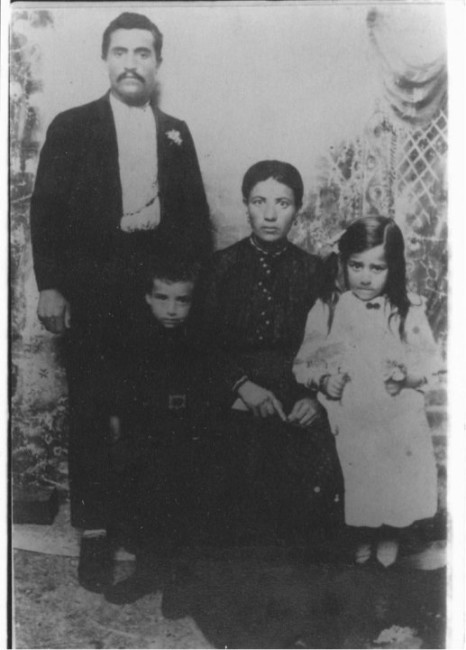 I don’t know why it happened.
A notice nailed to the wall
in my eighth year and we gathered
few belongings, and all our people
marched and stumbled toward Syria.

My mother fell by the road,
and we left her there.
The great dark birds followed us.
The soldiers were dogs, and we became
less than nothing in the desert.

My father died, and my small sisters
grew thinner to their deaths.
There was me and my brother Sarkis,
and the black tent flapping in the sand. 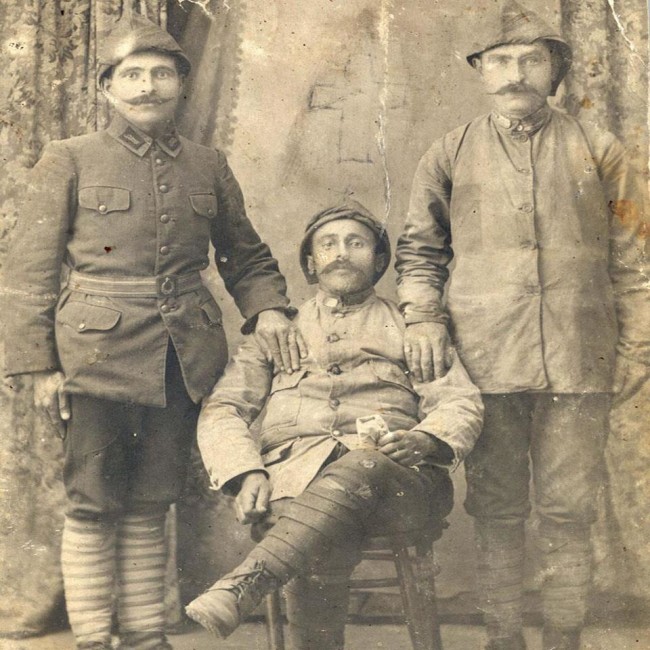 Born in 1878 in Nevsheshir, Anatolia, Garabed Ashekian was blacksmith who made large locks and large keys, most notably for the church in Nor Marash. He was drafted into the Ottoman army at the beginning of WWI, with a promise that his wife and children would not be deported, but when he was demobilized because of a physical injury, he returned home to find that his family was taken. He searched for them, but never found them again. He then joined the national liberation movement for some time, and this photo might be from that period (we don’t know for sure). Then, on his way to Syria, he took his second wife, whom he knew from before the war. They settled in Damascus, where their eldest daughter was born. Soon after, most probably in the 1920s, they moved to Beirut, Lebanon where they had five more children. It was due to complications during the birth of their youngest daughter – my grandmother – that his second wife passed away. To help him with his six, now orphaned, children, he married yet again, another woman from Anatolia. Garabed Ashekian passed away in 1970 in Bourdj-Hammoud. His descendants now live in Washington, California, Texas, Virginia, DC, Switzerland, Lebanon, and Armenia, among other places. 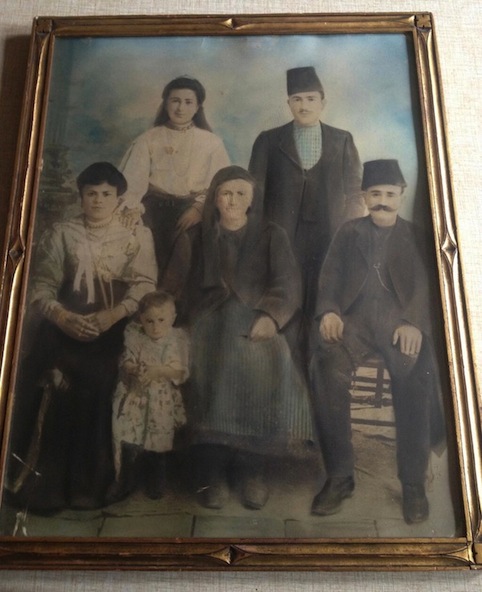 My grandmother Vartanoush Kosharian, top left, survived deportation from Sivas. Her mother, sister-in-law and niece, pictured in the front row, all died in the march. This photo survived because her brother Haig, pictured next to her in the top row, came to America prior to 1915. The photograph was taken so he could have something to remember the family by while in America. The other man in the photograph is another brother who was also in America at the time the genocide began, but who returned to Turkey in 1915 against the objections of his brother and many others to fight in Antranig’s army. He died in battle in Turkey.

Vartanoush ended up in Der Zor and was taken in as a maid/cook by a kind Syrian family. She was found by her brother Haig through the Red Cross, who had travelled the region recording names of survivors and publishing them. They corresponded by mail and Haig sent her money to travel to America by boat. Every April she cried for her two small children who had not survived the genocide.

Rev. Haroutune Toumayan and family on Nicosia Cyprus, Circa 1924.  The family fled Zeitun during the Armenian Genocide and spent the next several years traveling down the coast, briefly staying in Antioch, Jerusalem and Nicosia before immigrating to the United States. My grandfather is the baby in the picture.  Those and my great-grandparents and his siblings.  I forget who the woman holding him is.  I asked him once, he didn’t exactly know either but he died a couple years ago so unfortunately I don’t think I’ll ever find out. 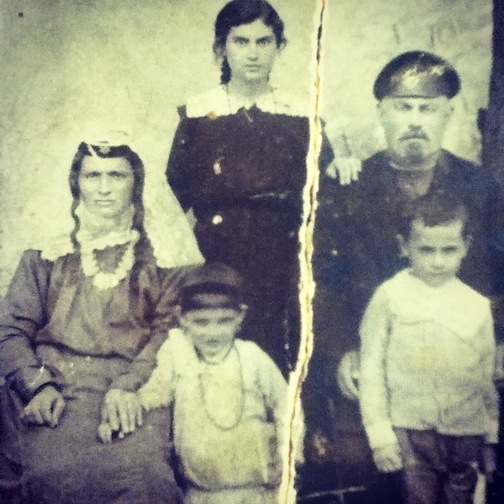 The little girl in this picture is my great grandmother Azgush Atoian, next to her is her brother Sahak Atoian. Their mother on the left, Anna Frankian and her husband Yervand Atoian. This picture was taken in 1918, three years after the Armenian Genocide began. Yervand was from Igdir, which used to be a city in old Armenia. Yervand was a very successful businessman. During the time of genocide he supplied Armenian men and women with shelter, money, food, weapons. He did whatever he can to help his people. In 1915 they barely escaped with their lives and ran away leaving everything behind to today’s capital of Armenia, Yerevan. They escaped with the help of Alecko Frankian (not pictured here) my great great uncle. He was an Armenian Freedom fighter at the time which were called “Fedayis”. He was so brave and courageous, he helped Armenian men, women, and children. The Young Turks felt so threatened by him they had offered gold for his head on a stick! Alecko saved many Armenians and was considered a hero. In the morning he hid away from Turkish soldiers by dressing as a woman, and at night he fought them. He had Turkish friends who opposed the genocide that would give him secret information he needed to survive. They all died of old age, comfortably in their beds in Yerevan unlike the millions of Armenians who were slaughtered mercilessly. Although they lived through the genocide, the impact never quite left them the same again. Alecko Frankian, Yervand Atoian are my heroes. Without them, i wouldn’t be here today. Unfortunately, there are a million stories like mine that have gone unheard because the genocide of the Armenian people is essentially a forgotten genocide.