A few details have come to light since the tragic death of Neda, the woman who was hit by a sniper bullet during a protest in Iran after the fallout from the election – a scene caught on tape and viewed all around the world and one that made her a symbol of justice and solidarity. 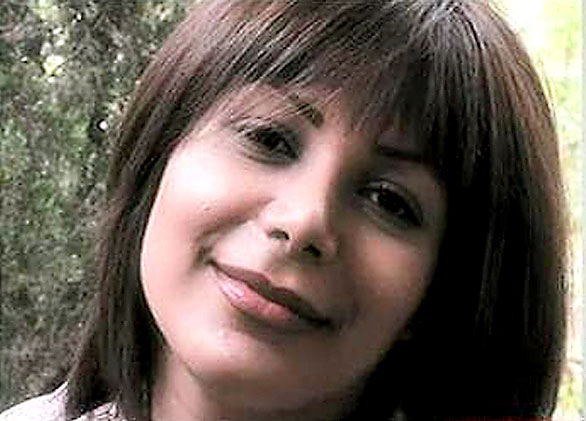 When the news and video of her death initially broke, many acting as citizen journalists, after most members of the international media were not allowed to report from Iran, scrambled to put a face and story to her name. As Memoir Vive Tv reports, a search on Facebook branded Neda Agh-Soltan with a face of another Iranian woman who shared her name whose photo can be seen in the graphic in this post.

“This is a name similarity. However, I’m so honored of this similarity Pray for my people!” wrote the mistaken Neda Soltani as a comment on a Time article about the woman who quickly became the poster child for the protests.

The Los Angeles Times had a great article on Neda by Borzou Daragahi in which she was said to be attending Tehran’s Azad University, studying Islamic philosophy until she decided to pursue a career in tourism.

Travel was her passion, and with her friends she saved up enough money for package tours to Dubai, Turkey and Thailand. Two months ago, on a trip to Turkey, she relaxed along the beaches of Antalya, on the Mediterranean coast.

She was also taking piano lessons and was an accomplished singer but never an activist and only decided to attend the protests because she was outraged by the election results. Her friends warned her not to go, but she didn’t listen.

But Agha-Soltan was as stubborn as she was honest, Golshad said.

She was struck in traffic on that fateful day with three other companions on her way to the demonstrations. After they stepped out of the car, the unthinkable happened.

“We were stuck in traffic and we got out and stood to watch, and without her throwing a rock or anything they shot her,” he said. “It was just one bullet.”

Blood poured from the right side of her chest and began bubbling out of her mouth and nose as her lungs filled up. 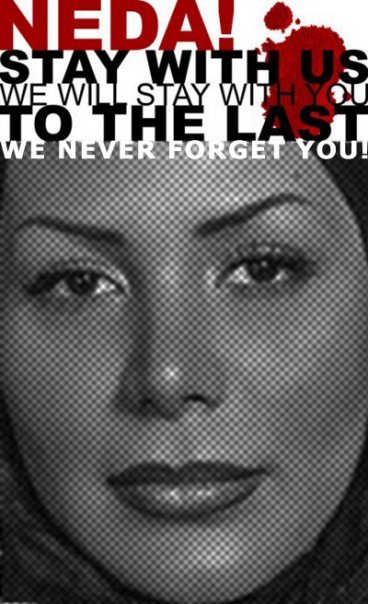 The National, an English newspaper launched by the Abu Dhabi Media Company reported that Neda’s fiancé Caspian Makan spoke to BBC Persia about her death and burial, adding that officials from the morgue asked if they could use parts of her corpse for body transplants for medical patients. In a hurry to get their daughter back and buried, her parents agreed to expedite the process. She was buried in Behesht-e-Zahra cemetery in southern Tehran

The fiance told the Farsi-language broadcaster that Iranian authorities banned Ms Agha-Soltan’s family from holding a memorial service for her at a mosque because they were afraid it could become the focus of opposition protests.

“The authorities are aware that everybody in Iran and throughout the whole world knows about her story. So that’s why they didn’t want a memorial service. They were afraid that lots of people could turn up at the event.”

Though “#Neda” is no longer a trending topic on Twitter, there has been a Facebook page setup that has close to 4,000 fans. Another page as over 15,000 fans. On the latter page, the video of her death was posted along with a simple message: “The bullet that killed you made me come alive.”

In the 80 some comments on the video, here is one of the best:

I cannot stop the tears after watching this video. The sadness, anger, frustration, and confusion has completely filled me. But, her bravery will not go unseen. It has affected many across the globe to speak up and fight the battle that Neda so bravely fought. Her death should not allow you to be fearful of these terrorists of the state (for that is what they want); but instead, to fuel all us with energy, determination, strength and bravery to fight against this evil facing us and our brothers and sisters in our homeland. Rest in peace Neda, for it is now in our hands!