The word odar is roughly translated as “stranger”, “non-Armenian” or “other”, similar to the use of the word goy or goyim, a word of Yiddish and Hebrew origin which is used to describe non-Jews. Both these words border ethnocentricity sit on the edge of insulting and ethnocentric or are a culturally endearing word taken out of context.

When we hear the word, it’s used to the refer to the parents of a child’s friend, the neighbors across the street, basically anyone who is not Armenian, either ethnically or ideally.

There is nothing endearing about these things and this is the problem right from the start. We establish what is different, strange or odar relative to being Armenian. The negation of being Armenian defines what being odar is. We do not let them define themselves, we do it for them. Being Armenian is seen as a positive or affirmative claim, its negation, not Armenian, is a negative claim. The word structure itself gives a message that not being Armenian is a bad thing giving rise to the imagery of non-Armenians as strange, foreign, and alien. 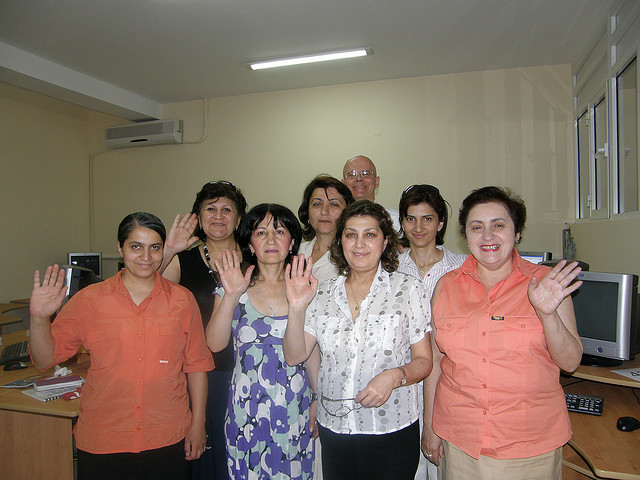 Many Armenians seem to have this polarizing view of Armenian life and the lives of the dirty and corrupt odars.

The assumption that an odar’s family values or morals are at odds with those of an Armenian are absurd.
This stark view of odars as the antithesis of anything and everything Armenian translates smoothly from simply a culture’s knee-jerk reaction into ethno-nationalism and xenophobia. It has gone from the strange American neighbors down the street to Armenia’s neighbors next door, Turkey and Azerbaijan.

The first thought that might come to mind is that Armenians are Christian, Turks and Azeris are Muslim.

What’s your point? More often than not, the non-religious aspects of one’s culture deeply influence religion and even if the religion is alien to the area local cultures throughout the world have a history of, for lack of a better word, perverting religion. “Pure” religion is a myth, just as a “pure” ethnicity is and it is important to remember that Armenians lived in the Ottoman, Russian and Persian Empires for centuries, alongside Azeris as well. It would be ignorant to think that neither the Armenians, Turks or Azeris rubbed off on each other or shared anything in common. So if you could, go out and meet some Turks or Azeris and familiarize yourself with their food, dances and music and I guarantee you will be pointing out similarities left and right. This isn’t just for Armenians but Turks and Azeris just the same because the better read you are culturally, your misconceptions about each other are bound to disappear. 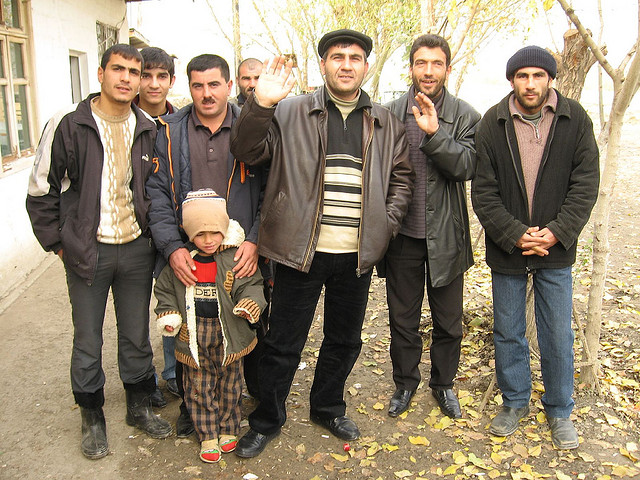 The most common role the odar plays is that on the individual and family level. Nonetheless, this culture of literal identity theft has plagued the Armenian community for far too long. Mixed marriages are still taboo and if you would like to define being Armenian as living up to an ideal, well that is going to largely leave out Armenian members of LGBT community. It is difficult for many Armenian families to accept non-Armenian members into the flock as well as those who are from the LGBT community. Somehow they don’t live up to the ideal Armenian and for that reason they can be labeled as an odar, an undesirable of sorts. Even the most trivial things like simple fumbling with the language or unfamiliarity with the church badaraks or the food are points of condemnation.

Why do we meet other cultural practices and traditions with such hostility? I suppose this clannish behavior is the result of a history of discrimination and alienation, leaving Armenians to hide in their shells. We fall into an Us v. Them mentally pushing away anything and everything that is not considered familiar or acceptable. If we simply surround ourselves with loyal friends and family, we will ultimately be safe. Yet, for students at universities, 9 out 10 victims of sexual assault know their attackers. We have drawn ourselves into a false sense of security, stemming from immigrants arriving from the old country.

You meet another Armenian, you welcome them like family and although in the in the beginning of the 20th century Armenian on Armenian violence occurred, it was relatively low. Many of those immigrants couldn’t imagine hurting another Armenian but today the crime rates between Armenians has risen dramatically. It might very well have been the fact that there was a lot of crime in the earlier part of the century but it was kept from public view. Nonetheless, we have documentation of the crimes being committed today and it is our responsibility to do something about it.

We have mobsters, drug dealers, and gangs and these are topics that make headlines in the Armenian community. So when it happens, how do Armenians respond? They say “They are just some bad eggs, doing amot things” and “They’re all good boys” so Armenians are forgiven for their transgressions, odars are not. The community responds by doing what it always does, try to save face. Armenians have always had a desire to keep their reputation as a hard-working, family-oriented model minority, producing children who will go on to be lawyers, doctors and business executives.

We do all of this at the expense of the problems in the Armenian community and simply sweeping these problems under the rug does not make them go away. The victims of gang violence, bad drug deals, mob hits and everything else are all casualties of our cultural arrogance and our self-righteousness. This is where a scapegoat is needed because these nice Armenian children would never do this if they went to an Armenian school, raised in an Armenian home. The odar serves as the poster child of everything bad with the world, drugs, alcohol, unstable home life and so on. They are the reason we don’t need to ask ourselves if we are the problem or if we are doing something wrong.
There is no consensus on what it is to be Armenian but conveniently enough, there is a consensus on what “isn’t Armenian.”

We have built ourselves a house of cards in an earthquake zone but continue to proclaim it is entirely safe to live there. We stand adamant to the fact that we, Armenians, could do something wrong and that odars are strange and dangerous. Earthquake after earthquake, questions keep being asked about how sound the house is and we attribute these earthquakes as coincidences and bad luck. These are not outliers, they are not anomalies, there is a clear statistical pattern that has presented itself and the conclusion we come to is that Armenians are not all that superior and are as flawed as everyone else and that odars just the same.

When we are able to see others for who they are instead of what we think them to be, it’ll be for the better. It may seem cliché, because it is, but people more commonly cite our differences, not our similarities. When we recognize that we all seek nourishment, friendship and love, it will be much easier to build long lasting relationships and connections with those across the street, in another town or another country. Trust me. Seeing is believing.