By Contributor December 12, 2009 in Arts & Entertainment

Ono, Lennon “War is Over” Translated in Armenian 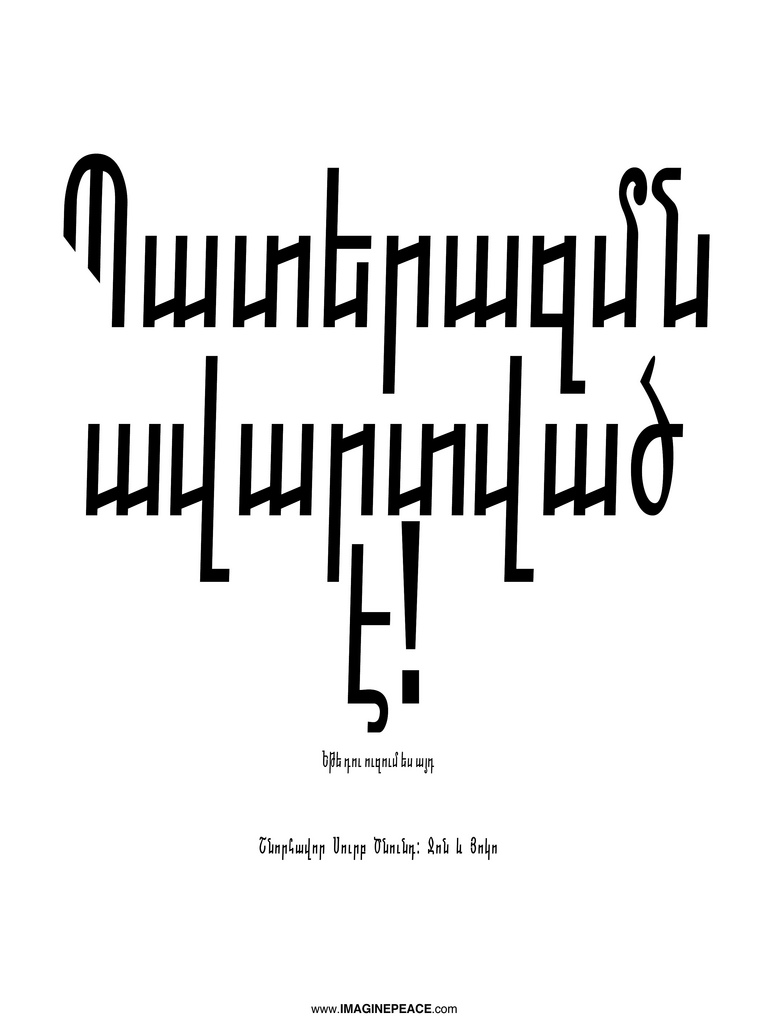 The 1969 campaign in which John Lennon and Yoko Ono rented billboards and posters in numerous cities all over the world that read “WAR IS OVER! (If You Want It) Happy Christmas from John and Yoko” has been made into multilingual hi-res posters, which can be downloaded for free, printed and displayed. The phrase, which originally referred to the highly unpopular Vietnam war, has been translated into over 70 languages including Armenian, Greek, Farsi, Russian, Bulgarian, Arabic and Turkish.

The translations were organized by Imagine Peace, Yoko Ono’s website where she interacts with fans, posts news and sets out to spread peace, an effort she started with Lennon some 40 years ago.

The campaign is still looking for translations in Azerbaijani, Georgian, Nepali, Punjabi, Swahili, Tamil, Uzbek, Telugu and more. They are particularly interested in finding those that can translate the message into Dari, Pashto, Kurdish, Aramaic and Turkmen. The effort isn’t limited to just standard languages – translations in Handsigns, Braille and Morse are also being sought out.

Although especially poignant as the Iraq and Afghanistan wars wage on, the message has the potential to carry much meaning for Armenia, whose tensions with neighboring Azerbaijan haven’t managed to progress positively since the end of the Nagorno-Kharabakh war.