“Overheard on the Net” has been on a mysterious hiatus for some time, but don’t worry, it’s back, with more than enough virtual eavesdropping to keep you satisfied. I guess the Twitterverse got together these last few weeks and decided unanimously to direct their grievances towards Armenian women. Very odd.  Shall we?

This likely comes from someone deep rooted in the heart of an Armenian-infiltrated city in Los Angeles ( Glendale, I’m obviously looking at you). And while I’ll be the first to admit that there is an entire segment of the Armenian population who needs serious lessons in style, I find this comment to be tip toeing on unfair. Just take the compliment and run. No need to reveal xenophobic tendencies over social networks.

I laughed. I’m sorry. Listen, Armenians have distinctive features; prominent noses, bushy eyebrows, etc. And Armenian women work very hard. Very very hard. In fact, many of them work much harder than Armenian men and so, all that cooking and cleaning and scrubbing and child rearing while possibly maintaining  full-time jobs (and not to mention gossip and coffee dates) takes its toll ok? And so does age. And this is the only explanation I can come up with between chuckling at the fact that someone actually said this. So take that. 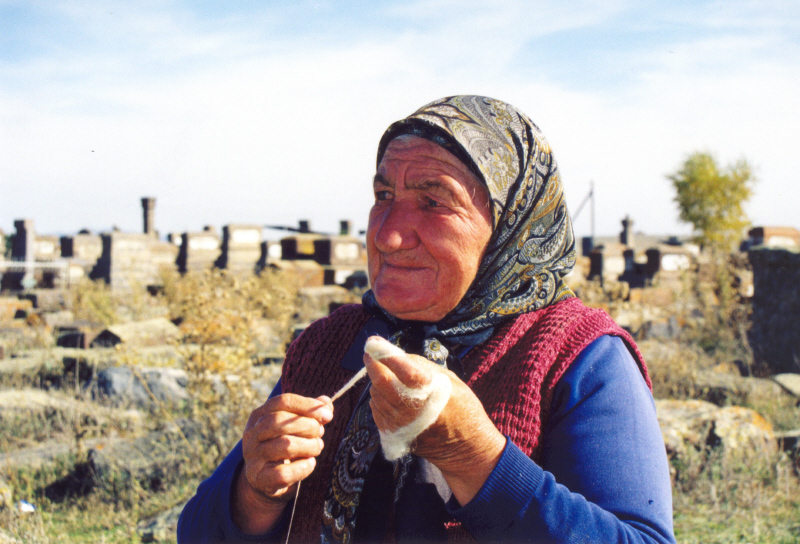 This seems like a gross generalization, however traditional conservative perceptions of women in Armenia and their fight to break free from these expectations are an ongoing struggle. Photographer Sara Anjargolian, who spoke to ianyan earlier this year regarding “How We Live,” her  photo exhibition on poverty in Armenia,saw it first hand:

A blogger at the Women’s Resource Center of Armenia website also covered these issues in Armenian – a rough translation follows:

A woman  must remain modest, classy, be a listener, be someone who doesn’t constantly disagree, a helper, keep up the household,  a nun,  a good learner, have a good marriage and kids and so on, the blogger writes. And if she doesn’t, her entire family will start talking about where things went wrong.

And I would also like to point out that this isn’t particular to women in Armenia, but more or less Armenian women who also must deal with these issues no matter where in the world they are as summed up by “Reflections of an Armenian Woman” where proof that these expectations still exists live in the comments, particularly the first one, where I was called a “raving feminist” who writes “mindless liberal posts.” It was truly a compliment.

I’d like to end with posing a question to Armenian women – is this how life is like in Armenia? Are women still treated this way? What are your experiences like as an Armenian woman in Armenia or for that matter, elsewhere? What are modern challenges that Armenian women face? Any and all answers welcome.