Although their last performance in Los Angeles took place 10 years ago, the Sayat Nova Dance Company’s (SNDC) trek from Boston to the city with the second largest population of Armenians outside of Armenia last Sunday was met with roaring applause, praise and a good number of congratulatory bouquets within the almost full auditorium of Glendale High School in Glendale, Calif., The vivid and electrifying outfits and the troop’s enthusiasm were added bonuses for an almost two and a half hour performance that included dances dedicated to the city of Ani, the Zankezour Mountains as well as regional dances from Vasbouragan. As the screen behind the dancers changed with every song to visually accompany their performance, their traditional costumes glistened under the lights and let their energy and smiles come through.

Founded by director and choreographer Apo Ashjian in 1986, the Sayat Nova Dance Company relies on an all-volunteer group to propel its vision of preserving Armenian culture through the arts forward. Though the performance began with a modern number, in which both men and women came out in all black outfits, the night slowly progressed towards more traditional forms of dance, including “Yaman Yar” which exclusively featured the women and a suite of dances entitled “Lernabar/Vasbouragan/Azkakragan” which featured the exhilarating passion and energy of the troop. The night also featured two special local guests: singers Michael, who also doubled as the Master of Ceremonies and Hovhannes Shahbazyan, who managed to sing and navigate his way through the bevy of dancers with fast moving feet. 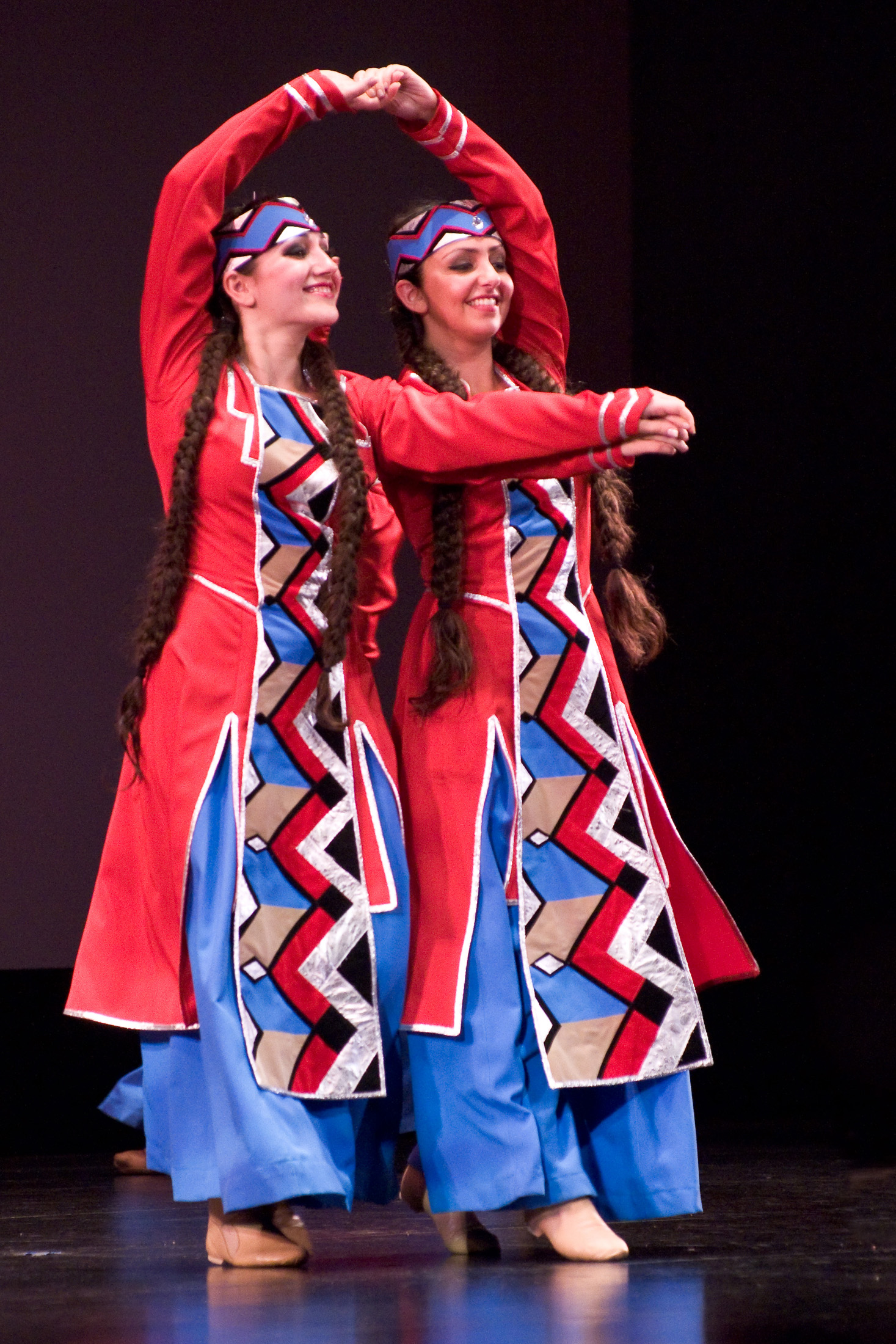 Although music, choreography and synchronized dancing are important elements to any great performance, the eye-catching, beautifully crafted traditional costumes are really what turns this group from an amateur dance ensemble to a quality, passionate dance company who cares for their craft. With over a dozen numbers that required costume changes, SNDC can only be described as Armenian eye candy. Although the most intricate of outfits were worn by the women, the men – with their faux fur vests, head bands and geometric-laden pants definitely stole the show at times. In a city where many Armenian men are chasing fortunes, extravagant cars and women in an effort to prove their worth, it was nice to see a group of high spirited men dedicating their time to something commendable – an observation the crowd seemed to agree with too, judging by the cheers and claps throughout the performance.

SNDC was also not afraid to explore the more melancholic side of Armenian history, with dances that featured the deportation of Armenians by the Ottoman government in 1915 and the Nagorno-Kharabakh conflict in which a solo dancer represented Karabagh and its yearning to rejoin Armenia – represented by a group of dancers dressed in green. Although the army outfits and Armenian flag waving proved to be excessive for this reviewer, many audience members were in tears.

Unlike other Armenian themed performances that might not lend itself well to a multi-cultural audience, SNDC breaks that barrier, making it possible for a viewer to enjoy and understand the performance with the universal language of music and dance whether they are Armenian or not.

Either way, credit must be given where credit is due – the Sayat Nova Dance Company is an outstanding independent organization that should be supported throughout the community. Their performance in L.A definitely proved this point. 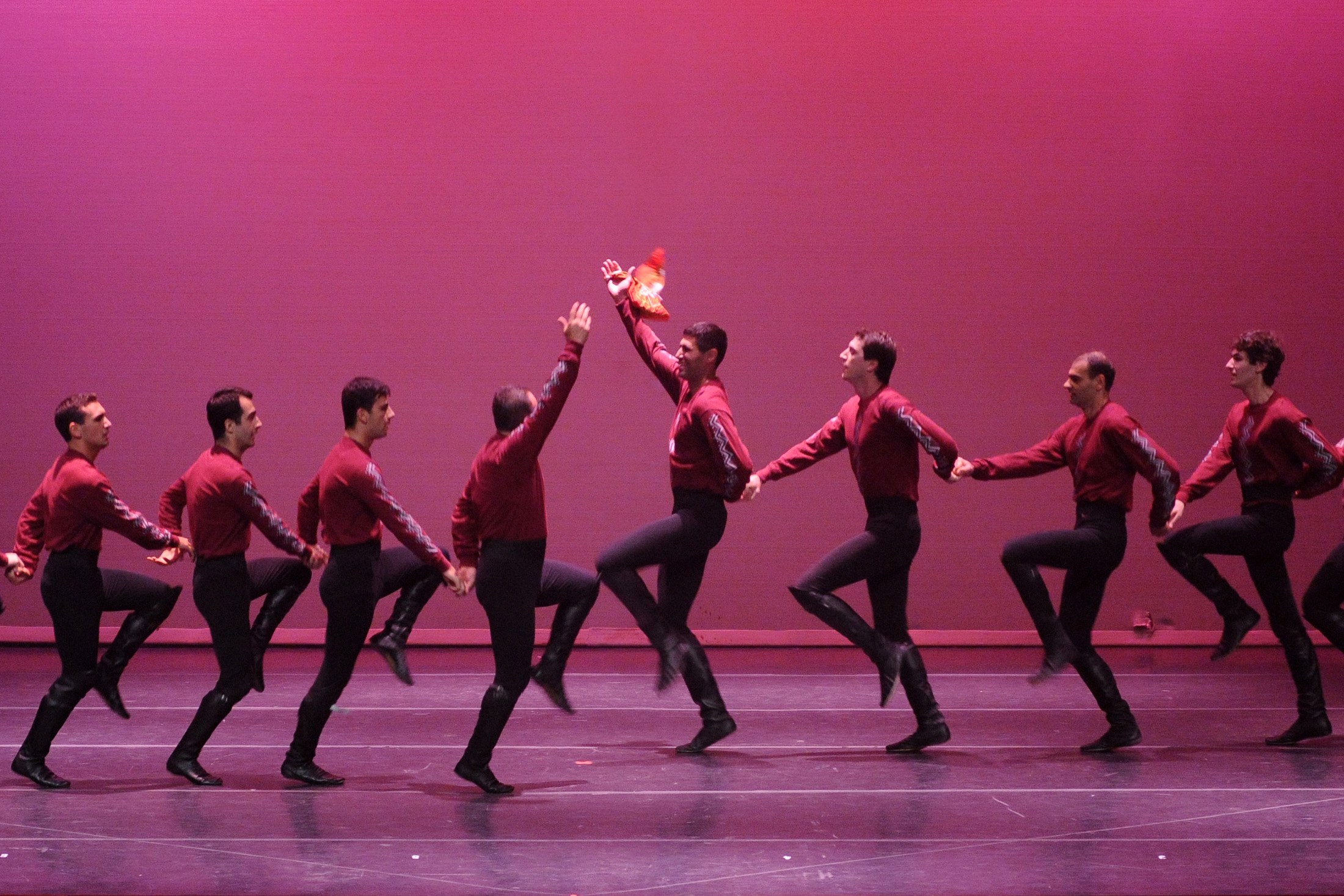