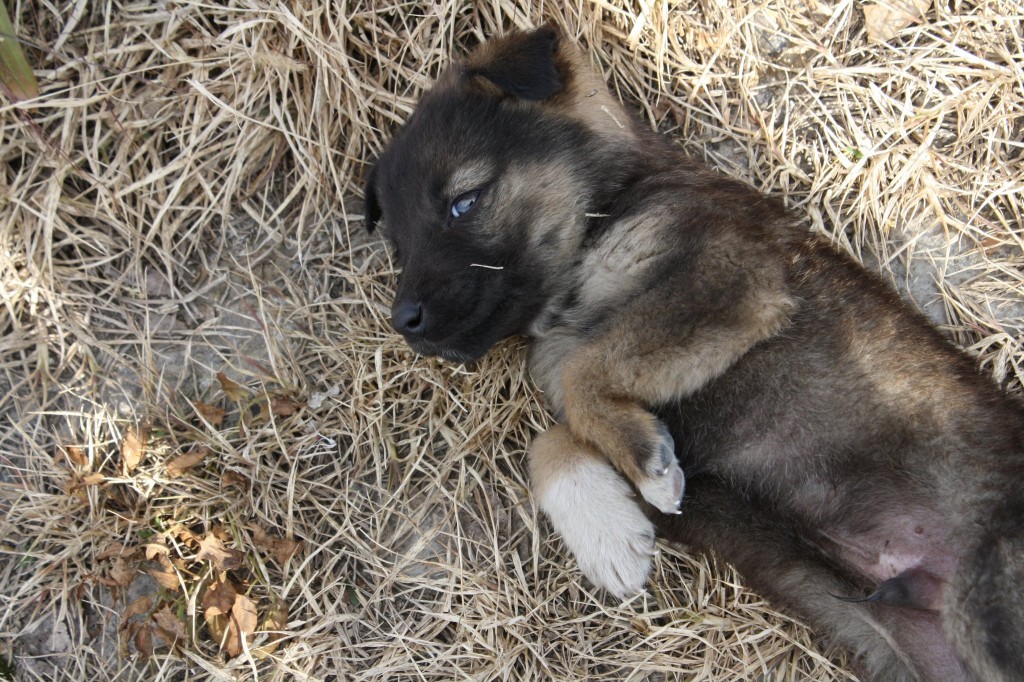 A litter of puppies huddle in a field near Zvarnots Cathedral as the chill of winter spreads across Armenia’s capital city of Yerevan.  They’re the colors of the Earth, trying to camouflage themselves in the dry weeds while cautiously gazing up from them at the same time.  Moments later, their mother emerges. With her ribs covered by a thin layer of fur, she looks like a former shadow of herself as she leads her troop across the plain.

In the city center, dogs wander the streets looking for food, some chewing on paper and rubber bands – anything they can find to fill their empty bellies. Others sit patiently on the sidewalks, occasionally trying to follow passerbys home.

Armenia prides itself on the Gampr, a dog unique to the region with prehistoric bloodlines, but these dogs  are only a few of  the many homeless animals that crowd the streets, creating a canine over-population problem that the country has not been able to come to terms with culturally or humanely.

In an attempt to control the problem, the Armenian government hires and pays dog sterilization company Unigraph-X to spay and neuter  healthy stray dogs, but they’re being shot and killed instead, clearing the streets for the summer tourist season, say activists, who have never seen a sterilized street dog in Yerevan, distinguishable by special collars. The company, which travels and picks up dogs in a van with the words “Dog Sterilization” printed on its side, has been known to shoot dogs in the center of town while onlookers watch it bleed and cry loudly, they say. 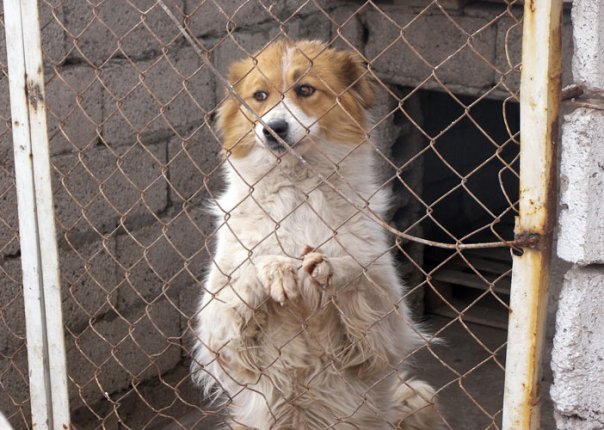 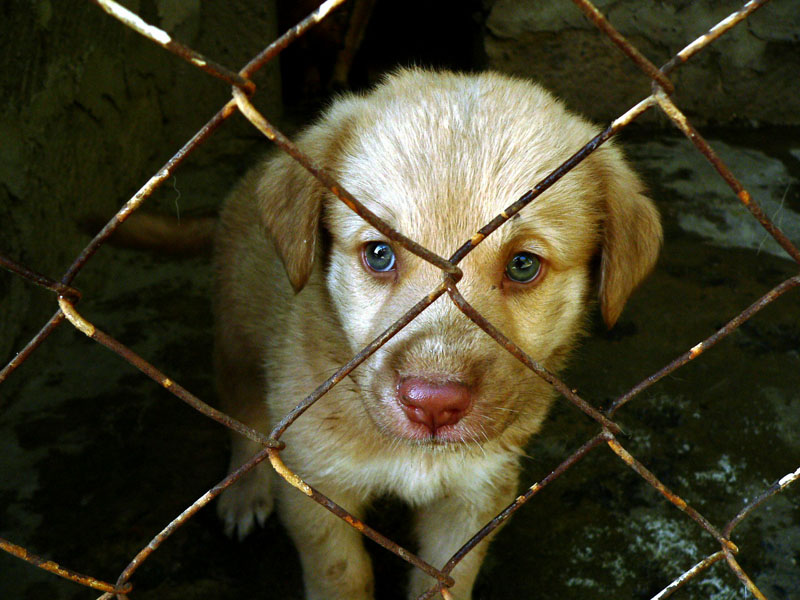 “Very few families have dogs in here,” says Ovsanna Hovsepyan, a filmmaker and one of a handful of activists who have been focused on saving and finding homes for street dogs in Armenia. ” They only say that street dogs are aggressive, but it is simple, any animal would become aggressive if you throw a stone to it or hit its cubs. It is a normal natural instinct.”

Hovsepyan recounted a story told to her by her husband, David Sarkissian, also a filmmaker, who, in an attempt to help a friend out and reclaim five street puppies that Unigraph-X had taken near her building when she wasn’t home, saw a scenario that shocked him when he went to the company’s office to find the dogs.

“When the [Unigraph-X] gates opened for the car to enter, David said he hadn’t seen anything more awful,” she says. “There were mountains of killed dogs inside, mountains higher than their workers.”

While acknowledging there are many Armenian citizens who care for and regularly feed street dogs, Hovsepyan contends there’s a big segment of the population with feelings that are worse than disliking animals: indifference.

Accusations against Unigraph-X reveal that the company could be suffering from the same sentiment. While it has been operating in the city for a number of years, the dog population hasn’t decreased. Their shoot and kill strategy, which can’t keep up with the number of litter births, has resulted in new crops of dogs continuously coming back.

“If killing was effective we shouldn’t have dogs now,” says Elsik Ghezlashori in a Skype interview with ianyanmag from Armenia. Ghezlashori is the chief executive of  Pro Paws Armenia, a fairly new charity organization who seeks to promote humane behavior towards strays, educate the public about the issue and abolish abuse towards animals.

Unigraph-X contends that sterilizations are being done. In a 2009 ArmeniaNow article however, Unigraph-X claimed that 16,000 strays were spayed or neutered between 2006 and 2008, adding that the euthanization will stop once the dog population reaches an “optimal number.” The stray animal business isn’t the only one Unigraph-X has been involved in. According to a 2006 cached article from Armenian investigative journalism publication Hetq, Unigraph-X was awarded a license for checking and controlling automobile emissions. According to Hetq’s sources, the company is backed by a senior government official.

With the perpetual threat of being killed looming and no shelter system or laws punishing animal abuse, the life of a street dog in Armenia is pretty bleak.

“There is no regulation of cruelty in Armenia,” Ghezlashori says. “There is absolutely nothing here to say that if you kill a dog or are cruel to a dog, you’re going to be punished.”

In many cases, street dogs have over the years, become a natural part of the landscape in Armenia, just as much as the Soviet era buildings and untamed traffic residents warn about.

Haig Balian, who was in Armenia as a volunteer with the Armenian Volunteer Corps quite literally ran into  his fair share of street dogs while living in Armenia’s second largest city Gyumri.

After a few experiences on morning runs trying to avoid eye contact with the dogs, Balian got braver and just ran by them, he says, until one day a gigantic dog with bared teeth began to bark at him.

“This was actually pretty scary and menacing,” he says.  “I was saved by a bystander, who casually told the dog to leave me alone.  And it did.”

Now living and working in the country, the prevailing attitude towards street dogs is one of acceptance he says, adding that he hasn’t seen any overt violence towards them, but he has come across injured dogs.

“I have seen many of them limping though and I’ve seen more than one corpse in the middle of the road after an unfortunate run in with a Lada,” he says. A Russian manufactured car, the Lada became popular in post-Soviet countries and can be regularly seen in Armenia

While stressing that he really doesn’t know what the answer to the problem is, a program to euthanize the dogs seems to be the least cruel option, he says.

“From my point of view they lead pretty miserable lives; they forage for food in garbage bins, lose limbs in car accidents, and freeze in the winter. Which option is crueler: allowing them to live in these conditions or putting them out of their misery?”

Saving the Animals, One Dog at a Time

Despite the sordid situation, one makeshift shelter independently funded by animal lovers in the city, does exist. Spearheaded and founded by Nune Mehrabyan, the shelter houses more than 220 dogs and has become a symbol and haven for those in Armenia who have dedicated their time and energy trying to save dogs and educate the public. A pianist by day and animal rights activist by night, Mehrabyan founded the shelter 12 years ago after the mass animal shootings began. 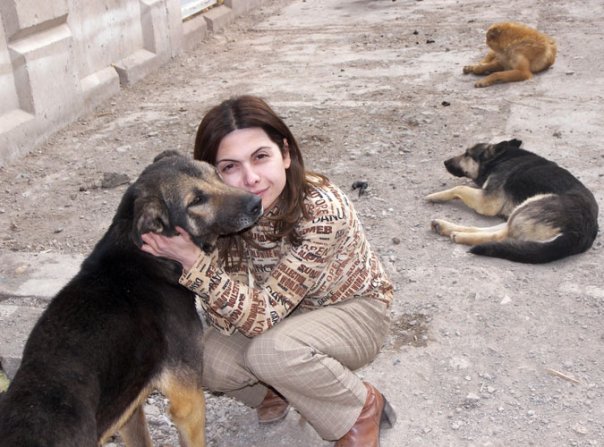 When dogs began being aggressively killed in Armenia, Nune Mehrabyan saved as many as she could by opening Armenia's only animal shelter/Photo courtesy Save the Animals NGO

When Mehrabyan saw how the street dog situation was being dealt with, she,  along with other animal activists  asked the government to stop the shootings, but her requests were turned down.

Initially intended as a clinic to sterilize animals, the space quickly turned into the permanent home of many dogs, as Mehrabyan realized that even spayed and neutered dogs were being shot. 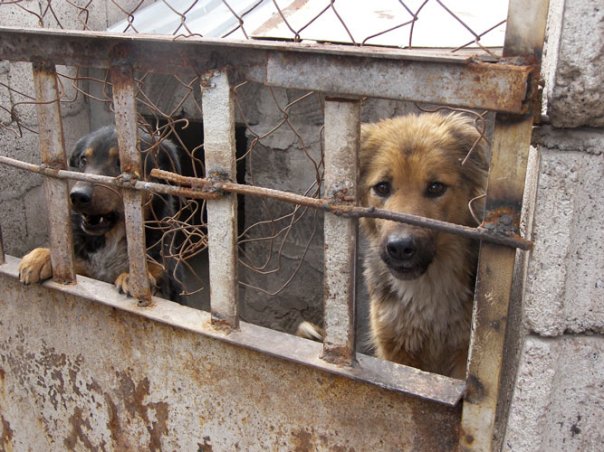 The shelter employs a small staff that feeds and looks after the dogs which Mehrabyan admits is very expensive. The monthly costs for upkeep of all the dogs add up to $4,500 to $5,000 a month – an amount that is a world away from what the majority of Armenian residents can manage to earn.

“I cannot earn that much myself,” says Mehrabyan. “It’s very hard for me. But every time, when I am in a panic because I will not be able to feed them after a week somebody appears and gives money.”

When asked how people can help, Mehrabyan said her dogs need more than just money or food.

“If they don’t have money or food, they can help very simply,” she says. “They can just come to the shelter to play with the dogs, to love them. My dogs need it so much, that’s also a big help.”

Looking Ahead with the Social Media Effect and Education

Activists and animal lovers have been using social media in hopes of getting animals adopted. Hovsepyan regularly posts the stories and images of dogs as well as cats that need homes on Facebook. She has created a “Save the Animals” page, as well as a group of the same name which has a very active and vibrant community of people in Armenia  working to find homes for animals that are especially in danger of being killed.

The Armenian media has also highlighted the street dog situation as well, with several reports, including television spots recently released.

Ghezlashori is also ramping up education efforts to spread public awareness about the plight of street dogs with plans to organize talks in schools through Dog Trust, the largest dog welfare charity in the UK.

This past July, the First Conference on Stray Animals in the Caucasus was held in Armenia, where many gathered to exchange information and gain support from international counterparts like Clarissa Baldwin, chief executive of Dog Trust and Ray Butcher, a veterinarian from Cambridge University Veterinary School on topics such as breeding control methods, health relevance, education programs fundraising and legislative changes.

With the right advocacy and tools, the street dog problem in Armenia can be solved easily, Ghezlashori says. 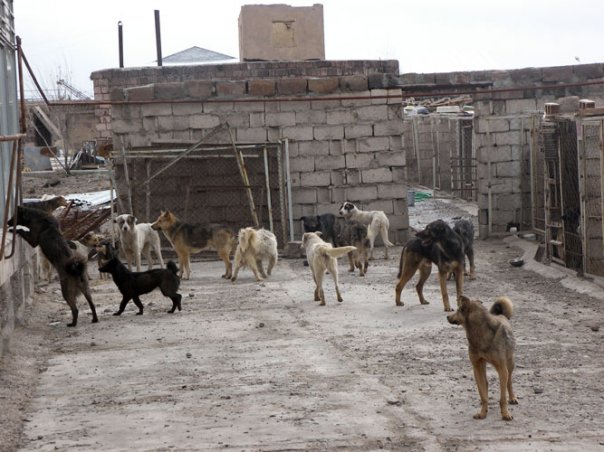 “Our stray dog issue is really easy to deal with. We need to get together, form a coalition, lobby the government to do legislation and deal with the stray dogs effectively.”

The power of Armenia’s global diaspora can also make a difference, but their influence must be used with care, Ghezlashori says.

“No nation in the world has as much of a diaspora as we have, and just think how much our diaspora cares about us in here, they really do, they actually worry about Armenians, we have to use that concern and that financial help effectively.”

For Hovsepyan, the situation carries effects that go beyond just the homeless animals, saying that a country that treats animals cruelly has no future.

“Everything is connected,” she says. “I would like to mention what Ghandi said in this case – ‘The greatness of a nation can be judged by the way its animals are treated.'”

Armenia’s homeless animal situation and the activists who are trying to change their future isn’t unique. Neighboring countries like Turkey and Iran are also experiencing the same dilemma. In Turkey, a non-profit organization called “World Voice for Turkish Animals” works as a rescue group for stray animals in the country who are killed, abused and sometimes poisoned.

Iran’s Vafa Shelter, the only shelter in the country houses over 300 dogs with the help of private donations and volunteers. The shelter has had success in adopting dogs out overseas to cities in California. Organizers hope to adopt out more dogs to the U.S. and Canada.

Those interested in donating to Mehrabyan and Save the Animals in Armenia can do so with money transfers using the following information: