By Liana Aghajanian December 28, 2011 in Society 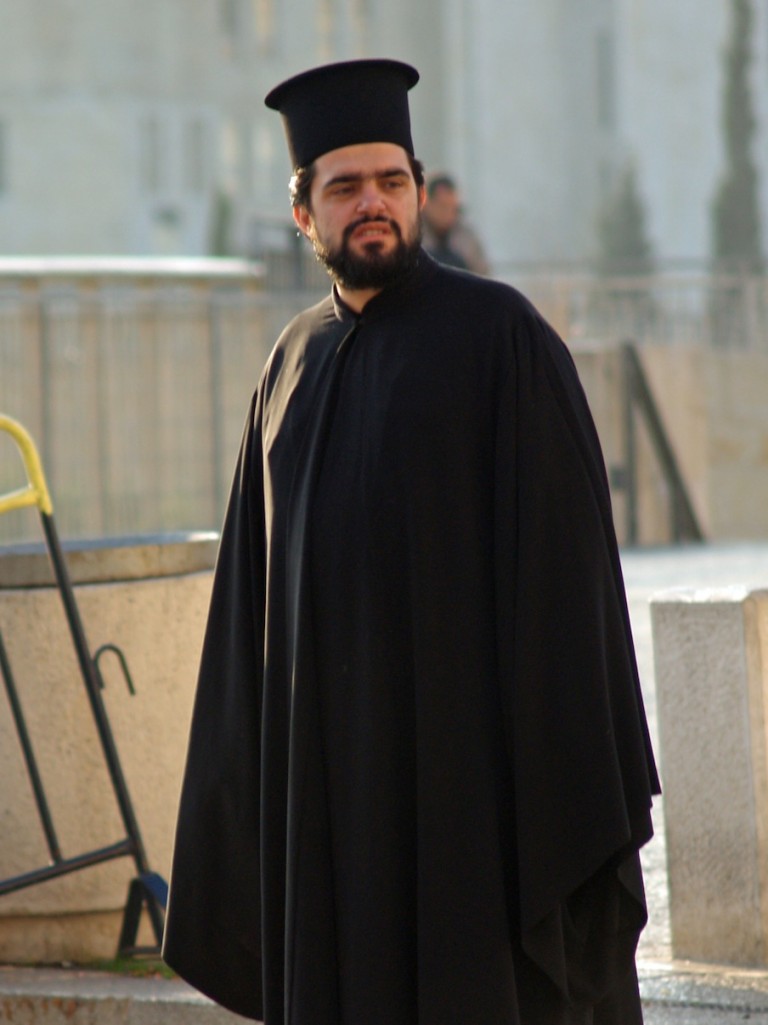 An Orthodox Priest in the Armenian quarter/Wikimedia Commons

In the spirit of holiday giving, Armenian and Greek Orthodox Monks took it upon themselves to exchange gifts, except they weren’t the kind of presents you would normally expect. Around 100 priests hurled brooms at each other in Bethlehem’s Church of Nativity as they were cleaning the church in preparation for Orthodox Christmas, which both cultural groups celebrate.

The outburst, broken up by baton and shield-wielding Palestinian police,  came to head as the Greek Orthodox and Armenian clerics, who each control a portion of the church along with Roman Catholics got into the scuffle over a ‘turf war.’ The Church of Nativity is believed to be built over the cave that marks the birthplace of Jesus.

Bethlehem police Lt-Col Khaled al-Tamimi was quoted in Reuters as saying that no one was arrested “because all those involved were men of God” while the BBC reported that the 1,700-year-old church is in bad shape because priests can’t agree on who should be footing the bill for its repair.

The rotting roof timbers have not been replaced since the 19th century  and due to rainwater seepage, there is a chance of an electrical short-circuit and fire, according to the historical preservation organization,  World Monuments Fund, who sees an agreement between the three keepers of the church as the only solution to its repair:

For the site to be preserved, its three custodians—the Greek Orthodox Church, the Armenian Orthodox Church, and the Franciscan order—would have to coordinate their efforts, but such a collaboration has not occurred in nearly a thousand years.

The WMF reports that an agreement was reached in September 2010 to restore the church’s roof, the first of its kind,  funded by the Palestinian authority.

The ironically timed priestly brawl is a common occurrence. In 2008, Armenian and Greek Orthodox monks went head to head at the Church of the Holy Sepulchre, known as the site of Jesus’ crucifixion. The Greeks blamed the Armenians for not recognizing their rights, while Armenians said Greeks had violated a traditional ceremony their clergy attempted to place one of their monks inside the Edicule, a structure said to encase the tomb of Jesus, reported the BBC. Unlike today’s battle, four monks were detained by police in the fight.

Watch the video of the broom fight below: