By Robert Fullam February 4, 2010 in Commentary 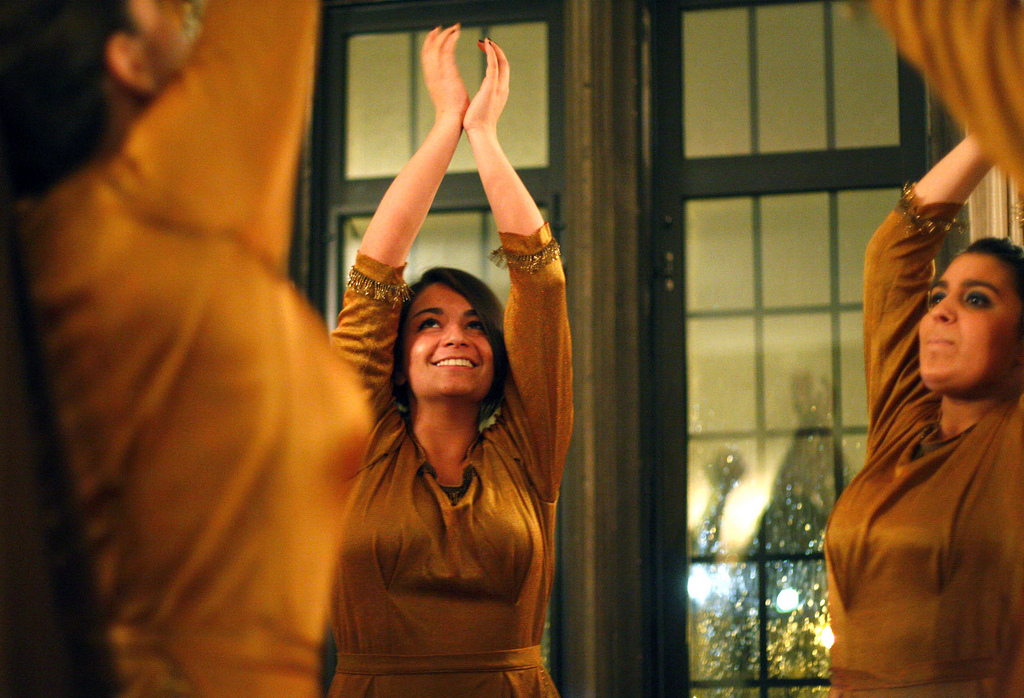 “Well, you don’t look Armenian.” It’s one of those phrases that you might hear occasionally but for some Armenians, they’re told they don’t “look Armenian” all the time. The issue of looking Armenian opens up certain facets of Armenian identity, one of them being the subject of race. The night before Armenian Christmas, my mother and I went by the Armenian store to pick up some food and the cashier asked my mom if she was Armenian.  I could see that she, like everybody else, made a preconceived judgment of what ethnic group my mom belonged to. When I was with my mom in Los Angeles, she was in a similar situation,  except this time when the waiter came over to ask our orders, he started talking to my mom in Spanish, assuming she was Hispanic, and this of course caused some embarrassment to the waiter. Many ethnic groups have encountered clashes with identity and the physical and cultural traits attributed to them, most popularly achieved through stereotypes.

Armenian’s themselves don’t seem to be able to come to a general consensus on the issues of race and identity. I’ve been told by many people, “You look Armenian”, my mom likes to switch it up often saying, “You see, you don’t look Armenian” then “You do look Armenian”, which is all very confusing to me. I met an Armenian taxi driver in L.A. and my mom probably quipped something about me being half-Armenian, which prompted the  taxi driver to respond with a smile and say, “ He looks Armenian.”
I’m sure that it would be a challenge for anybody to try picking an Azeri out of a group of Armenians and vice versa, try a group of Kurds, or Syrians or Turks. These people have mixed and lived with each other for centuries and there is no doubt that they share similar genes. I’ve seen Armenians vary greatly in appearance, some tall, some pale, with small noses, some with light eyes, some dark enough to be mistaken for an Indian or Arab. The fact is that all of these people are Armenians, regardless of what they look like and being Armenian doesn’t necessarily depend on what you look like in order to dictate how you act, how you feel and who you identify with, it’s the social norms and the stereotypes that make it this way because we have slowly grown to accept misconceptions or part-truths as full truths and realities.

Yes, being born Armenian makes it a lot easier to absorb the culture and let it shape your identity somewhat, with both parents being Armenian or even one. 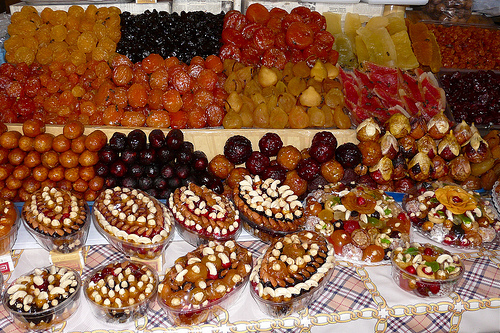 When a non-Armenian spouse marries into an Armenian family and decides to adopt Armenian customs and so on, they are trying to acculturate themselves with “Armenianness.” This can be trying to speak the language or just using Armenian words, converting to the Armenian Church, cooking Armenian food, or getting involved with  events, picnics and the community at large. Even though they might be more involved in the community than many Armenians, the idea of ethnicity or religion are still strongly held. The problem here is that Armenians have paid little attention to what “being Armenian” was since for hundreds of years under the Ottoman Empire’s millet system and in other countries as well, religion was the deciding factor of what group you belonged to. Today we still apply this religious type of identification by basically making being Armenian synonymous with being an Armenian Apostolic Christian or more loosely, just Christian.

We’ve all heard people say “You must be Christian to be Armenian,” “Armenians were the first Christian nation,” but living today in a more pluralistic and more free society, its no longer necessary nor is it helpful to define ourselves by outdated means. If being Armenian is to survive and adapt, then many Armenians are alien to the people they identify with. 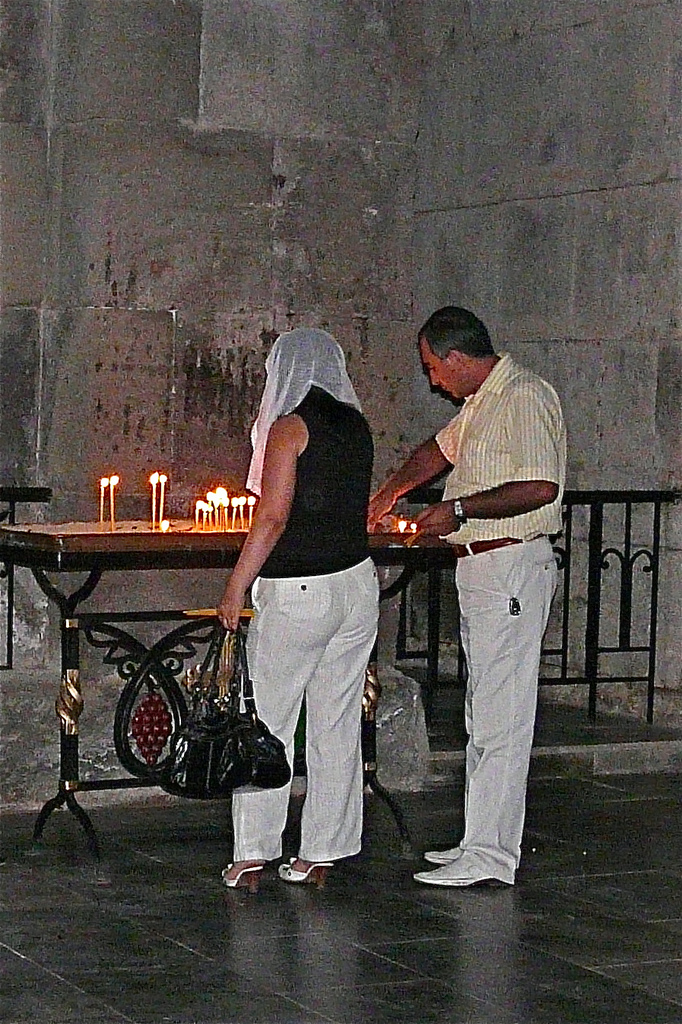 It can be argued that for all cultures, not just Armenians, that in order for a culture to survive, it has to change. At first it seems like this would not preserve the culture but in the end destroy it but a strong culture, especially an Armenian one requires room for flexibility and change. I am a half-Armenian atheist which puts me in a tight situation where I am discredited for not following “traditional Armenian Christian values” and being from a mixed marriage somehow seen as promoting marrying non-Armenians and encouraging assimilation. Most Armenians support this view partially or fully but coming from the Arab world, Iran, Russia, Ukraine, Argentina, France, etc, their ideas of being Armenian are all different from each other which by extension kills the myth of the ideal Armenian. Armenians all around the world although similar are not all the same and it’s their inclusion of the host culture or neighboring ones that help them survive. Religious authorities such as the Armenian Apostolic Church and secular organizations such as the AGBU or ARF have been slow to take note and even combative at the notion that there are changes that must be implemented in the Armenian community worldwide.

Non-religious Armenians like those in the former Soviet Union make up a good chunk of the population due to state atheism in the Soviet period as well as intermarriage rates and declines in religious attendance among Diasporans, notably the United States. By plastering articles about the Protocols and getting the Armenian Genocide recognized, many Armenians are not informed about issues that have been pushed to the back burners, issues that can be just as important if not more than the ones stated above. Womens’ rights, income inequality, LGBT rights, minority rights and civil liberties among others are all issues that need addressing.

The future of the Armenian nation, that is Armenians as a people, is already threatened by assimilation, intermarriage and a relatively small population relative to other groups. If inroads are not met in terms of important social issues, more and more Armenians will leave the flock, having become turned off by such conservative ideas in a increasingly liberal world. The goal here is to update Armenian culture, making it tangible and allowing people to relate to it. Turning Armenian culture into a modern twist on Shakespeare would not result in Armenians dropping likes flies out of boredom but create an engaging and familiar environment where they can feel comfortable with themselves. The number and nature of the problems and issues that need to be addressed are daunting but nonetheless necessary if the survival of the Armenian nation is our goal. Making Armenian culture relevant is insuring that Armenians will not compromise their future by living in the past.