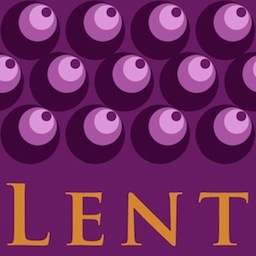 For some people the Lenten season passes without much thought, ending on Easter with family and friends and people move on, go and mark the next holiday on their calendar but I’ve spent the past week or so mulling over what I’ve learned in this grand experiment of mine.

If you were not aware, I embarked a 40 day journey of fasting throughout Lent, avoiding all animal products as dictated by the Armenian Apostolic Church as well as reflecting on the values that go along with it. My forty day trial of willpower may not have been as epic as Jesus’ forty days and nights of being tempted by the Devil in the Judean desert but in a world where giving up chocolate or television is considered impressive, it’s worthy of mention.
The characteristics that mark Lent such as fasting, moderation and discipline were all tangible to my atheistic mind while some, such as reflecting on Jesus’ suffering and prayer are out of the question. Nonetheless, much what I learned is universal and made me a better person, even if haven’t emerged as a repentant Christian so I’ll throw out some examples of what I have improved on.

The most poignant change came on Easter and the days preceding it, no, not in a church pew but in my own home. Our family‘s Easter tradition does not have us dressing in our Sunday best but instead down on our hands and knees wiping, cleaning and scrubbing everywhere imaginable. My mother was given the responsibility to host Easter, a day that was previously celebrated at my grandparent‘s house when my mom was growing up. Meanwhile, Thanksgiving and Christmas were hosted by my grandfather‘s brothers and now those days have been given to my mother‘s sisters. As I found myself scrubbing hard through the muck and grime that has collected over the past year or so, I had not so much a revelation but something close to it.

The simple process of cleaning the windows and floor of my deck mirrored the changes I had made in my life during those 40 days. It was clear that while this work was humbling I could not do I just a couple of days out of the year, I have to do it everyday or at least as often as I can. When I see trash on the ground I pick it up instead of just complaining that people litter, after I‘m done eating I‘ll clean the dish instead of letting it sit in the sink and I‘ll take the empty milk/juice carton out of the fridge instead of placing it back in. These may seem like small things but they are a beginning and they present an opportunity to live an active life instead of a passive one, for the benefit of the environment, my family, our community and myself. The journey did not really end on Easter, it will go on as long as I allow it to and as far as I can tell, I’m not stopping anytime soon.