By Contributor November 10, 2009 in Commentary 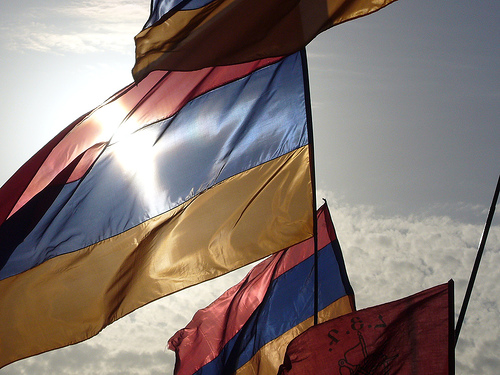 I, like the rest of the world, watched in horror as the events at Fort Hood in Texas, in which Army Psychiatrist Major Nidal Malik Hassan opened fire, killing 13 and injuring dozens of others, played out last week. It was one of those monumental events, much like the Mumbai attacks and of course, the Iran election, where I could not (more than usual anyway) tear myself away from the news and Twitter. It feels strange to be witnessing the news as it unfolds – almost surreal. This is probably why the all too common phrase, “Do you remember where you were when…” exists. Now that the actual play by play of events have passed and we have moved on to analysis of the why and how a man turned on his colleagues in a bloody rampage, we can look at the bigger picture, like how much ethnicity matters when it has, unfortunately become obvious that Hassan’s actions were tied to his culture and albeit fundamentalist section of his Muslim faith.

In a thought provoking NPR report, Michel Martin discusses how deeply minorities are affected when one of their own is the perpetrator, the shooter, the killer, that soulless person who has wronged another.

“We would pray — sometimes silently, but very often out loud — that if something bad had happened — a crime, or some other mishap — that no black person was involved.

So I think I understand how some of my fellow citizens feel right now as they watch the news unfold about a Muslim Army psychiatrist who allegedly massacred more than a dozen of his colleagues and wounded more than 30 others.

I can understand how members of these groups felt then and now — the sense of anger and shame, the shock of recognition that they too might have shared some of the assailant’s resentments at one point about small or not-so-small slights, and then the revulsion that someone would take innocent lives because of those resentments. “

As a smaller minority than some in the vast and expanding country, the stakes are even higher for Armenians. In Los Angeles, it’s all too easy for Armenians to get tangled up in crime, which is why I hope and pray every time I watch local news that I don’t see or hear those three fateful letters at the end of our last names that define our every being. Surely, we all cringed when we heard about Jorjik Avanesian, the newly arrived immigrant who torched his family of seven in their Glendale, Calif. apartment in 1996, making it at the time, the second highest death toll in an arson fire in L.A County’s history. Or how about the recent case of Glendale attorney John Akopian who was arrested for money laundering and insurance fraud. And then there’s Medicare and Medicaid fraud committed by organized Russian-Armenian crime circles.

An immediate reaction might be: “But how could they? They’re Armenian!” As if Armenians are somehow protected by some fantastic impenetrable morality shield that renders them as perpetual saints. Then the repulsion sets in and the embarrassment creeps up and you can’t believe that this person who killed his family or stole money is part of your group, your people, your small tribe. But those who commit these crimes obviously never have the ability to think outside themselves, to see how their actions affect not only those they hurt, but those who share their culture and beliefs. Being criminals, it would be ludicrous to expect them to.

And then you start thinking not about how you feel, but how others, how “odars” as we like to say will react, how this news will surely bring about judgment, resentment, stereotypes and more. It affects you more than you want it to, more than you think it would and as Martin points out, the game of being the son or daughter of immigrants in America changes yet again:

“It is especially painful to live in and love a country where you are constantly told you’ll be judged by what you do — not by your father’s name or clan, but by your own actions and efforts — and to continually find out that that is not the case. That the color of your skin, the origin of your name sets you apart, forcing you to prove that love of country in a way that people without those attributes do not seem to have to do. “

You try to disassociate yourself from it, all the while assimilating yourself with the norm, the ones whose last names aren’t hard to pronounce, who don’t have strange customs or 50 person families that cause a ruckus wherever they go. You must prove you’re not like them, that you’re a good person, so that they can see past those three incriminating letters attached to the end of your last name. You are a good person, dammit. You are a child of two cultures struggling with identity and acceptance. Things are already hard for you, and now you have to deal with the stigma of an Armenian criminal forever hanging on to your good name.

The same principles can be applied to Genocide denial. “There are Turks who don’t admit that their ancestors committed genocide,” Hrant Dink said once. “If you look at it though, they seem to be nice people…so why don’t they admit it? Because they think that genocide is a bad thing which they would never want to commit, and because they can’t believe their ancestors would do such a thing either.”

And still, it can be applied to those Armenians who aren’t the self-aware kind I mention above, who turn a blind eye to any negativity, who get offended when you criticize them or aren’t pushing some romanticized nationalistic agenda.

The bottom line is that no one, least of all ethnic minorities want to be associated with those in their groups that commit crimes or cheat and steal,  and acknowledging the harsh reality that for every good, there will be bad is sometimes too much for a people who have everything else going against them.

In her closing thoughts Martin poignantly goes on to say that she hopes that when her children see a black person doing something wrong, they will say that it’s a shame, just not their shame. I hope the same for Armenians and myself. I hope that we not only reach that point, but a point where we can all freely admit that we have deep rooted issues and problems and we can work on improving and eradicating these issues that hold us back, instead of getting angry or offended at the thought of someone, Armenian or not, criticizing our culture. As I mentioned in my Letter From the Editor a few weeks ago, I have experienced the wrath of judgment and stereotyping. To this day, I can confidently say that to my credit, I have never flinched, never gotten angry, never tried to immaturely raise my voice or start arguments. I just listen. I stay quiet and I listen and to be completely honest, there are times when I have agreed. There are times when I have stayed silent and gone home and mulled over it for days. Why are the actions of those who I am meant to lean on and trust damaging my reputation, I’ve said to myself. Why must one assume I am a liar or a cheat or brash? Why am I being judged?

I don’t know if there is a solution, let alone an answer to this. People are people, as Depeche Mode likes to say and there will always be good Armenians and bad Armenians. There will always be criminals and cheaters and those who prosper at the expense of others – we can’t change this, but we can try to make it better.  The idea, though, as I see it,  is to take the good with the bad, and nod your head and say, “It’s sad this had to happen” and I wont turn a blind eye, but I wont let it define me either. The trick is to be a good human being first and the Armenian part will surely follow.