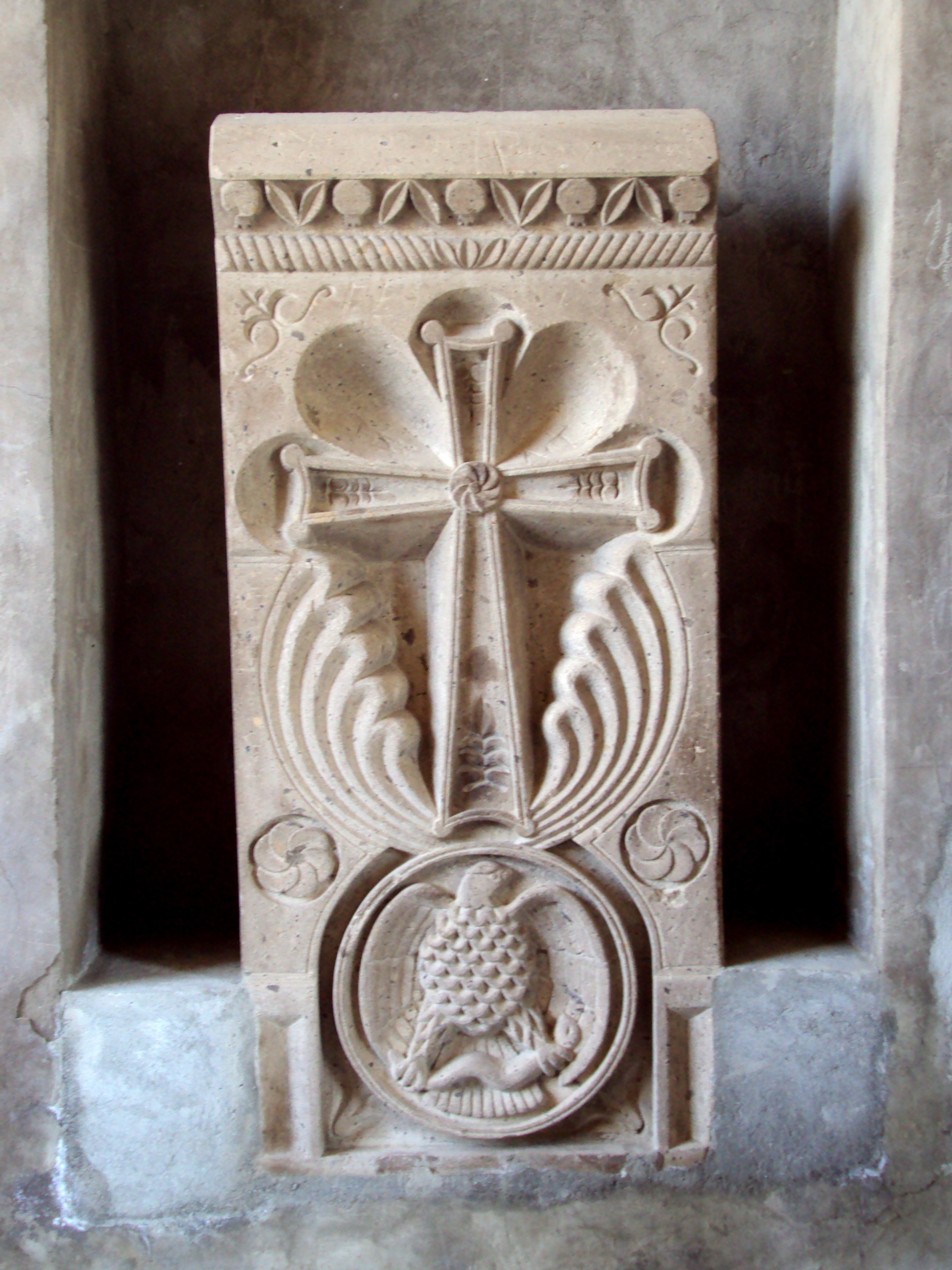 A Khachkar in Armenia, by Emily Haas

With its intricate carvings and detailed designs, the khachkar, or cross-stone, has been an Armenian symbol for centuries. The cross-bearing rocks can be found throughout the country, erected in graveyards or engraved in church walls or standing freely outside of homes or monuments. They represent Armenia’s special history as being the first Christian nation, a history that dates back to 301 A.D. when King Trdat III declared Christianity as his people’s official religion.

While the first known khachkars originated in the 10th Century, the tradition is believed to have reached its prime during the medieval period, when the stones were most consistently mounted and considered a staple of Armenian culture. Individuals used the cross-stone as a way to connect directly with God, and any Christian believer was permitted to erect one. According to Khachkar.am, scholars point to more than 50 documented reasons for khachkar placement, grouped into the following:

The largest surviving collection of freestanding khachkars exists in the Noraduz Cemetery near Lake Sevan. Yet, many have been lost or destroyed in territorial takeovers by bordering countries. While the khachkar is considered an ancient tradition, new stones are still being made by master craftsmen.