What do you do when you’re craving pie in the fall (could have fooled me, Los Angeles) and want to snack on dates at the same time?

Combine them of course, into a rustic Middle-Eastern style pumpkin pie made from scratch.

Considered to be the candy of the Middle East, dates have been cultivated around the Persian Gulf for eons and are now important crops in Turkey and Iraq. Egypt, Iran and Saudi Arabia are the three highest producer of dates, according to the UN Food and Culture Organization. Whether they’re of the Medjool or Bahri variety, dates form a staple in Middle Eastern households across the world.

But simpler ingredients, like walnuts and flaxseed, both used in the homemade crust for this pie, also have roots in the East. Traded along the Silk Route between Asia and the Middle East, walnuts were originally reserved for royalty in ancient Persia.

Flaxseeds are said to be first domesticated in the Fertile Crescent. Flaxseed fibers were found in a prehistoric cave in the South Caucasus, the Republic of Georgia to be more exact, that dated to 30,000 B.C, notes a study in Science Magazine. 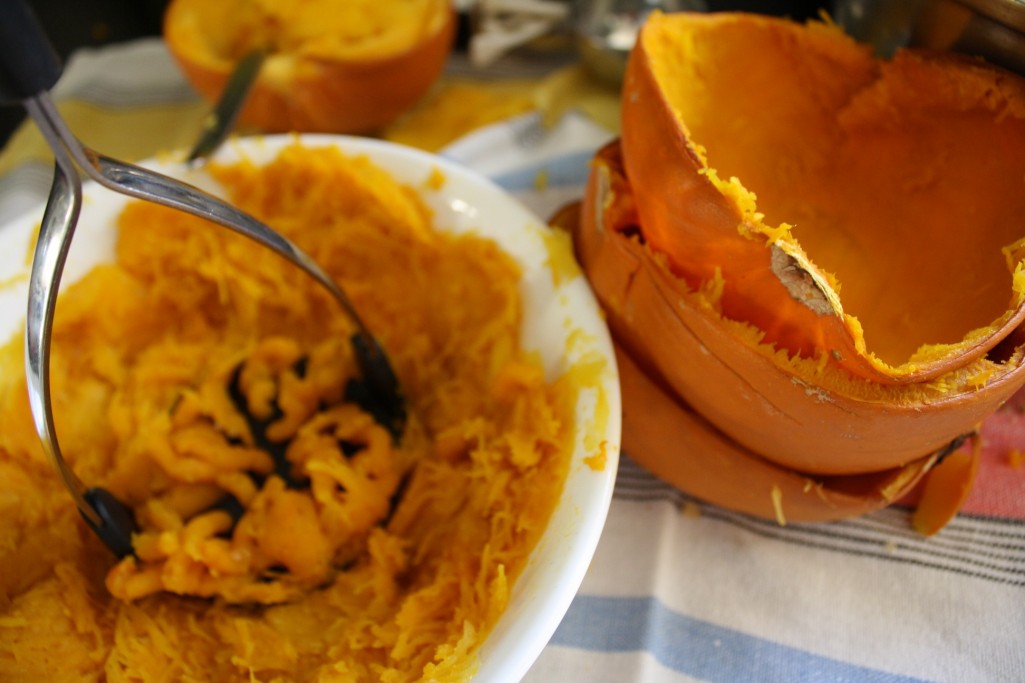 While homemade pumpkin puree is taxing, the results are worth it. Sugar pumpkins, found in any local super market are the variety used to make pies, not the ones you carve for Halloween. Small in size, the pumpkins are first cut in half, then cleared of string and seeds and left to bake in the oven for around an hour and a half on low heat.

The crust combines white flour, with a helping of wheat flour, a bit of salt and sugar, and butter that is cut in the mixture to keep it moist. Ice water, used to your discretion, is also added to form the dough. Chopped walnuts can be added in after mixture is ready to be rolled into a ball. After half an hour in the fridge, wrapped in plastic and shaped into one big lump, it’s blind baked for 10 minutes, while dates are seeded and chopped to be placed on the bottom. 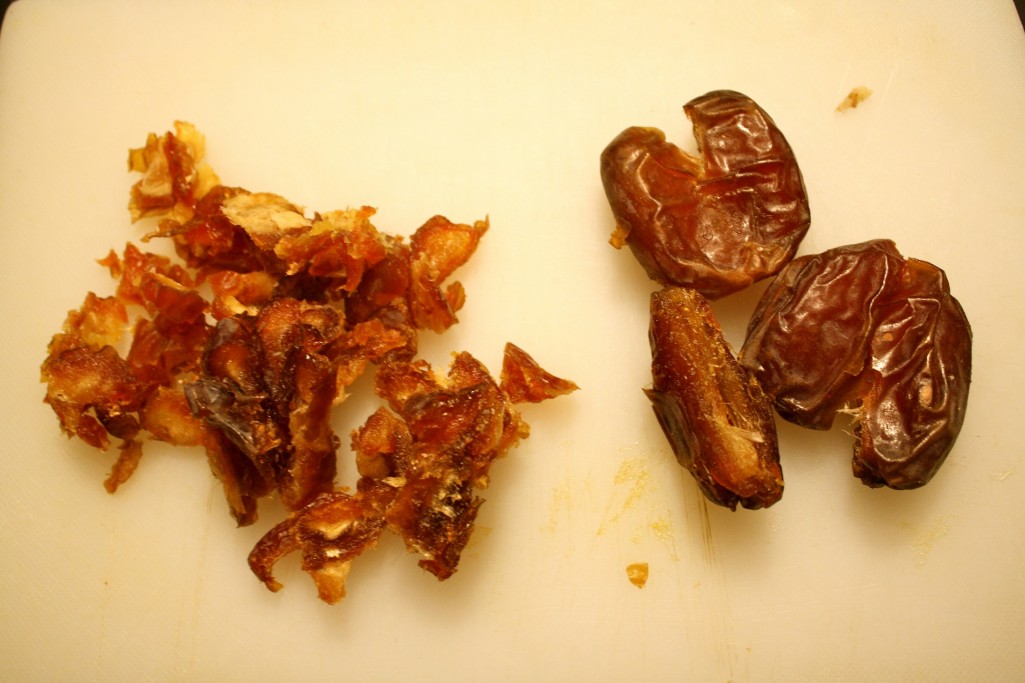 For some variety, raisins can be used along with the dates. No specific measurements are needed – just enough to the fill the bottom of your pie crust evenly.

After your pumpkin has cooked, cooled, scooped out and mash, putting it in a food processor or pushing it through a sieve produced the puree like consistency you will need for the filling. An egg, vanilla extract, sweetened condensed milk and a bevy of aromatic spices -crushed cloves, cinnamon and nutmeg – all native to India and South East Asia – are added. 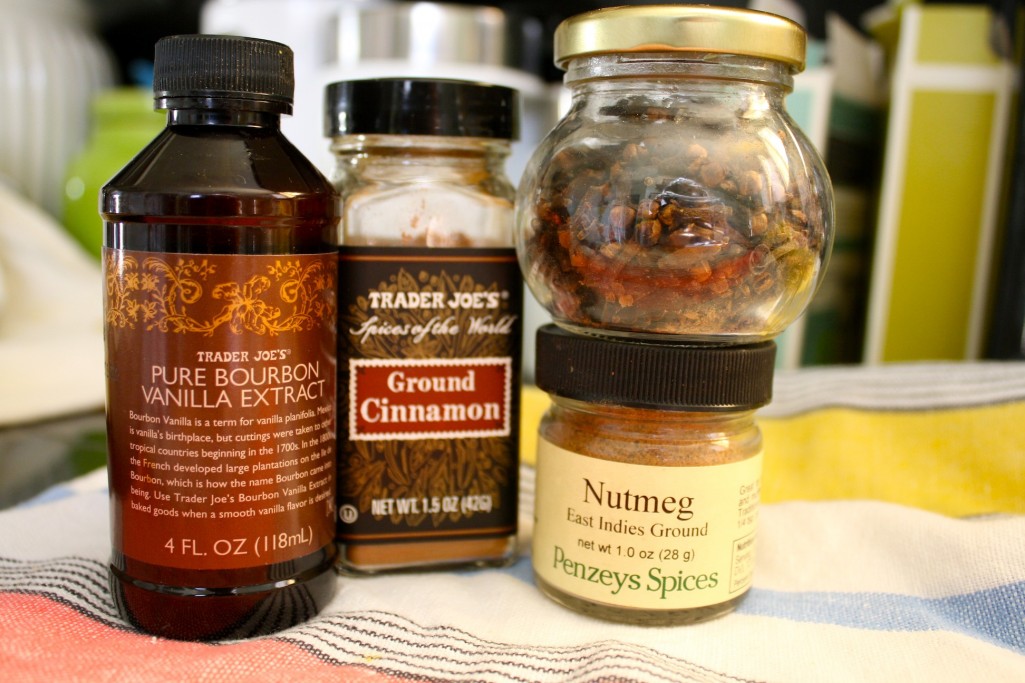 After a thorough mixing, the filling is poured into the crust, leveled out, and left to bake for an hour (or sometimes more) at 375 degrees F or 190 C until the crust is light brown and the filling is set. 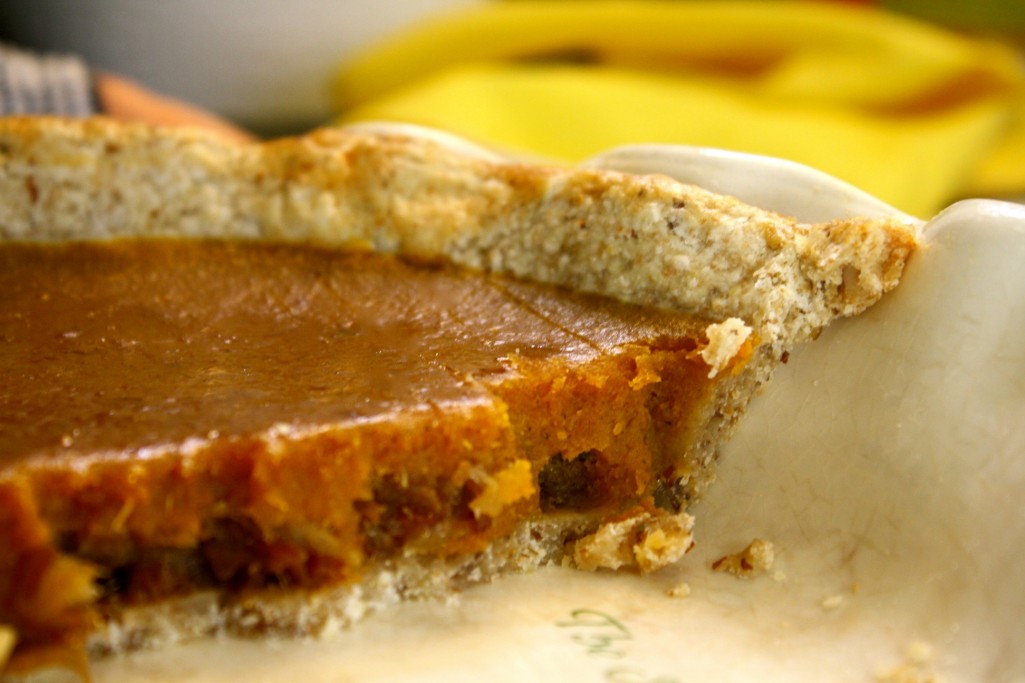 The result? A West meets East treat that will add some sweetness and spice to your autumn. Enjoy with your favorite book and a helping of whipped cream. Ours, a jewel from 1989 found at Vernissage, Armenia’s open air flea market in Yerevan is called “Always Beautiful.” It contains beauty secrets and tips for the Soviet Armenian woman, like how to properly groom eyebrows and how to give some love and care to tortured, tired feet that have spent the entire day in heels. 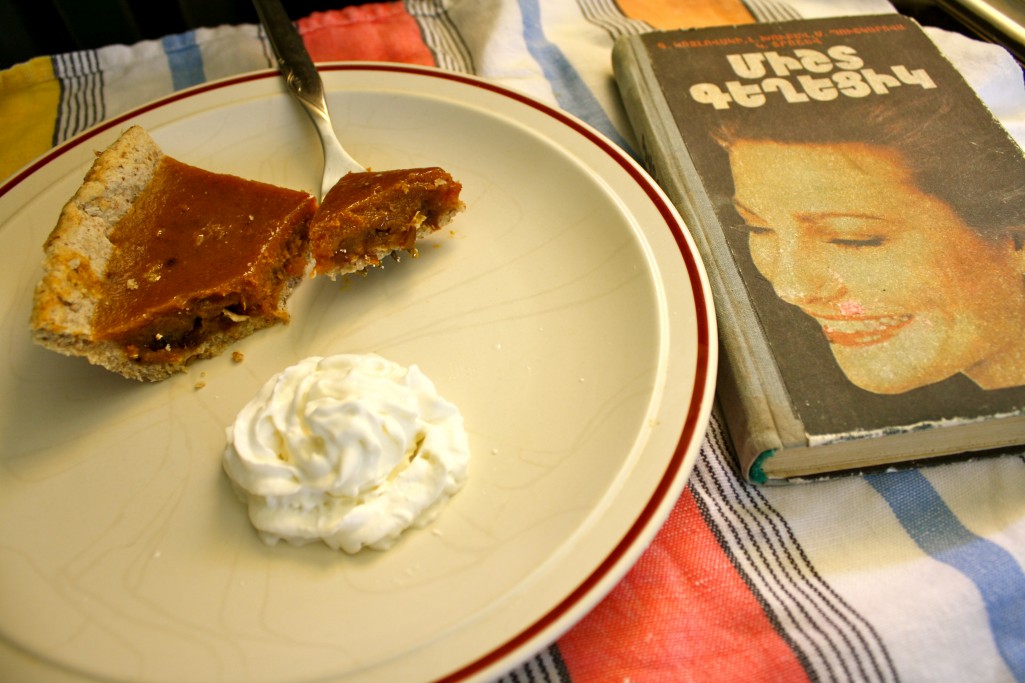 All photography © ianyanmag and cannot be used without permission and attribution/by L.Aghajanian/idea hat tip, Alina