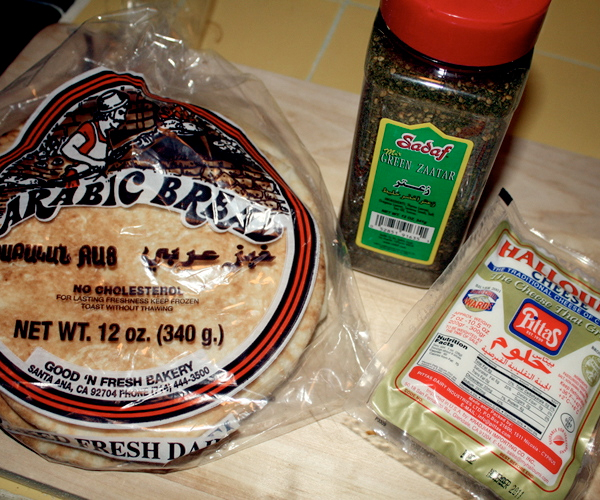 Where the French have cheese and wine as a classic, simple meal that satisfies at any time of the day, Middle Easterners have the pungent mixture known as Za’atar, which experts argue traces its root back from Ancient Egypt to Arabic medieval times.

Generally eaten with Manakish (also known as Manaeesh), a doughy Lebanese bread, Za’atar is a strong delicacy that might take some getting use to for those unfamiliar with the Middle Eastern smorgasbord. The herb mixture commonly contains thyme, oregano, sesame seeds, salt and sumac, a flowering plant used in Persian and Turkish cooking to add a tart taste to meals.

On a very warm weekday evening, when all the energy you hoped to have is sucked away by the relentless sun, za’atar with some halloumi cheese and pita bread sounds like a good time.

Even though it’s a hot dish on a hot day, it provides just  the kind of soul warming you need, making it a classic comfort food, with a Middle Eastern flare.

Seeing as to it was my first time making this Za’atar snack on my own, I needed to contact the one person who would know without a doubt where to find the mixture: an Armenian mother.

“Where can I find Za’atar” I texted my mom.

I waited patiently with a Google map page open on my browser to see where in Los Angeles I would have to drive to find my valuable spices.

“Armenian store,” she bluntly texted back.

I, a life long resident of a city that never lets you forget your Armenian-ness, should have known better.  In fact, I shouldn’t have even asked. 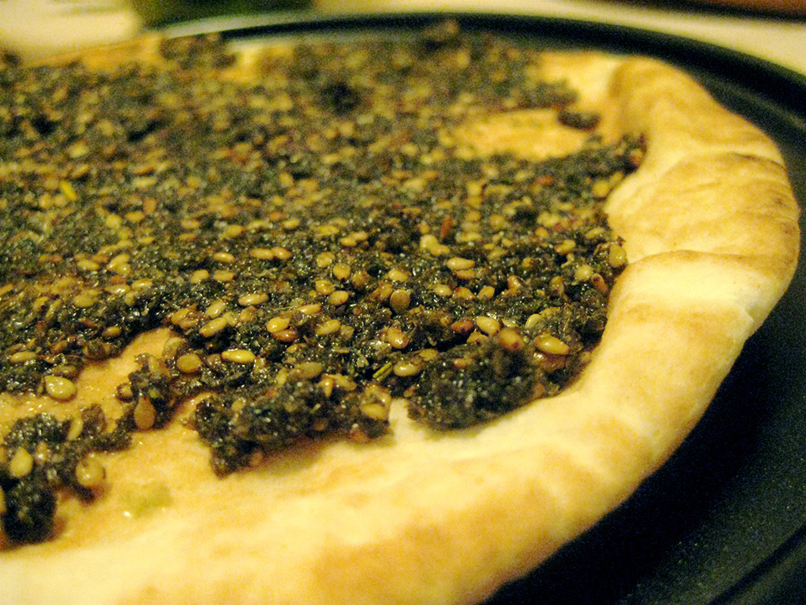 One of the most beautiful things about being Armenian, at least to me, is the bonds we share with other cultures. The fact that I can walk into an Armenian store, find Za’atar, Russian style pickles and crackers, Persian tea, Turkish halvah and Cypriot cheese makes me elated with joy.

And so when I made my way through the first Armenian market I could find in Glendale, it was like traveling through an entire part of the world most people would not even feel a connection to. For me, I tend to claim ownership of at least a dozen countries, in that I feel such a sense of belonging and longing for them and that’s why I think of food as so much more than just nourishment, but more as a window to culture, understanding, communication and love.

So it was with great pleasure that I walked out of there with enough ingredients to be a part of world which was in all reality, thousands upon thousands of miles away from me.

The making of Za’atar “pie” is so simple, you don’t even need a step by step recipe to prepare it, unless you want to make the manakish yourself. In this case, I used pita, but an easy fix if you can’t find the bread is to buy pizza dough, so the Za’atar bakes with and in the dough.

When you’ve measured out how much of the herb mixture you want on your bread, simply mix a few tablespoons of olive oil, spread the mixture on the bread using the back of a spoon and cut a few piece of Halloumi cheese if you prefer to place directly on the bread. Halloumi cheese is a big tricky and unique in the sense that it has a high melting point, so it can be fried and grilled quite easily without burning. If you prefer your Halloumi cheese to be, for lack of a better word, gooey, it’s better to bake the dough with it and the Za’atar rather than using already baked bread like pita.

Garnish with some big, Russian-style pickles and you’ll have a nice slice of the world in front of you – revel in cultures that that it provides, it does a body good. 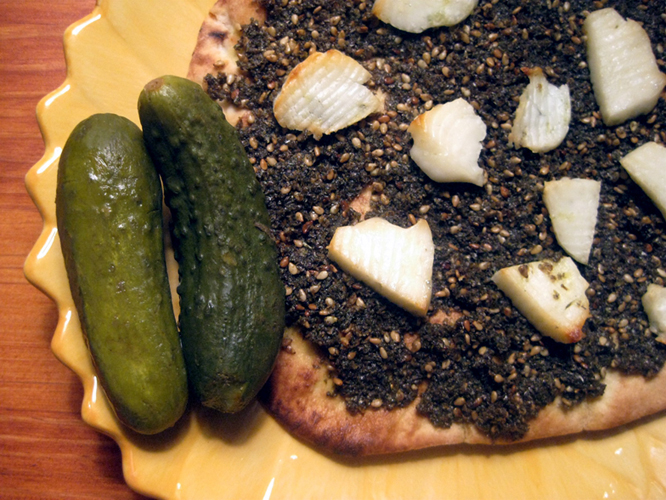