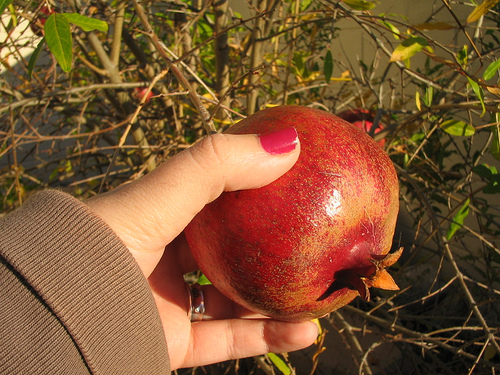 It is also very much used in Persian cooking, most particularly in a dish called Persian fesenjan, a stew of duck or chicken, pomegranates and walnuts. Like many Middle Eastern dishes, fesenjan calls for pomegranate juice or syrup.

If you visit Armenian households across the world at this time of year, you will find pomegranates on their kitchen tables. With recent studies promoting the health benefits of pomegranate, and with companies like Pom cashing in on the fruit, it is no surprise that people everywhere have embraced the pomegranate as an important fruit.

Though cutting it looks tricky, it is very simple and needs little more than a knife and a bowl of water. After scoring the skin around the fruit, the pomegranate breaks open easily when pulled apart, however because the seeds are in casing, leaving them in a bowl of water causes the seeds to separate and sink to the bottom. 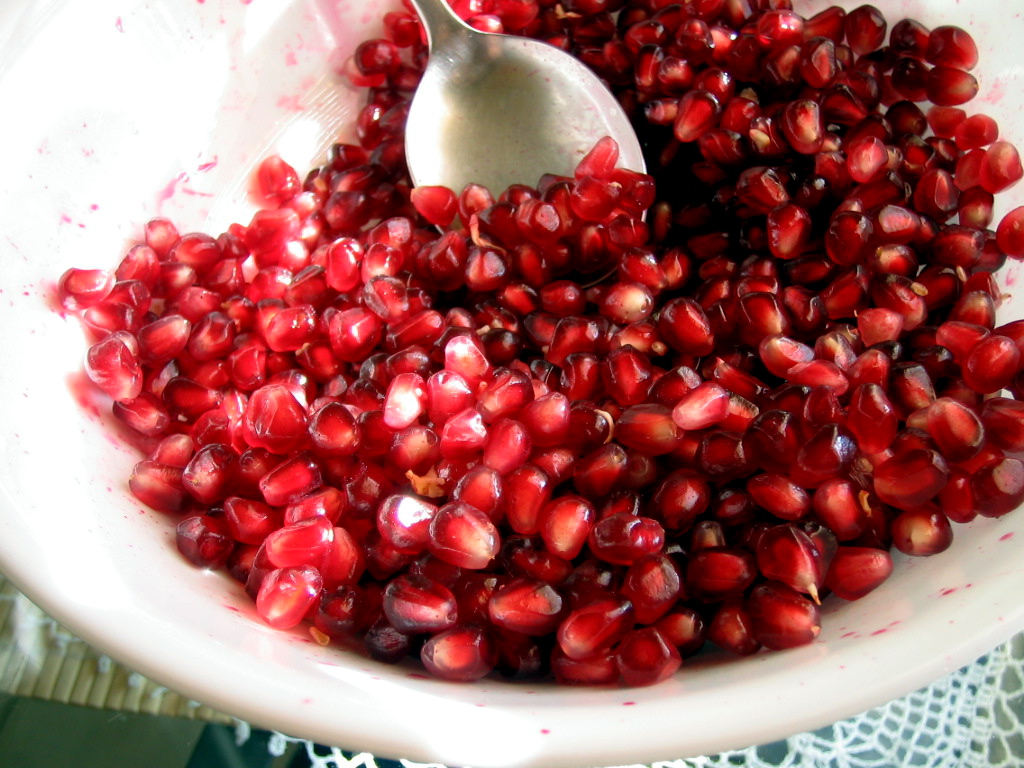 It is not uncommon to find pomegranate trees in backyards these days, as they are fairly easy to grow and are relatively disease free and survives drought.