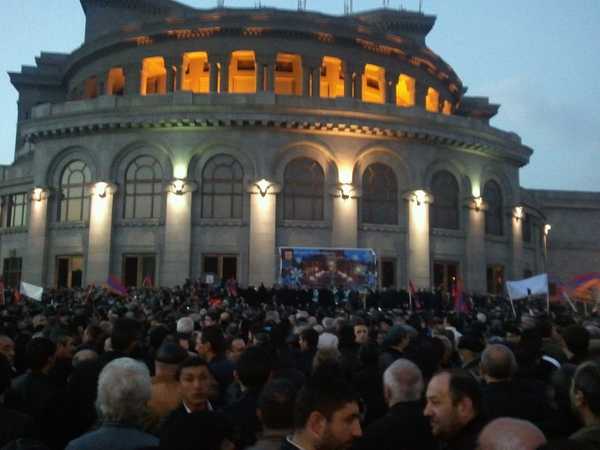 The following is our curation of messages from news media and citizens in Armenia from Twitter, Facebook, along with video and more of the opposition rally in Armenia that took place on March 17 and drew up to 15,000 people to the streets. The demonstration called for fair and free elections, along with the release of political prisoners. Featured photo by divideetimpera.