By Contributor November 16, 2009 in Culture Vulture 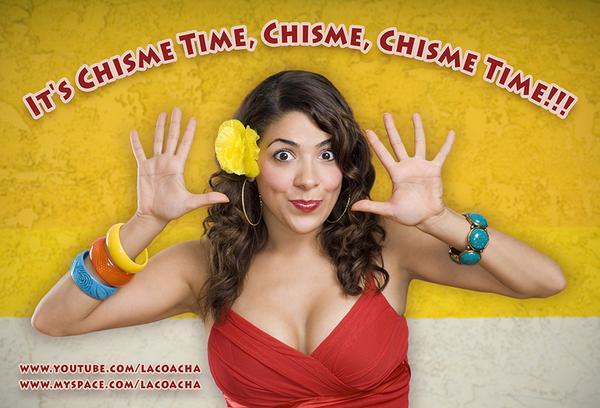 Although she’s only half-Armenian, socialite and reality star Kim Kardashian has strangely become a symbol for Armenian identity perhaps world wide. In fact, she is probably the most well known Armenian as of 2009. This self-proclaimed Armenian Princess even displays her location on Twitter as Armenia. So naturally, when La Coacha, comedian and chisme queen extraordinaire was given a mission by Perez Hilton to find and interview “La Kim Kardashian” it made sense for her to run down to Little Armenia, the little area within Hollywood, Calif. designated as an Armenian hot spot long before Glendale became known as Yerevan.

The result is a pretty hilarious almost 10-minute video of La Coacha’s antics with Armenian medzbabas and medzmamas, sourj, Armenian mafioso jewelers as well as another symbol of Armenian identity in Los Angeles: Zankou Chicken.

Although Perez Hilton served as executive producer and the mini movie was written and directed by La Coacha herself, it also had a bit of behind the scenes Armenian direction, with Sahag Gureghian as producer, cinematographer and editor Armen Soudjian, music by Saro Koujakian and Aravod as well as special guest and celebrated musician “Djivan Gasparyan.”

In typical fashion, the comments section of the YouTube video have turned into a war of words but the baseless, inane sound offs of unnecessarily irate commentators should be completely ignored. This light-hearted video is all in good fun – and pretty funny too.