By Contributor September 25, 2010 in Armenia 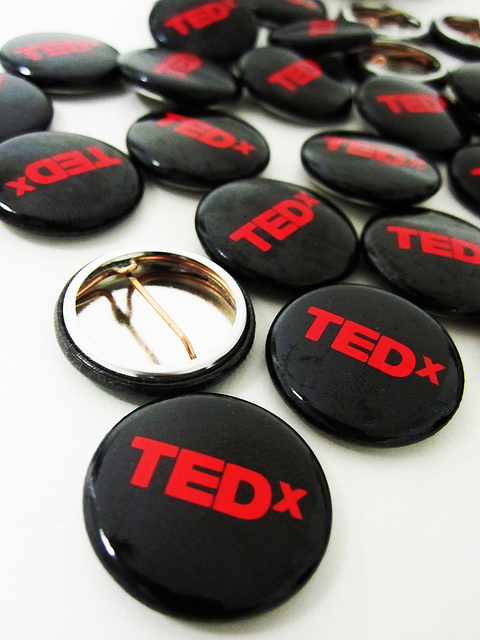 After months of anticipation, the global non-profit conference known as TEDx (Technology, Entertainment and Design, with the ‘x’ denoting its independently organized nature) made its debut in Yerevan on Saturday to an invitation-only crowd at the Ani Plaza Hotel.

Hosted by  Reddit.com founder Alexis Ohanian and TEDxYerevan initiator Kristine Sargsyan, the “Beyond Borders” event featured a total of 17 speakers that addressed the audience on topics ranging from technology, education, homeland, diaspora and the arts in an attempt to spur discussion, motivate and encourage the exploration and creation of new ideas.

In true social media fashion, the invitation-only event was live-tweeted by a few devoted attendees who presented snippets of the talks, which ranged from interesting, inspirational to boring and  ill-organized.

One of the most popular speakers of the event whose quotes were tweeted and retweeted with gusto was Rev. Ktrij Devejian who poised a poignant question – how much are each of us worth?

Devejian, the Foreign Press Secretary of the Catholicosate of All Armenians and the Mother See of Holy Etchmiadzin has been living in Armenia since 2001 and is a license architect in the State of California. “You’re never too old to say, ‘I want to live a different like than the one that I’m living,” Devejian reportedly said at the event.

The most thought provoking speaker came in the form of Timothy Straight,who serves as the Norwegian Honorary Consul to Armenia and was recently knighted by the King of Norway.

Straight introduced statistics about social issues not only in Armenia, but in the general region of the South Caucasus. According to him, 80 percent of people in Azerbaijan agree that men are more entitled to jobs than women and 44 percent in Armenia do not want a “homosexual person as a neighbor.”

In the arts and entertainment sector, notable speakers included documentary filmmaker and founder of Bars Media Documentary Film studio Vardan Hovhannisyan who spoke about his most recent film, “Through the Eyes of a Donkey: A Donkey-mentary” about Lamu Island, Kenya, where 6,000 donkeys live and work with the island’s 20,000 residents.

With 17 speakers lined up, only four were women, causing some attendees to criticize the event for it not being gender balanced. The selected TED talks shown were also all presented by men. Even with the announcement that a TEDxYerevan Women event would take place in the city’s capital in December, there seemed to be disappointment in the air.

While the general consensus was that TEDxYerevan was a beneficial, exciting event that attendees thoroughly enjoyed (with Sargsyan calling it a “dream come true”), opinions on Pegor Papazian’s presentation weren’t coated with praise.

Papazian, the chief executive officer of the National Competitiveness Foundation of Armenia (NCFA), allegedly put his slides on a loop which did not correspond with his talk, confusing people. He also took time out to self-promote the Tatev Revival Project, a $50 million initiative of the NCFA that is designed to revitalize Tatev Monastery and the surrounding areas, including the construction of the world’s longest aerial tramway recently featured on CNN International.

Some attendees ended up branding his talk as boring and the worst of the bunch.

All TEDxYerevan talks will be available on the official site at a later date. To view all tweets related to the event, click here. Two TEDx events are scheduled in Azerbaijan, with one coming to the country on Nov. 25.