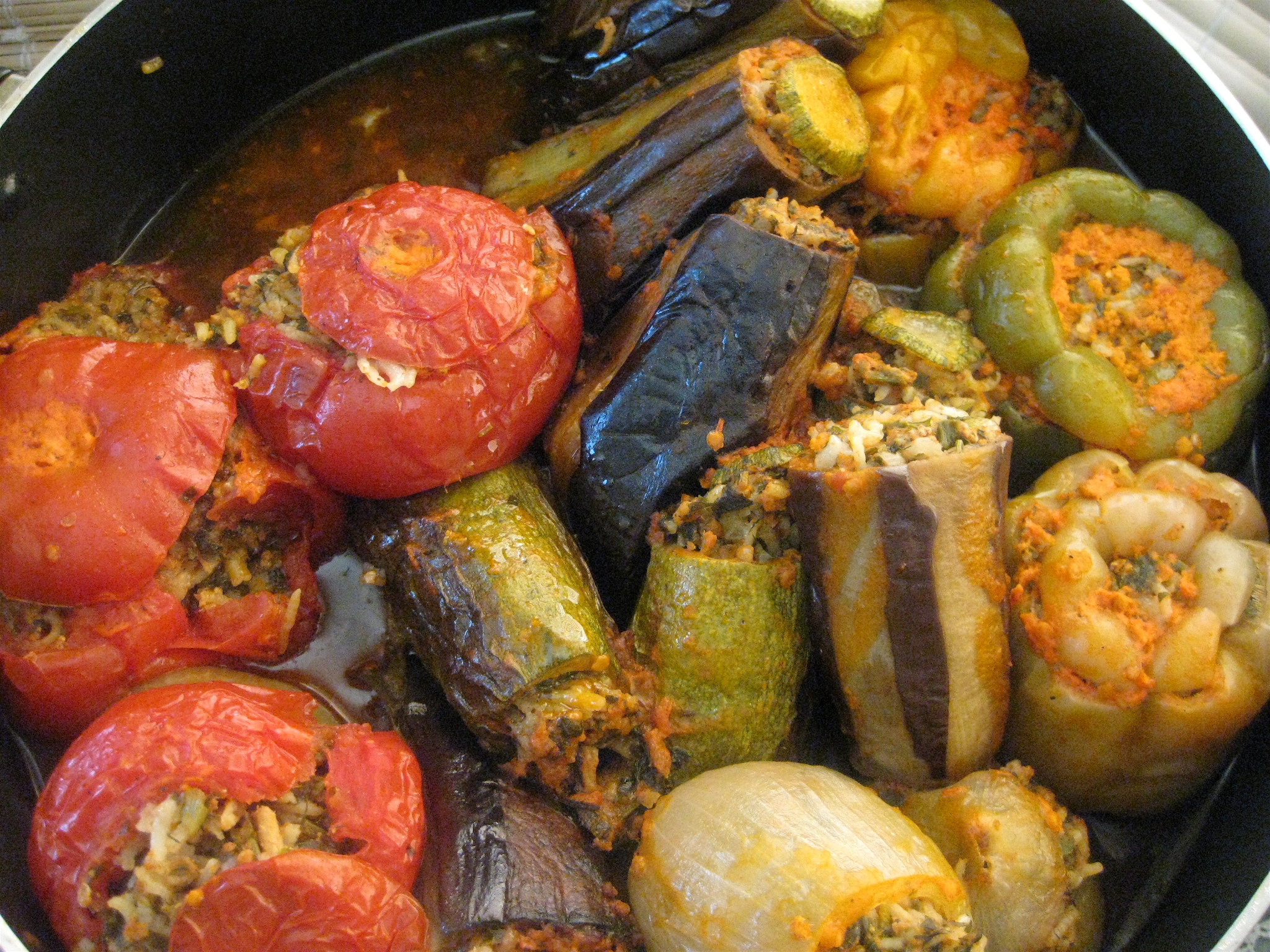 Besides the never ending supply of khorovadz (kebabs) that runs like a river through many an Armenian household, dolma is a pretty popular go-to second meal. Of course, this savory concoction consisting of stuffed vegetables, rice, a variety of herbs and spices and meat (or pine nuts and/or lentils if you’re vegetarian like me) isn’t particular to just Armenians, as countries like Turkey, Libya, Azerbaijan, Afghanistan, Syria, Lebanon, Greece, Cyprus and Iran consider it part of their cuisine.

Making dolma is quite the lengthy process and what you might refer to as the exact opposite of fast food. From hollowing out vegetables correctly, to making the stuffing and then doing the stuffing and to the final challenge of cooking your masterpiece for a few hours, it seems like an activity confined to weekends, unless you happen to live with your mother-in-law and she calls over her friends for a round of dolma making over coffee.

Dolma has always been a staple in my household, and after countless years of following the aroma of it around the house and watching my mother spend an extraordinary amount of time in the kitchen for this one crowd pleasing dish, I’ve decided to not only take it on, but share it with you. From my mother’s kitchen to yours.

1. Slice off the tops of the eggplants and squash and keep them to one side. Slice off the bottoms so that they can stand on their own. Peel the eggplant to create a striped design. Hollow them out carefully and discard the flesh using a knife or melon baller leaving the shell sturdy.

2. Grease a pan and add to it the squashes and eggplants over medium heat until they become golden brown.

3. While the eggplant and squash are in the pan, cut the tops of the peppers about 1/2 inch from the stem and set aside. Do the same with the onions, followed by the tomatoes, in addition to scooping out the pulp with a spoon or melon baller. Set aside.

4. Chop the parsley, dill, cilantro, scallions and green onions and set aside in a bowl.

5. Pour 1 cup water in a pot and add the turkey. Let it cook for half an hour until the water evaporate. If you’re using lentils, cook them as well. Pine nuts can be used without cooking.

6. Mix the uncooked small grain rice, and your chopped herbs into the pot.

7. Add 3 tablespoons of tomato paste and salt to the mixture and cook on medium heat for around 20 minutes so that   the flavors combine. Set aside to cool off.

8. Fill the eggplant, squashes, tomatoes, peppers and onion with the stuffing and replace their tops.

9. Place the vegetables side by side in the pan.

10. Combine the remaining three tablespoons to tomato paste, salt, apple cider vinegar, cayenne pepper and oil and pour over the vegetables. Cook for around 2 hours.

Keep in mind that the more you make dolma, the more you’ll be able to adjust the ingredients to your liking and do it based on eyeballing the measurements. In my biased opinion, the dolma tastes better with lentils or pine nuts, rather than meat – the rich flavors of the vegetables and spices come full circle this way.