By Milena Abrahamyan October 21, 2012 in Commentary 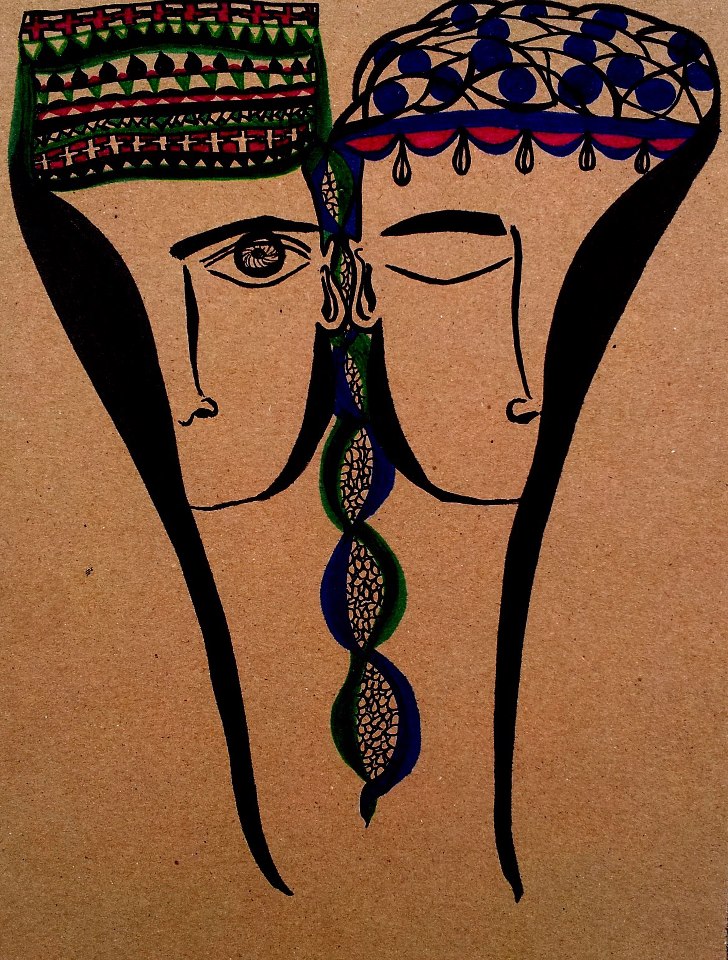 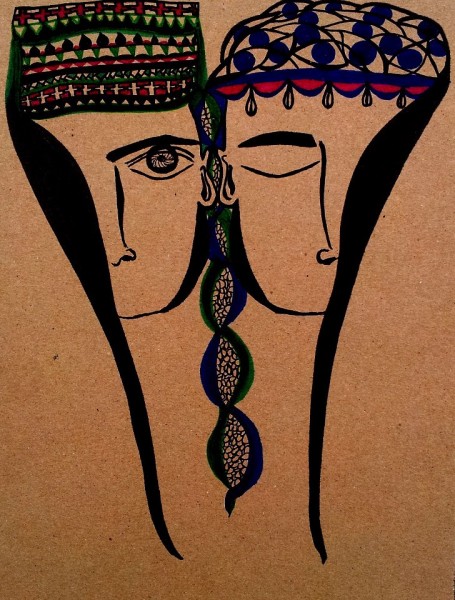 Original artwork from the Beyond Borders project/ by Milena Abrahamyan

The conflict, if it can be called that, between Turkey and Armenia, is an unusual one. It is more like a 100-year-old post-conflict that has been locked up and forgotten, at least on the Turkish side of the border. In Armenia it is much more difficult to ignore the real effects of that contested history. Inasmuch as this “post-conflict” has to do with the early 20th century Ottoman policy of extermination of non-Muslim minorities within Turkey, including the genocide of Armenians living there before 1915, it has also evolved to include the interests of more powerful countries. The presence of U.S. military bases in Turkey and Russian military bases in Armenia is no coincidence. The issue is further complicated by Turkish alliance with Azerbaijan regarding the Nagorno-Karabagh war.

So far, peace talks between the two governments have yielded no results. Although civil society occasionally engages in peace building activities across the closed Turkish-Armenia border, women’s issues are almost never on the frontline. Yet much of the nationalism and violence that has built and continues to build the borders of these two countries relies on the subordination of women, ensuring that their place within society stays within the private sphere. Women are supposed to be the mothers of the nation. They are supposed to be housewives, to give birth to boys. They are supposed to be polite and courteous, and they are supposed to remain silent. They are not taken seriously enough on either side of the border to be granted a seat at the negotiating table, although they are often the first to suffer the effects of violence, conflict and war.

Unfortunately, the decade long closure of the Turkish-Armenian border has also led to an atmosphere of ignorance on both sides, making it harder to imagine the “other” as anything other than a stereotype. A 2005 opinion survey [PDF] taken on both sides of the border revealed that a large percentage of respondents in Turkey did not know much about Armenia and that many of the respondents in Armenia had strong negative prejudices against their neighboring Turkey. In a way, both peoples have placed themselves inside of “cultural ghettos”, to use Elif Shafak’s term, and are now suffering as a result. In a speech on the power of storytelling, the prominent Turkish novelist states: “One way of transcending these cultural ghettos is through the art of storytelling. Stories cannot demolish frontiers, but they can punch holes in our mental walls and through those walls, we can get a glimpse of the other and sometimes even like what we see.”

In light of this, a group of women from Armenia and Turkey have come together and initiated the Beyond Borders: Linking Our Stories project. This project will do away with the middle man. Literally. We believe that women should take peace into their own hands and one way to begin is by sitting down with one another, across borders and across difference, to tell our stories. This method will aid in the compassion that both sides need to have and the healing that both sides need to do in order to build sustainable peace. Allowing peace negotiations that happen at higher levels of government, which often emphasize the importance of individual nations and their interests, to continue leading the way to peace will yield no lasting results. Allowing peace-building to happen within civil society without addressing the issues and needs of women will fail to build the kind of solidarity needed for both peoples to advance in any meaningful way.

The Beyond Borders: Linking Our Stories initiative is a collaboration between volunteers and staff of two women’s organizations in Armenia and Turkey. We aim to collect a number of interviews from women in both countries, to transcribe, translate and post each story on our blog, to hold a conference in Sirince, Turkey in July 2013 with 14 participants from both sides, to hold workshops on conflict transformation and theater techniques, and to produce a final performance based on the collected stories. We will also publish two books: one in Armenian and Turkish only, and one in English. A short film will be made documenting the meeting and the final performance in Sirince. And finally, a second performance and book release will be held in Yerevan, Armenia.

We are counting on people who believe in this project and want to work with us to transform the long standing conflicted relationship between Armenia and Turkey for support. Please visit our Kickstarter campaign page to donate, to learn more about the project and to share with your friends. The support we have gotten so far from people in many different parts of the world is encouraging and making us realize that this project is much needed and anticipated.

“The earth shall be left to no one,” the 13th century Sufi mystic, Jalāl ad-Dīn Muhammad Rūmī, says. “…let us be friends for once.”