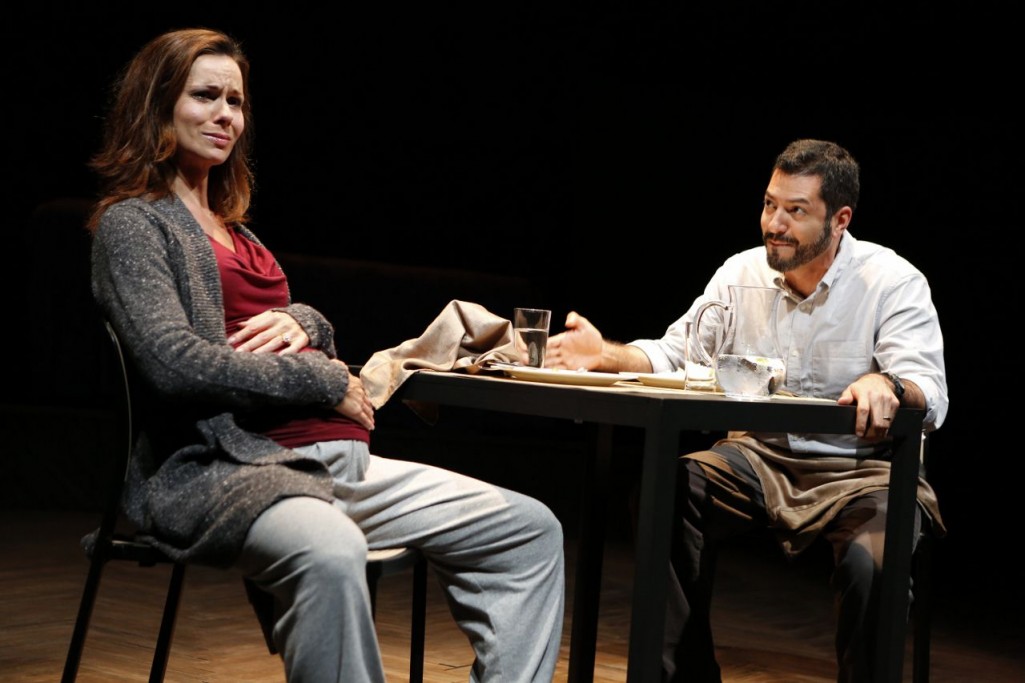 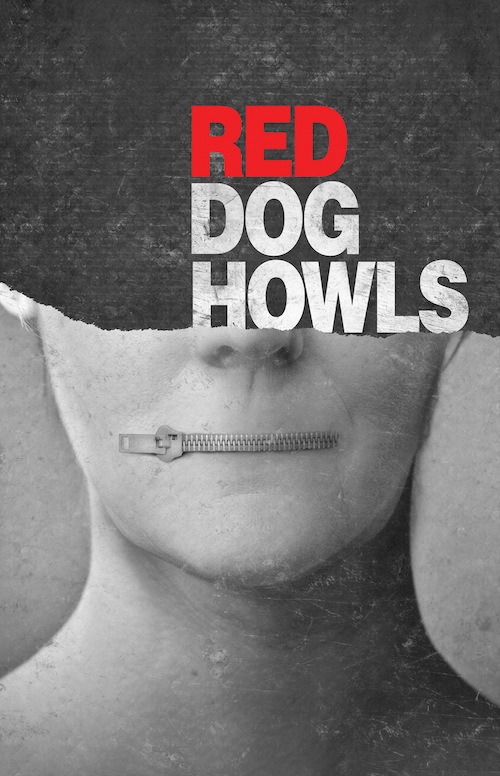 One day, someone must explain to me the imagery of dogs in Armenian genocide-themed art. First, Peter Balakian’s “Black Dog of Fate,” and now, a red dog that howls in the desert.

I watched “Red Dog Howls,” an Off-Broadway play written by Alexander Dinelaris, and sat in the theatre in that mood I am always in when I am about to watch anything genocide-related: what is the point? I can’t remember the last time I found a creative work about genocide provocative (maybe it was “The Reader,” which—notwithstanding unnecessary nudity—did struggle with ideas of how genocide happens, and what forgiveness might look like). This is especially true of works about the Armenian Genocide. I know, I know—I am supposed to support these art pieces because they educate odars (others) about our history, because it’s our duty to hear the stories of our fellow Armenians, etc. But I never leave with something I didn’t already have: sadness, horror, another adopted memory to store inside myself, and, I’ll admit, some resentment toward the perpetrators.

“Red Dog Howls” was no different.

The play is about Michael Kiriakos (played by Alfredo Narciso), a New York City man who is fond of monologues. His wife is pregnant, and he begins to worry about what kind of family his child will be born into. He tells us that he has grown up feeling as if his family were plagued by some great grief. This weighty sorrow, he explains, had been passed on to him, somehow.

The play begins after the death of his father, who left him a box of letters with a note asking Michael to bury the letters without opening them. He explains that he obliged, but before doing so, took down the return address. He visits the address; the home of Rose Atrafian (played by Kathleen Chalfant), who turns out to be his long-lost grandmother. She tells him, eventually, about the Armenian Genocide, and the play culminates in an overly dramatic telling of Rose’s own tragedy—the source of the plague of Michael’s family.

The minute Rose opens her mouth, I fall in love with her. She is so familiar to me. Like my own grandmothers, and like so many other Armenian grandmothers I know, Rose is loving, strong, funny, and sad. She is the saddest and funniest thing about the play, and Kathleen Chalfant mastered the Armenian accent, the dry wit, the gestures. Her Western Armenian was pretty damn good too. As was her Armenian dancing, for which the actors received training from Seta Kantargian. I only wish they’d also consulted with an Armenian musician, because I could not get over the lack of authenticity of the original music, which consisted of a single violin playing a Romani/Jewish tune.

Every scene with Rose, I was either crying or laughing, or more often, both. In Rose, Dinelaris captures what he wanted to, I think. That co-existence of grief and joy, hope and weary fear, that lives in every Armenian. And he captures it in its most genuine form, not like the heavy-handedness of Michael’s slow but sure revelations.

Michael’s character was the least engaging of the play. I don’t know if this was the fault of the writer or the actor, but I just didn’t believe that he, all of a sudden, realized what he had to do—the great sin he had to commit to free his child of the grief that had plagued them all. It just happened out of nowhere on the stage. It made sense, on a very visceral level—but I didn’t believe for a second that this Michael had realized it all himself—the weight of it, the tragedy of it.

The play ends with another unconvincing monologue (maybe I just don’t like monologues? I don’t know). Michael explains his own great sin that we just saw him commit.  Perhaps not justified, but understandable.  Michael says the words that end the play: “I choose to believe in a God of Mercy. A God of Forgiveness. A God who would do anything for his children.” I ran this notion over in my head as I left the theater. It had the distinct ring of hollow words. Mercy for whom? Forgiveness for whom and for what? Couldn’t (and hasn’t?) that idea of committing a sin for the sake of one’s children be used to justify anything? War? Even, perhaps, genocide?