Raffi Wartanian has probably never particularly enjoyed sitting still. The 27-year-old musician has gone from playing for Baptist church choirs in rough Baltimore neighborhoods to studying flamenco in Spain, volunteering on a Portugal farm and riding his bicycle across the country to San Francisco. It was in the Bay Area where he wound up living with some of the best gypsy jazz guitar players in the city – an encounter that had a profound impact on his style.

After being based in Armenia as a Fulbright research fellow where he studied music with teachers at the Komitas Conservatory, Wartanian released his debut album last year. “Pushkin Street,” an impressive collection of 11 songs, comes with as much eclectic sound as it does track titles. Wartanian’s deep, consistent voice and trusty guitar anchor a folk, blues, rock, indie-filled journey that reflects his own life, identity and travels in the most wondrous of ways.

The youngest of three who was driven down to Armenian school in D.C. while listening to a radio program called the Beatles Brunch every week,  Wartanian’s upbringing is as much a fusion as his music. At home, he spoke Armenian and at lunch, he ate manaish, a Levantine dough topped with cheese or ground meat, in a sea of peanut butter and jelly sandwiches.

“It was like the classic double life experience of first generation Armenian-Americans,”he says.  “American by day, Armenian by night.”

In a way, his love for music has connected both worlds. He had studied piano, influenced by his classical pianist aunt, and there was never a shortage of Armenian, Greek and Arabic music in his house. But it was in high school when he switched to guitar and became enveloped in the music of Nirvana and Led Zeppelin. He began writing music and playing shows before he studied music theory in college as an undergraduate, often playing in different bands – some funk, some neo-soul. He quickly figured out though, that the complexity involved in lining up schedules, perspective and specific vision made him better suited to branching out as a solo artist.

After college, he traveled across the U.S., Europe and as well as Lebanon where his roommate was his grandmother, but it was Armenia, which he first visited in 2007 with Birthright Armenia, a program that offers applicants with Armenian descent to volunteer in the country through long and short-term stints, that solidified in him a manic desire to return.

“I was constantly longing to come back,” he says.

So he did, visiting in 2012 and also spending most of 2013 in Armenia under a Fulbright Fellowship. He traveled across the country, learning about Armenia’s unique biodiversity as well as growing environmental problems. He even shot his music video for the song, “Electronic Flirtation,” in the country.

What does Wartanian really, truly love about Armenia? The fact that he doesn’t have to think about being Armenian when he’s there. 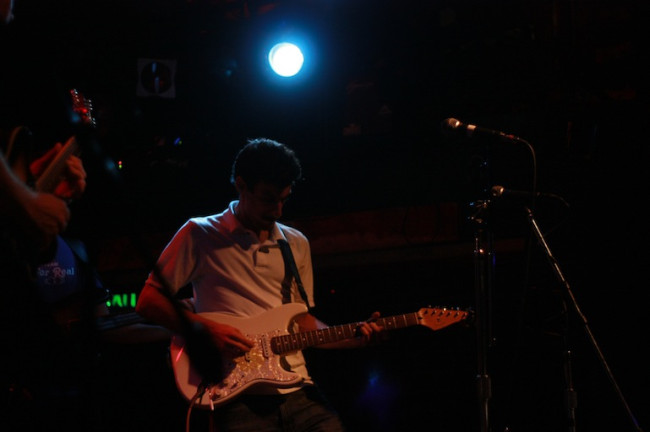 “It doesn’t matter,” he says vigorously. “I’m just who I am and that’s it. When I’m in the diaspora, whether it’s in Lebanon or America or a farm in Portugal, there is this always this question of identity and having to define myself – ‘how Armenian am I going to be today?’ – Here, there’s none of that. I just buy some cheese and toilet paper and it’s the most Armenian thing I could possibly do.”

Naming his album “Pushkin Street,” a nod to the Yerevan street where he performed his first live music show in Armenia, came after the experience became the catalyst that propelled his own confidence in his career forward.

“It wasn’t a big deal, but for me it was like a thrill and a rush to be performing in Armenia and performing my own music,” he says. “It really gave me a sense of validation in my own voice and ability.”

That validation eventually lead Wartanian to release “Pushkin Street,” where he incorporates a bevy of colorful  characters and personal stories that include everything from a Celiac disease to overcoming a fear of dogs and political elections in Armenia. 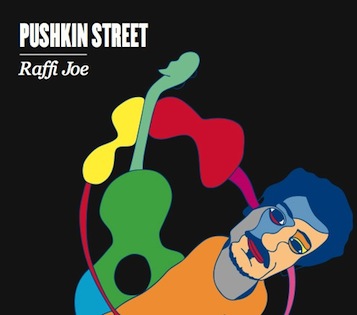 “Gluten Free Blues,”  a feet-stomping rockabilly-inspired song was written as a wedding gift for Wartanian’s two close friends – one who has Celiac disease and one who does not – whom he biked across America with.”Hello, empty stomach/Pleasure to meet you/Days are gonna be long/And I might have to eat ya!” Wartanian sings

In “Electronic Flirtation,” a “thematic philosophical statement song” about how the new, digital landscape impacts the way people relate to each other, Wartanian waxes poetic about the good old days of romance and bits and bytes that have replaced it.

Dizzy in Dreams is a nostalgic song detailing how it feels to always be coming and going, about “trying to reconnect with a place that you’ve left, that feeling of saying goodbye and hello again,” he says.

Though Wartanian is currently based in NYC, working on new music while he’s enrolled in a master’s program at Columbia University, and occasionally working on some sketch comedy, it seems heading back to Armenia, a place he says he feels really at home in, is in his future.

“I don’t have any of those existential questions,” he says about living in the Caucasus country, “rather I feel like I belong to this big family.”