By Contributor January 20, 2011 in Culture Vulture 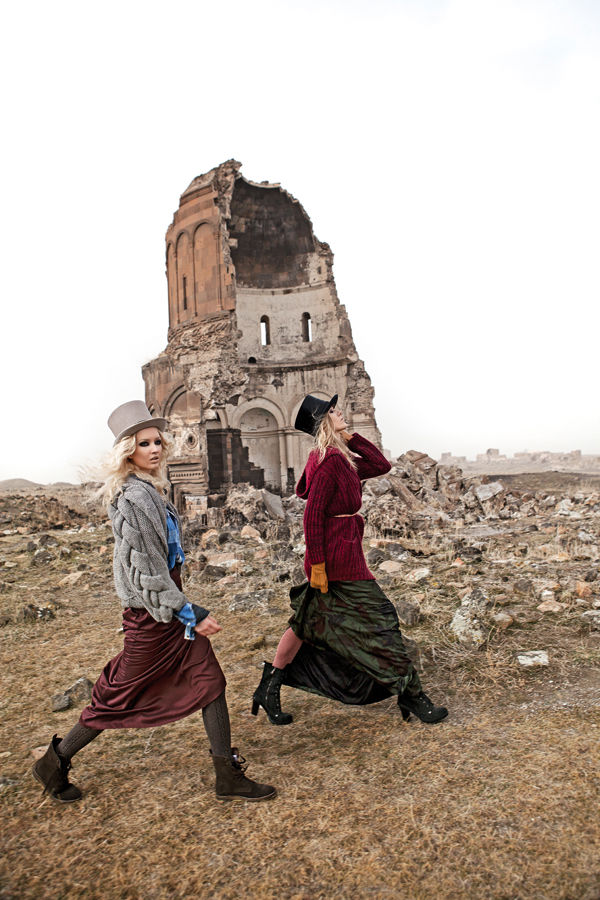 Elle Turkey’s December editorial spread in which models Ana Zalewska and Karolin Machova prance through and pose in the now ruined and abandoned Armenian city of Ani has been met with criticism from Armenians angry at the use of the 5th century medieval capital whose population was slaughtered by Seljuk Turks and now has been identified as one of the 12 worldwide sites most “On the Verge” of irreparable loss and destruction according to the Global Heritage Fund.

The spread, photographed by Senol Altun and styled by Melis Agazat shows the models in striking knits and patterns in and around the “City of 1001 Churches” but the sacrifice of an ancient site in the name of fashion has left many up in arms.

The photos, posted on Fashion Gone Rogue has received an influx of comments condemning the shoot.

“By murderin people, occupyin their churches, leavin them in ruins and the mercy of nature and then using them as a background for some fashion show….and the civilized west simply “falls in love….[sic],” wrote a commenter named Ari.

Another commentator named Nat regretted the idea of politicizing fashion, but called the photo shoot “pretty tasteless” drew parallels to other hypothetical situations.

“Would we want to see Naomi Campbell posing with a nice faux fur in a burned out synagogue somewhere? Or perhaps Gisele posing in work clothes around the gates of Auschwitz.”

While it’s considered a ghost city and has been uninhabited for over three centuries, Ani’s fallen churches and rubble against a backdrop for use in a fashion editorial in Turkey has clearly reopened old wounds for Armenians.

“How about a mountain of bones in the background? Armenian bones,” wrote a commenter named Ruben.

The Cathedral of Ani, constructed in the year 1001 and designed by celebrated Armenian architect Trdat is prominently featured in the spread, most notably in the shot below: 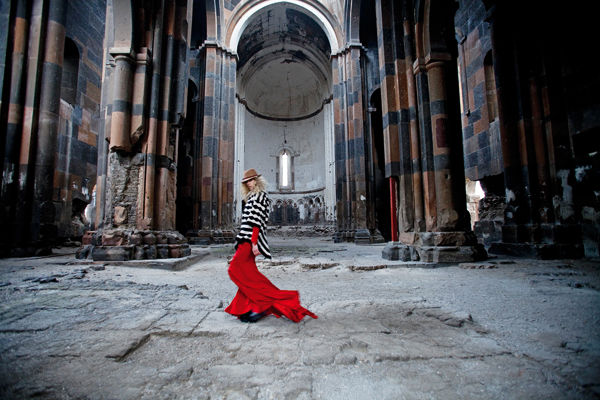 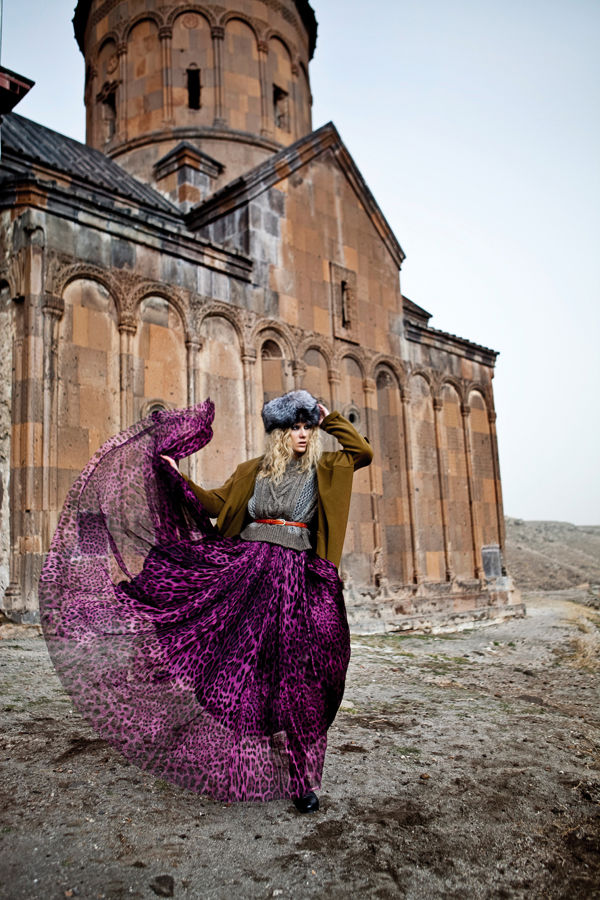 Though it remains unclear who designed the clothes, which feature long floral and animal print skirts in vivid colors as well as knit jackets and cardigans, the scenery captivated one anonymous commenter more than the fashion: “I didn’t even notice the clothes. I was too distracted by the beautiful setting.”

Recently Kuriositas, a blog about science, art and “everything in between” posted a long photography feature on Ani that includes its tragic history.

Twitter user @hkubra alerts us to the fact that in a slightly similar fashion, a portion of the Turkish public were angry that a fashion show was being staged in a historical 15th century madrasah,or learning institution last September. The show was meant to be held there in an effort to highlight the cultural and historical significance of the Turkish city of Mardin.  Hurriyet Daily News providers further context.

Another Tweeter, nhacizade pointed us to a posting on Turkish site Ermeni Haber about the shoot. “This show at the Ani ruins is a sign of Turkey’s disrespect towards Armenian cultural heritage” the text was translated as saying.