It is so much more.

Where it’s at weddings, funerals or even just a Friday night dinner, to Armenians, food is an essence of their being, of their culture and a big majority of what life is all about: to share a mouth watering smörgåsbord of dishes that can satisfy everyone at the table, and sneak some laughs and conversation in between.

Joie de vivre as the clever French like to say. The joy of living. 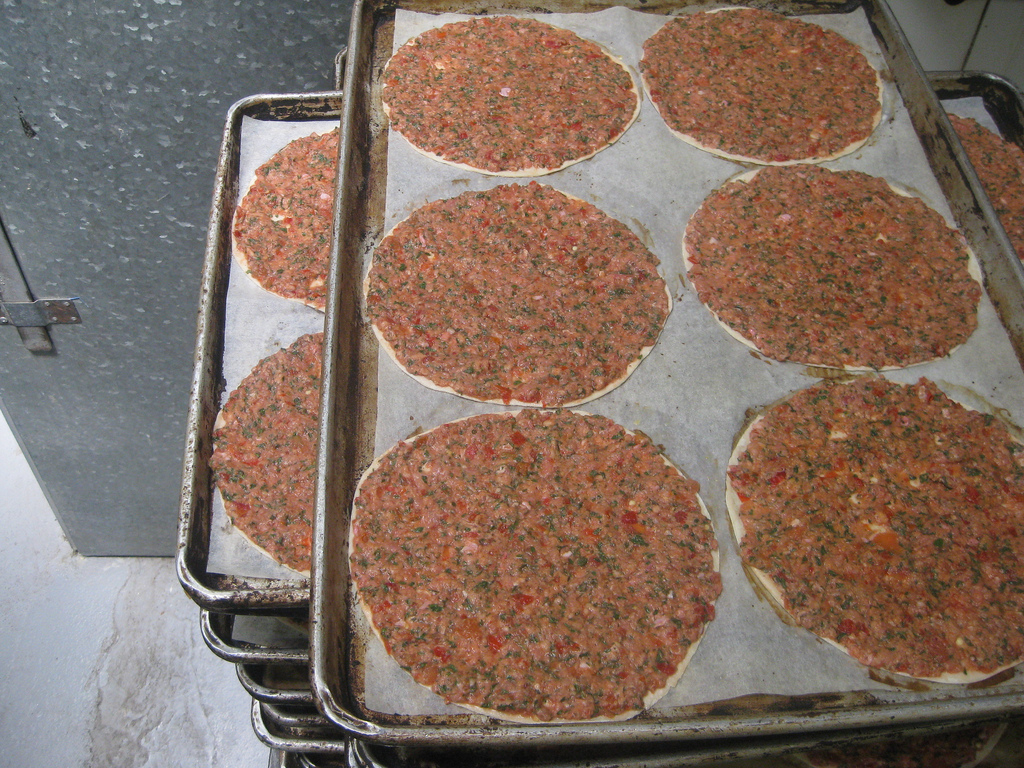 lahmajune carts are loaded before being put in the oven at A. Partamian Bakery/ by Liana Aghajanian

Just as we enjoy this certain joie de vivre ourselves, we love nothing more than to spread it to the masses of non-Armenians whose love affair with food clearly only scratches the surface.

“The only cure for that is to eat more.”

When there’s food in the belly, an Armenian is at peace.

And so it shouldn’t come as a surprise, that on a inconspicuous road in mid-city Los Angeles, sits a 62-year-old Armenian bakery full of  all the lahmajunes, boregs and paklavas you can manage to stuff your face with that has customers of all backgrounds traveling far and wide just to get a taste and take some home.

What might surprise you however, is that all the  delicacies that you will find brewing in the gigantic ovens at A. Partamian Bakery are actually prepared by two childhood friends from Zacatecas, Mexico. While the back story of how Leon Partamian’s family gifted the bakery to his ‘boys’ after he died unexpectedly three years ago is interesting in itself, there’s a bigger tale to be told here. 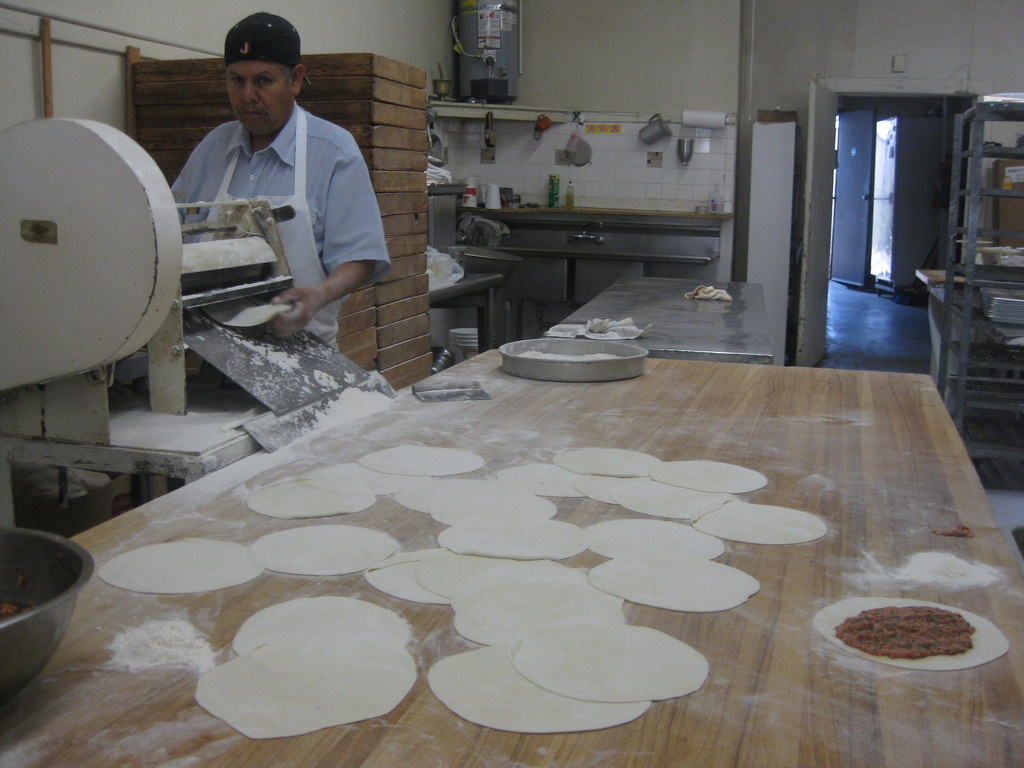 One where tapatio sauce and halvah live together in peace, while the same can’t be said for the real world outside the bakery. 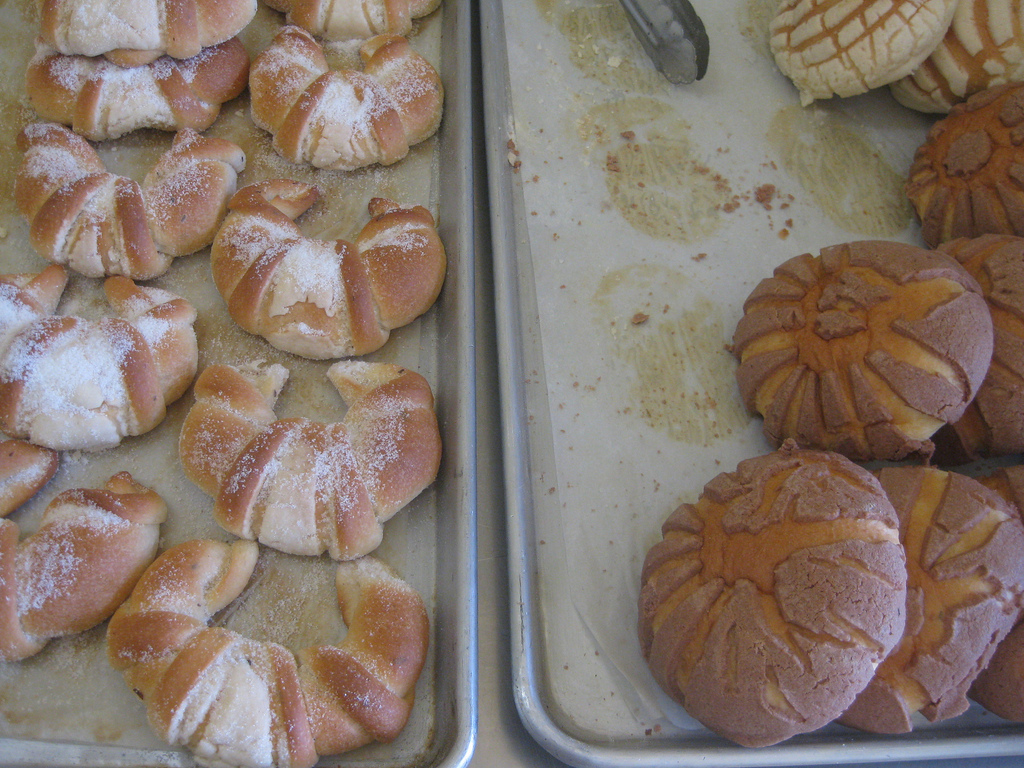 Conchas and other Mexican pastry specialties at A. Partamian Bakery/ by Liana Aghajanian

I first discovered A. Partmanian’s Bakery when I penned a piece for the newly relaunched Ararat Magazine about relations between Armenians and Hispanics in the past, present and future which covered ground from the deadly confrontations in the Los Angeles school systems to interviews with bi-ethnic Armenian-Hispanics on how similar both cultures are to each other.

In the last week, I also contributed a blog post on Onnik Krikorian’s Caucasian Knot about my perspective on Armenian and Azeri relations. It joined the ranks of posts by others – both Armenian and Azeri voices – and created a discussion on where we are, where we were, and how we can all move forward.

Both in my research and in my thoughts during and after the pieces were published, I began to think about a topic that interests me and baffles me at the same time: peace through progress.

While there are so many people on every which side to make this a reality, people who clearly understand the bigger picture, who realize that vengeance  and grudge-holding are steps in the wrong direction, there are still many who wont except these ideals.

I used to think that the power for change lay in the hands of a new generation of youth with open minds and open hearts, but a few experiences are starting to prove me wrong.

I was recently told that my Caucasian Knot piece sounded like  “a bunch of Hippy B.S.”

“I don’t want to be friends with Turks or Azeris regardless of cultural similarities,” my critic told me. “I want revenge for 700 years of oppression.”

The only path to Armenian freedom, lay in the use of weapons, I was further schooled.

On my Facebook feed, I came across a conversation about terrorism and The Lisbon Five, a group of Armenian men who stormed the Turkish Embassy in 1983, blew up the building, killing themselves in the process.

I began to smile.

Just then, as quickly as those men stormed that Embassy, I read the next line of his comment.

“If we all just went to war and killed all the Turks, I’d be down with that.”

I don’t know the answers or what the future holds, I just know that attitudes, comments and perceptions like this are doing nothing to help matters. Nothing.  Thousands upon thousands of years of civilization, of bloodshed, of violence, or destruction, and humans still haven’t learned. But I suppose that’s the nature of the beast.

Perhaps food is the answer.

Small dinner parties organized all over the globe where people can leave their egos in the umbrella box by the door and remember their humanity in between bites of dolma and sips of wine. A meeting place where  no matter how different you are, no matter what biases you might have, at the dinner table – you’re all equal, and starting over with a blank slate.

If all else fails, at least your appetite will leave satisfied.

If that sounds like too big of an undertaking, stop by A. Partamian Bakery when you’re in Los Angeles. And while you’re there,  try to decipher if the lahmajune you just ate was made with Armenian or Mexican hands and  more importantly, if it makes any difference. 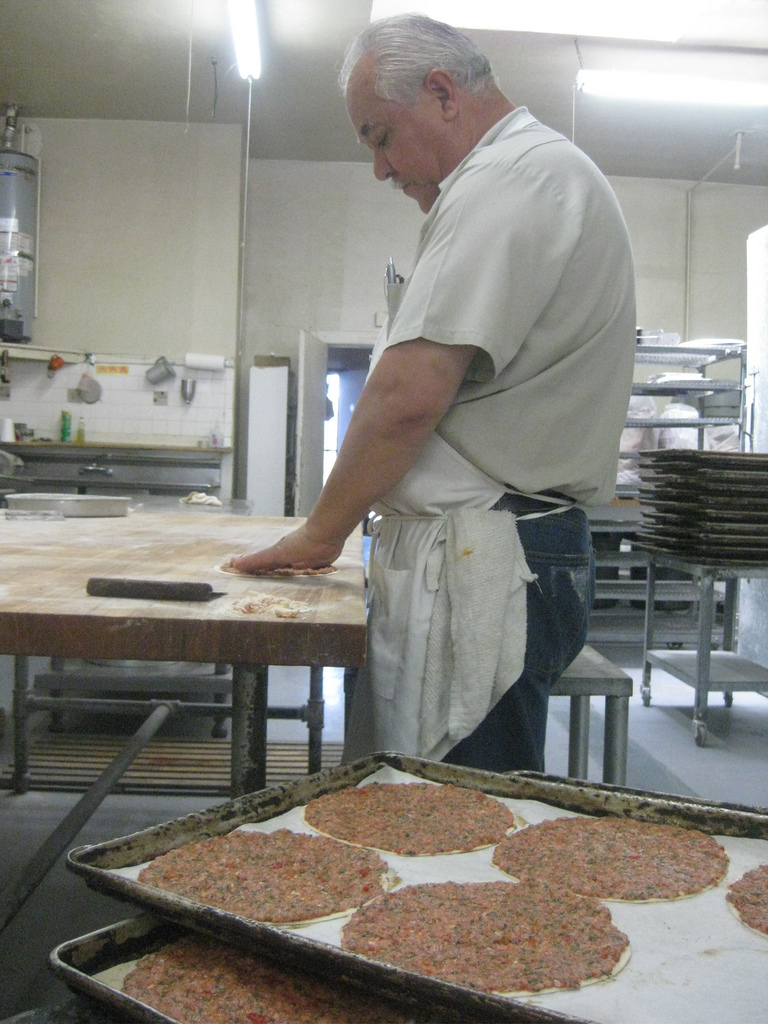