By Shant Krikorian September 1, 2009 in Commentary

The news of repair works on the Turkish side of the infamous Kars-Gyumri Railroad announced by the Azerbaijani Consulate in Kars last week, sent Azeris in a fierce and frantic prance across the dramatic stage of what has become the three-way “Turko-Armenian-Azeri Soap Opera” – on thawing relations and opening borders. Indeed, the Turkish imposed blockade on its border with the Republic of Armenia – since the conception of the Nagorno-Karabagh War, has been a sturdy reminder of the Turko-Azeri Alliance – well, until recently that is.

As Sargsyan’s “football diplomacy” has catalyzed the thaw of Turkish-Armenian Relations in recent months, nationalists on both sides of the Turko-Azeri Alliance have been quick to point out to a substantial destabilization of political norms in the region, if Turkey does indeed, decide to re-open its border with the ever so eager and willing, Republic of Armenia.

Süleyman Demirel, the ninth president of the Turkish Republic, has recently joined the ruling Azeri political class in condemning the possibility of such action:

“The U.S. often offered Turkey to open the border with Armenia but it never said what will be Turkey’s benefits in that case,” Demirel said. “Together with my friend, Heydar Aliyev, we laid the foundation of Turkish-Azerbaijani relations. But there are short-sighted politicians who can damage our ties.”

Demirel’s comments which quickly circulated amongst right-wing Turkish political circles in Ankara this weekend, clearly come into conflict with a general willingness of the Turkish intelligentsia and general populous, to begin anew, the process of Turkish-Armenian reconciliation.

Supporters of the status quo are quick to declare, much like the former Turkish President, that “Turkey has nothing to gain, but everything to lose”. But such flawed proclamations have become the last stance in fervent colorings of the pan-Turkic alliance. A political tone and mindset, which attempts to paint over the true colors of what Turkey really has to gain in this geopolitical arena.

Indeed, the latest economic studies have proven that in the hypothetical case of an open border, it is the Turkish border provinces of Ardahan, Kars, and Igdir – that will benefit the most, adding a predicted 20 percent, 24 percent, 21 percent, economic growth rate to each province, respectively. Such economic policy measures are necessary in provinces with declining population growth rates and skyrocketing unemployment posted at 31 percent last year – but furthermore, overshadow the additional 9 percent national economic growth rate predicted for Armenia. 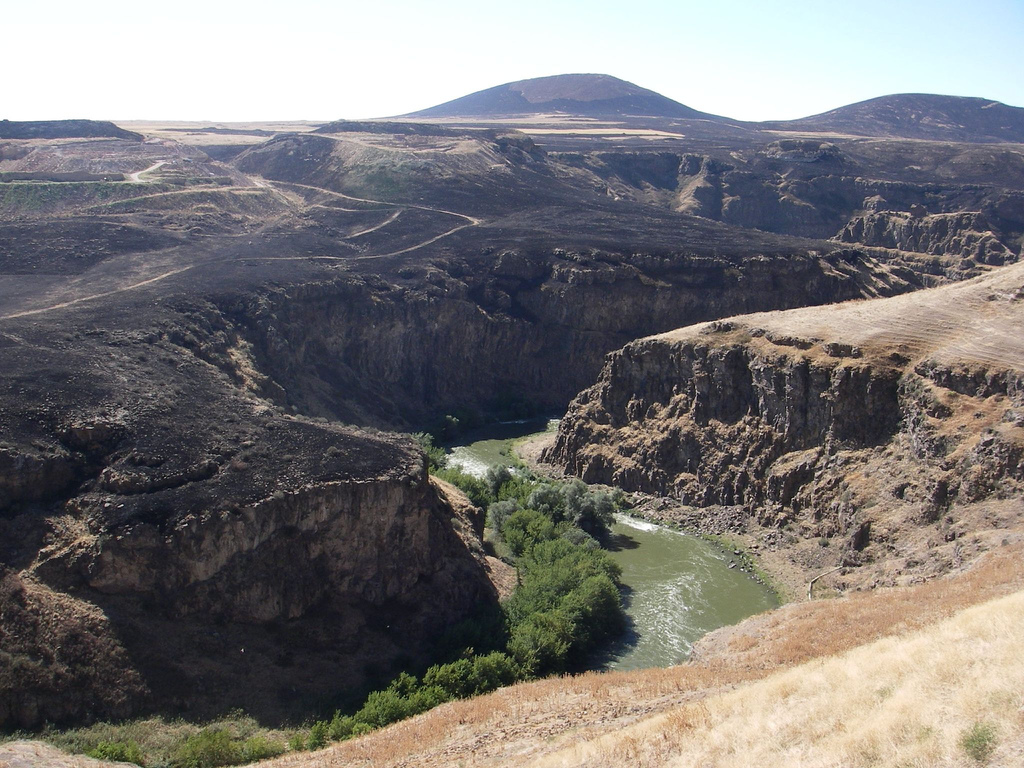 Possibly more important than statistics, lies the fact that Turkey’s EU ambitions wont be answered or welcomed, as the only state with a closed international border. In a union that was built on the concept of free trade and economics, Azerbaijan and its lobbying national interests deeply clash with that of Turkey’s aspiring, European ones.

Finally, perhaps in the final argument toward the opening of the Turkish-Armenian border, is the massive public relations campaign that the Republic of Turkey must take on to convince its European neighbors, that it is indeed, a valid economic ally: a responsible country, willing to make hard-decisions as an ensurer of peace and stability. If Turkey was looking for a “role-model moment”, this is it – and Europe is watching. Has Turkey evolved enough to quell its violent nationalism for the sake of prosperity?

It was the romantic, yet sadly unsuccessful vision of the Mayor of Kars, Naif Alibeyoglu – to erect a statue of lady Turkey extending its arm to neighboring Armenia. His controversial plan was silenced years ago, just before construction, by nationals who deemed him an “enemy of the state”. But now the dance has changed, and it is the Republic of Armenia, who has offered Turkey its hand for a dance in the arena of international politics.

If we are to begin to dedicate ourselves to untangling the messy and complicated “Caucasian Knot” and if Turkey is aspiring to truly become a key player in international politics – this is the first step that the Turkish Republic must take.

In retrospect, Turkey has everything to gain with the opening of its border with Armenia – and as Armenia has offered its hand, it is up to Turkey to grasp on the fingers of trade and mutual understanding.

As the world waits, it simply remains, “When will this dance begin?”

Armenia and Turkey announced that they would sign accords within six weeks under a plan to end a century of hostility on Monday, reported Reuters. Turkey hopes to open its border with Armenia by the end of the year.