By Contributor November 30, 2009 in Culture Vulture

Boasting over 14,000 members, this group promotes peace and understanding between, well you guessed it, Turks, Armenians and Kurds. Among recognizing that there are disputes between the aforementioned cultures, the group believes that solutions to disputes should be based on “mutual respect, sincere intentions, good will and gradual dialogue.” They also condemn the use of war and violence as a means of resolution.

2. I DO support SEXUAL REVOLUTION in Armenia

Created to hasten the burgeoning sexual revolution in Armenia, where sex is being talked about more openly and premarital relations are acknowledged and accepted, this group has a bit over 1,000 members from Armenia as well as the Armenian Diaspora. It also supports lively discussions about sexual stereotypes as well as the so-called embarrassment about even uttering the word “sex” in older generations.

Created by  Caucasus Editor for Global Voices Onnik Krikorian, the group was set up to establish contact between bloggers who reside or specialize in the countries of Armenia, Azerbaijan and Georgia. Recent posts include reaction to the verdict of Azerbaijani bloggers Emin Milli and Adnan Hajizade as well as a Georgian scandal involving the Orthodox Church. Although all posts can be found at their original Global Voices source, the integration of posts on Facebook make for easier reading.

Thanks to the Armenia Tree Project, over 3 million trees have been planted and restored in Armenia whose forests had been drastically reduced due to years exportation and illegal felling as well as an energy crisis. The project has also generated hundreds of jobs since it has been around in the last 15 years. Keep up to date with environmental developments and initiatives in the region by joining the ATP group, which has a little more than 1,000 current members. 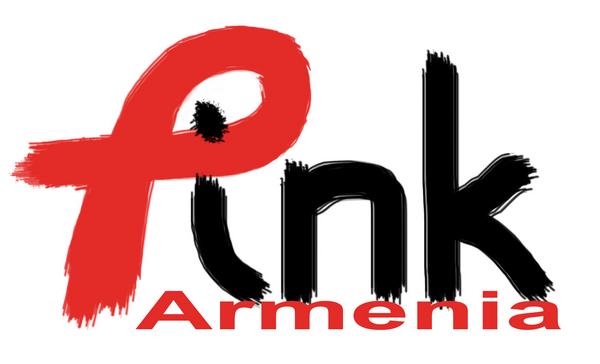 PINK, which stands for Public Information and Need of Knowledge is a non-governmental organization that organizes events, training, workshops and group discussions about sexually transmitted diseases, their prevention, as well as human rights and more. PINK Armenia also has a special concentration on the prevention of HIV as well as an aim to raise awareness about the stigma and discrimination against those who live with the disease. PINK, along with the Armenian Student Forum, Real World – Real People and Positive People Armenian Network is organizing a “Stop the Counter” action dedicated to World AIDS Day, which falls on Dec. 1.

6. Resetting Dialogue on Peace and Positive Change in the South Caucasus

Though the history of the South Caucasus is a troubled one, the group, “Resetting Dialogue on Peace and Positive Change in the South Caucasus” takes hope from  John Lennon’s song “Imagine” to start a conversation between new generations in the region. Though the group has under 150 members, it is a great, fresh launching pad for civilized conversation.

With over 1300 members, HENQ, which stands for “Hye Yerdasard Nor Kaghakatsiner” (New Armenian Youth Citizens) in Armenian, is a network that works to raise civic awareness and responsibility. It has worked on projects to promote youth involvement in both local and national elections and to promote volunteer work. Recent discussions include a concern over road and traffic safety in Armenia as well as a statement put out by HENQ in October concerning the Armenia-Turkey protocols where the organization stressed the importance of meaningful debate and discussion.

8. The Society of Open-Minded Turks and Armenians

Though The Society of Open-Minded Turks and Armenians requires a request to join, their goal is “to create an appropriate environment for free opinions, comments, criticism and appreciations regarding the various aspects of Turkish-Armenian relationships.” Due to the private membership, discussions are hidden from the public eye, however it is worth joining to find out.

One of the larger groups in this set, “Armenians of Facebook” is a fun, general interest group where Armenians from all over the world can connect. Wall postings are pretty eclectic, with events such as “Kiss an Armenian Day,” announcements of new sites and ventures, as well as listings by those looking for friends and relatives.

“Animals need our care and help,” reads the tag line of this group which was created to keep members informed about the state of animals in Armenia and how to help them. The group posts news items as well as videos about animal protection in Armenia. Creator of the group Ovsanna Hovsepyan has also co-produced the documentary, “Voice of the Voiceless,” which details the life of factory farm animals in Armenia from birth to violent death.