By Contributor November 25, 2009 in Commentary 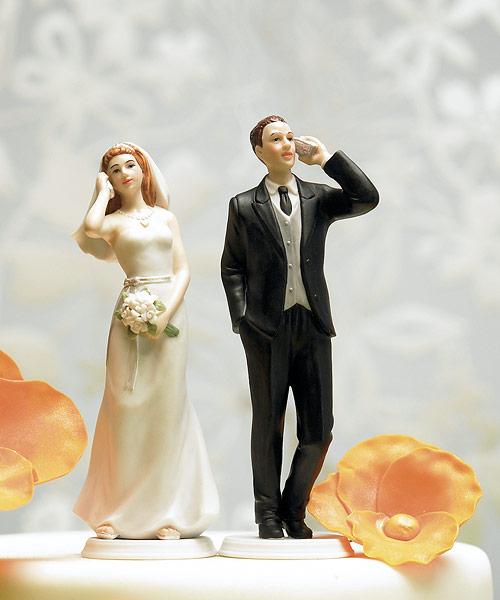 The amount of weddings I have been dragged to throughout the years is more than I would like to admit. It’s no secret that Armenians generally have enough family members to equal the population of a small village, or perhaps even three. Even if you happen to be the friend of Sako’s second cousin’s neighbor, count on getting an invitation to his wedding.

After having so many weddings under my belt, I have come to think of them not as a joyous occasion marking the union of two people who love each other (or love each other’s money), but as the most boring, annoying and unnecessary diversion of time I can possibly imagine. In fact, I would not even blink an eye if I never received another wedding invitation ever again. Unfortunately, as we often find out, what we want and what we get are two wholly separate issues, and what I got in the mail a few weeks ago turned out to be another wedding invitation.

Why must I be subjected to this suffering yet again.

I was about to keep on whining and moaning about the ordeal until  I realized that it was unlike any wedding invitation that I have received before – it was a Persian/Mexican wedding.

Immediately my mind jumped around in a haze to the number of possibilities this presented.

Will there be a mariachi band?

Will I be able to actually experience a ceremony in a mosque!

Maybe the mariachi band can learn an Andy song – in SPANISH!

Will I get to hear vows in Farsi?

There better be some horchata.

Before I could go on, I had to stop myself and figure out why I had gotten so excited about an event I abhor. After some time, I finally figured it out:

The possibility of a Persian infused Mexican wedding or vice versa tantalized me because I was so used to seeing so much of the same old same old at Armenian weddings, that the thought of experiencing all the freshness and vibrancy a multi-cultural wedding had to offer sent me in a tail spin.

In case you’ve forgotten about the staleness, over cliched and ludicrous atmosphere of an Armenian wedding, here’s a refresher:

Hoards of family members line the streets, bearing gifts on their head and dancing to the tune of hired traditional Armenian musicians, much to the shock of neighbors who probably think their street is being taken over by a large group of gypsies. The end of the world is near.

Then the dancing begins. Oh the dancing. Women, who apparently take showers in a combination of hair spray and perfume begin flailing their arms, which is a bit difficult with the type of  corsets they’ve squeezed themselves into. Soon enough, the bride, who has decided to take the entire collection of makeup that MAC has to offer and somehow find room for it on her face, comes out. Her hair has been singed into tight shiny curls that cascade on her head like  a flammable waterfall. She dances, making her way to the middle, while old men in suits throw dollar bills around her as if she’s the main attraction at a stripper bar.

Getting to the church is the next step and while this is no different than any other “Christian” couple getting married, the way in which we tend to arrive is a whole other story. Stretch limos that go on for miles, with built in disco balls and champagne or even worse, gargantuan Stretch HUMMERS, so you know, everyone knows that you’re coming. Then comes the ultra long church service in gibberish you can barely understand, following by the one of 10 Armenian banquet halls to choose from where a cheesy Armenian singer who charges obscene amounts of money is there to serenade you with the classic songbook of a one Ricky Martin. I could keep going, but I’m sure you get the picture. If you have your suspicions about any of this being true, all you you have to do is visit a site like Harsanik, the premiere Armenian weddings and wedding directory destination.

The fact I’m trying to hammer home is that Armenians have tunnel vision when it comes to weddings. It’s as if everything, from the dress, to the food, to the preparations and wedding party has to fit inside a predetermined set of conditions – God forbid we stray away from the norm and do something different, like have a smaller wedding with close family and friends who actually care about the individuals tying the knot. or divert the menu from an endless supply of mezzes and kebab to something else. You don’t have to have your wedding in a banquet hall or hire  “Ara the DJ” or wear the whitest, puffiest dress you can find. You don’t have to have a wedding party of 15 or hire cheesy photographers who will make you look like every other Armenian couple you’ve ever seen. Really, you don’t. It’s OK to be different, I promise.

And you know, if you prefer the way things are, then that’s fine too. It’s your wedding after all. As for me, I’ll be thoroughly enjoying that Persian/Mexican wedding when the time comes. Adios.